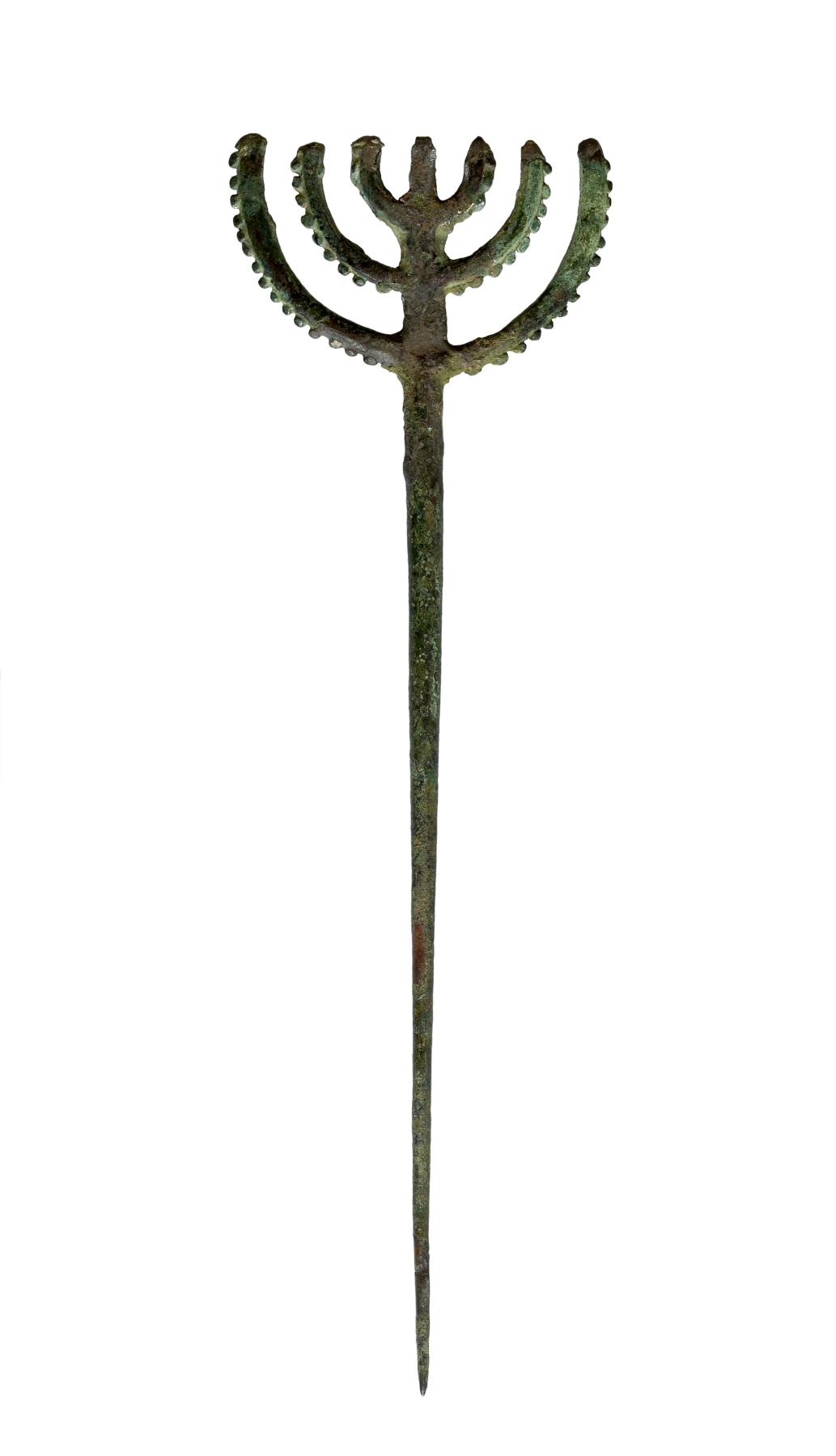 This long, straight pin may have been used by a Jewish woman to fasten her clothing, or to ornament her hair. In earlier periods, in ancient Greece and the Roman Empire, pins like these were used to fasten cloaks. These pins have been found with a variety of decorative forms (such as circles and swirls) at the top.