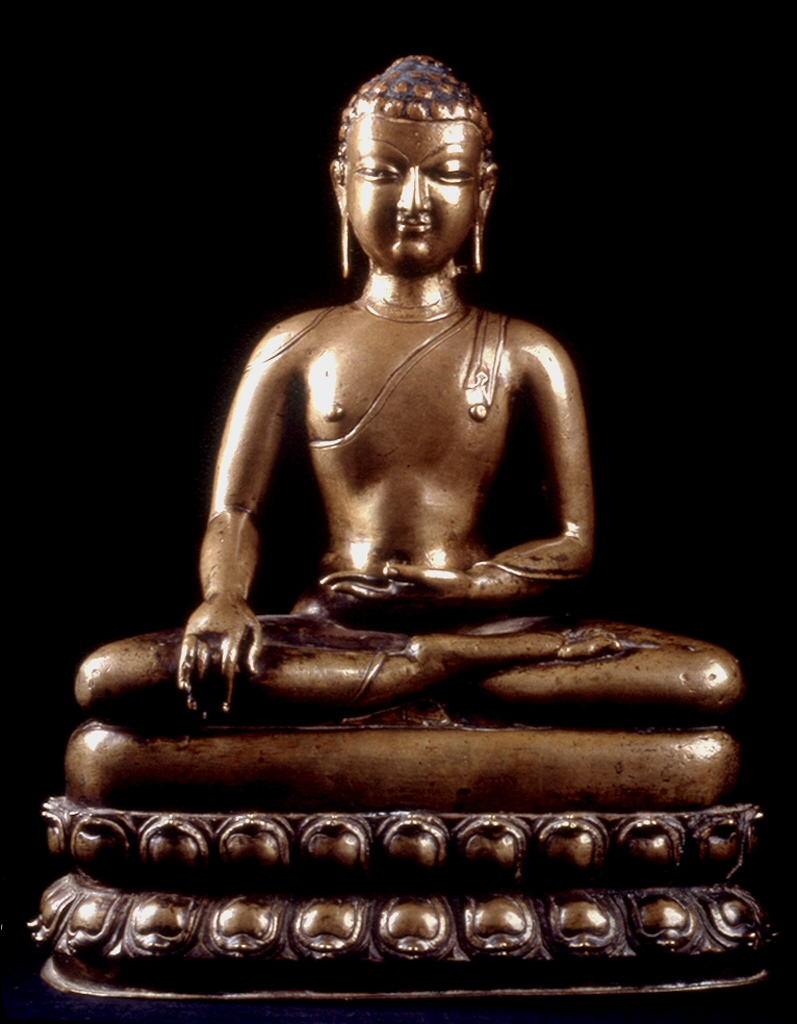 A part of the short inscription on this image suggests that it represents one of the cosmic Buddhas, Akshobhya ("imperturbable"), sometimes assigned to the east, sometimes to the central position. The early traditions of the Guge kingdom, the result of influences from Kashmir, faded after the monk Atisha arrived from Pala India during the mid-11th century, bringing with him a somewhat different form of Buddhism and new stylistic ideals.