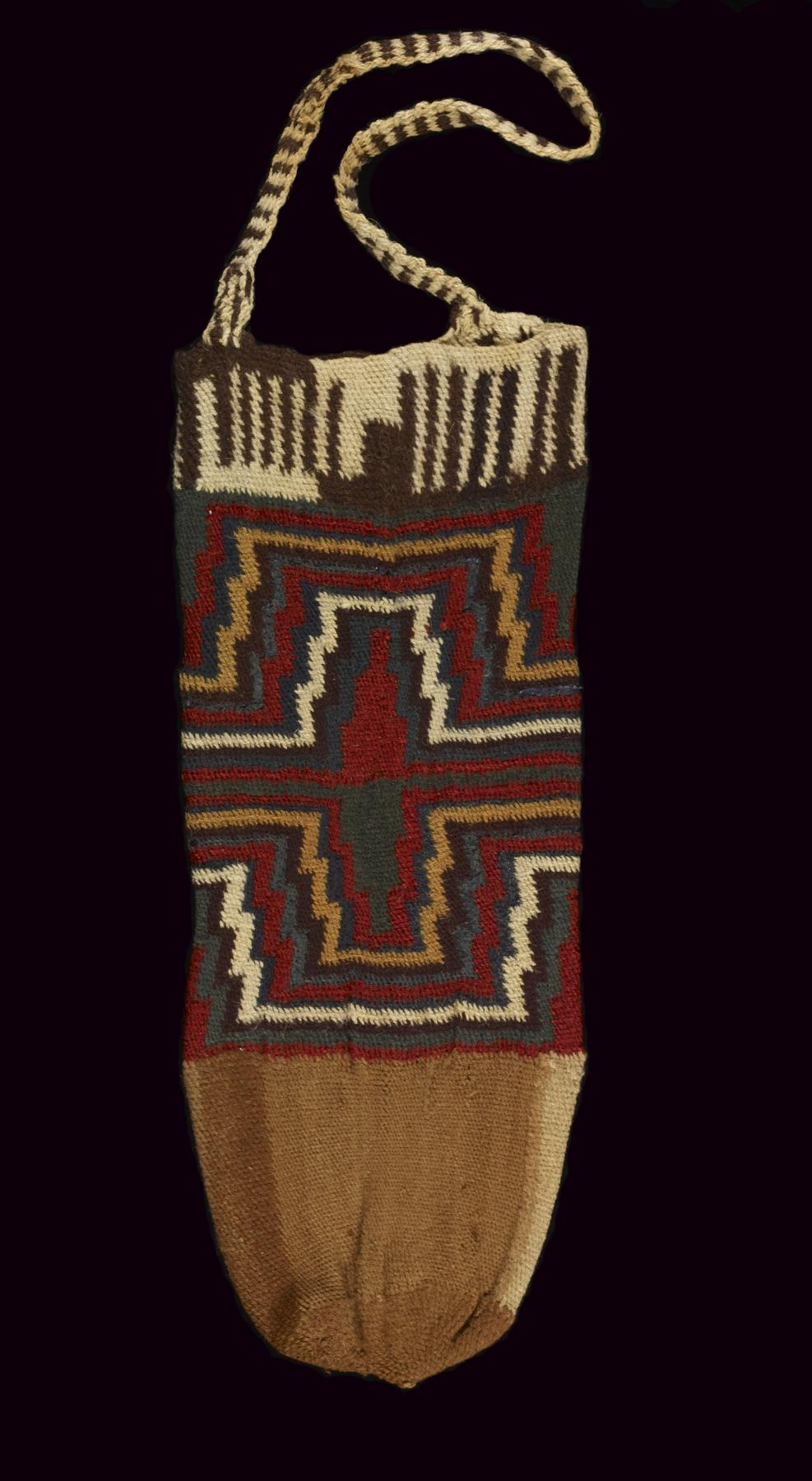 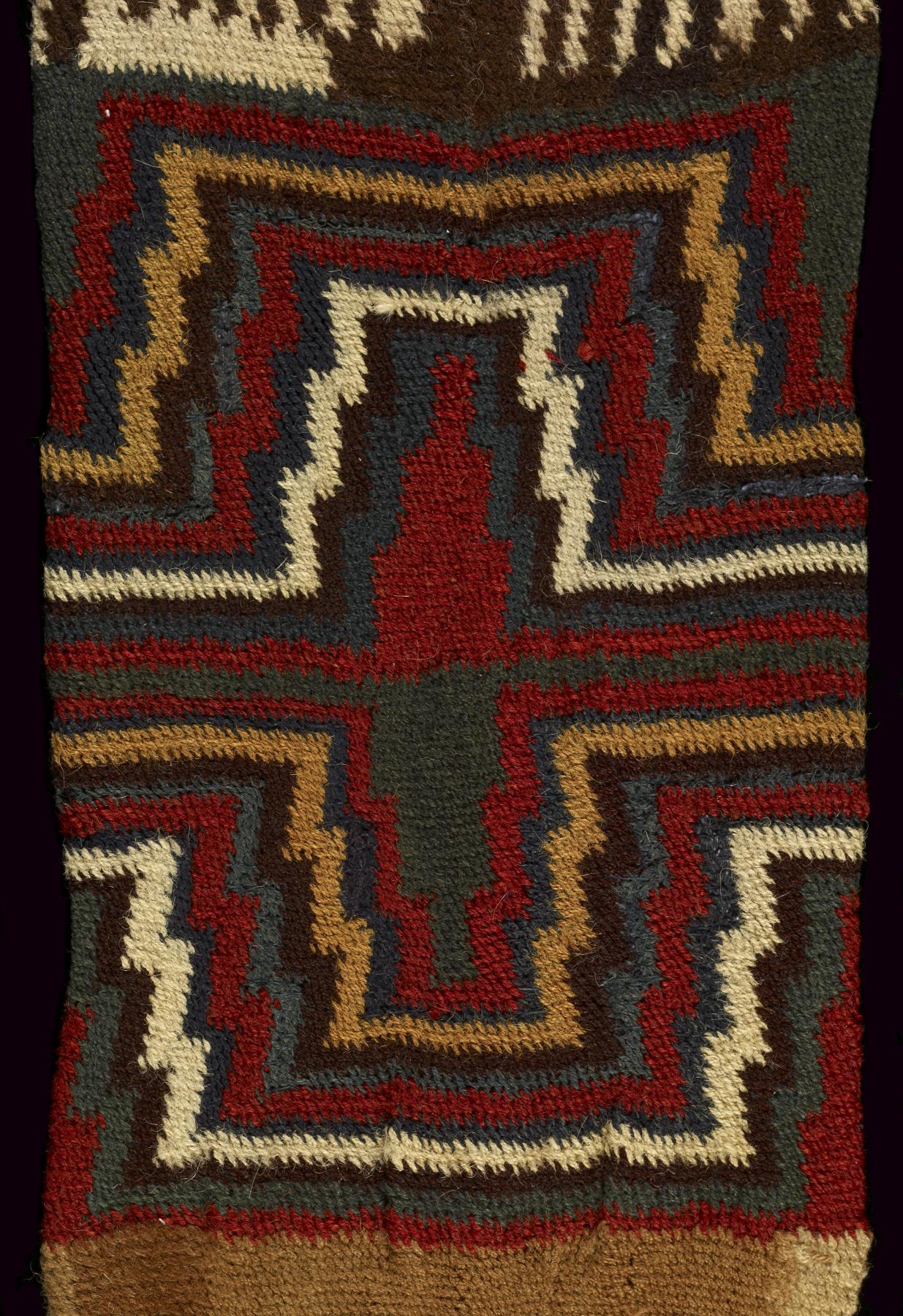 The remarkable preservation of this carrying bag suggests that it might have been an offering placed in a grave or tomb. While bags used for carrying coca leaves (see below) are an important part of ritual as well as practical life in the Andes, this larger bag, with elaborate decoration, could have served a dual purpose, not only to carry objects, but also to advertise the user’s identity from afar. These large bags are one of the characteristic creations of the Sihuas culture. The bag’s decoration, which mirrors opposite colors across a central horizontal midline, shows an abstracted, stepped diamond pattern. The use of geometric patterns, including step frets, stripes, and quadripartite designs, seems to have been a shorthand to express conceptions of the divine. In this case, the pattern may reference an abstract rayed deity that is shown more fully fleshed out on the other Sihuas piece that is included in the gift. The Sihuas culture, slightly preceding the better-known Nazca in various river valleys near Arequipa, has only begun to be differentiated and defined over approximately the past 30 years.