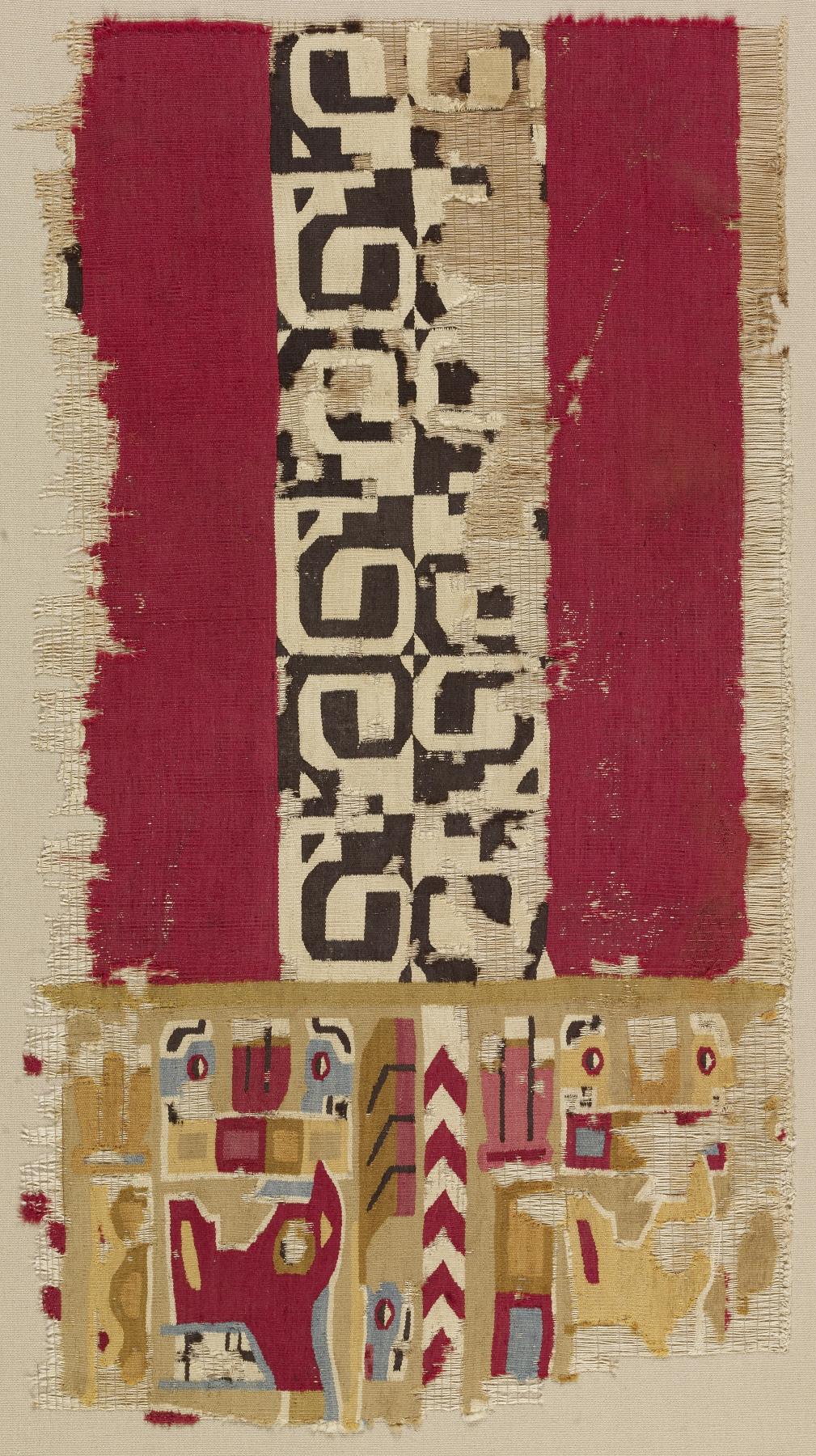 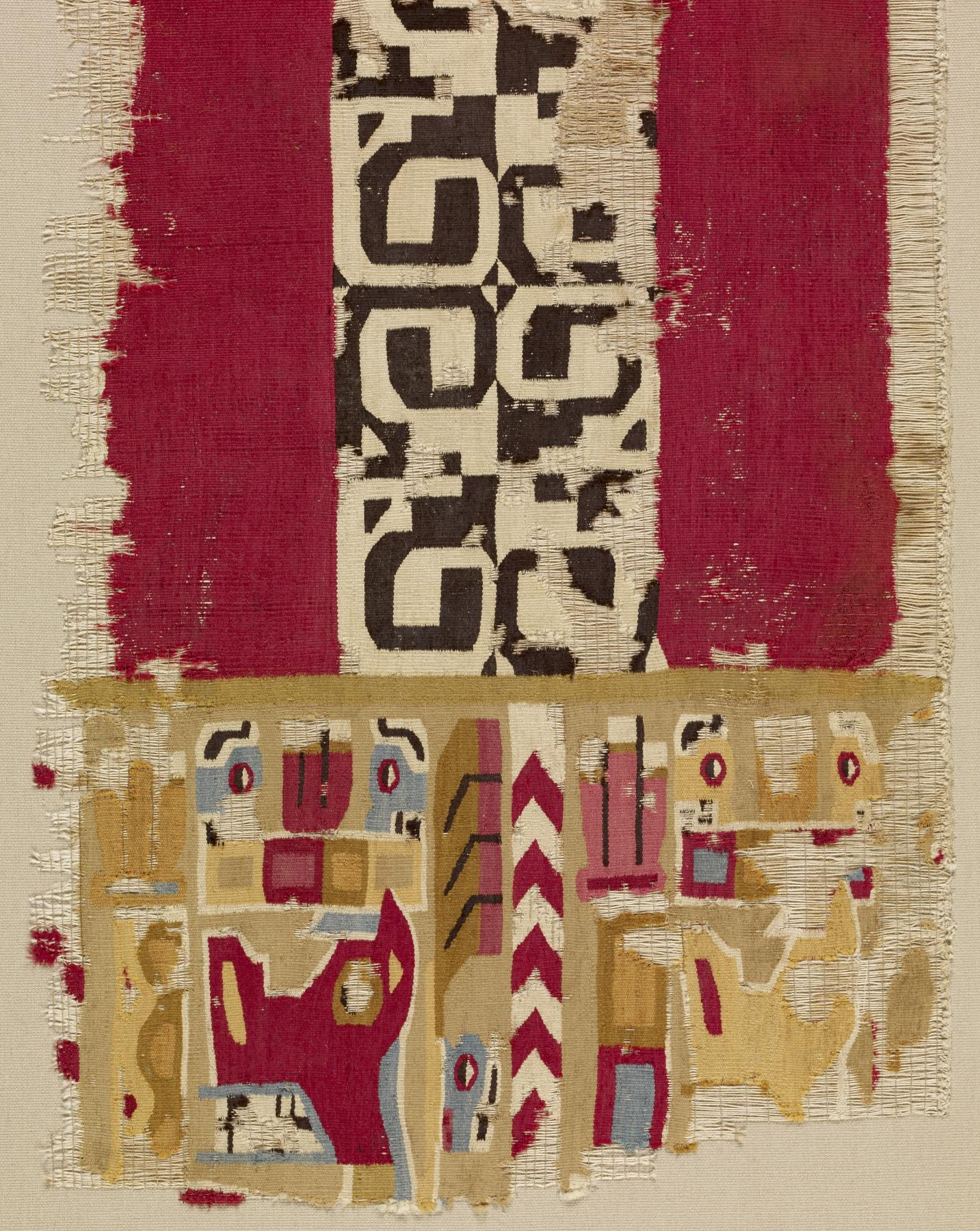 This is a fragment of what would have been an incredibly arresting Huari tunic, with the black and white stepped fret on a red background, interspersed with staff-bearing figures below (only the tops of the figures have survived.) This hints at the powerful religious tradition that had spread from the site of Tiwanaku in Bolivia to the central coast of Peru and was conveyed in a great deal of Huari art. This figure, shown in profile holding a staff, is based on a central figure at Tiwanaku’s Gateway of the Sun monument, and represents a deity likely related to the worship of the sun, or to a supreme primordial deity similar to the Inca god Viracocha.