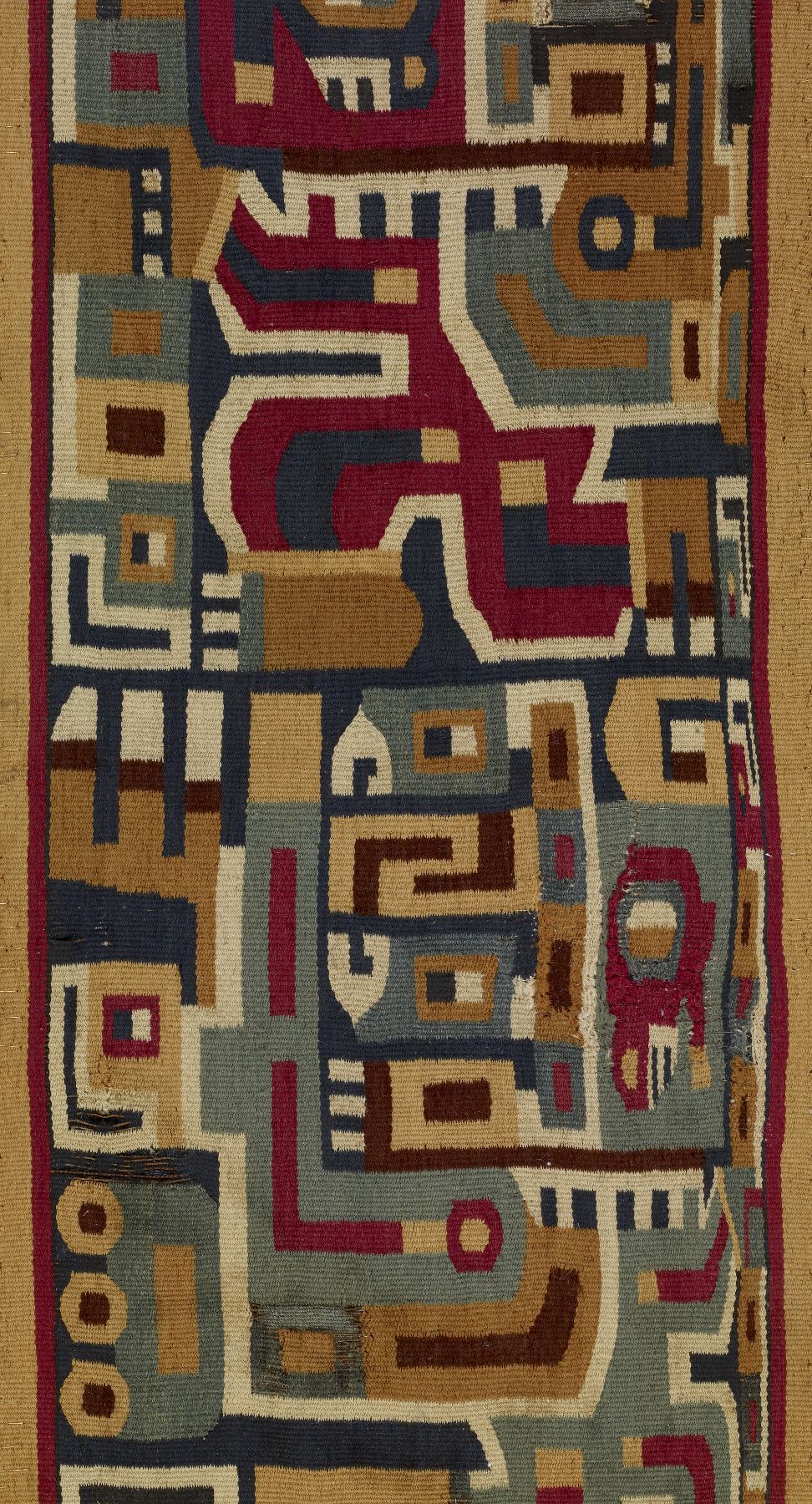 This example shows the full conceptual sophistication of Wari textiles, which were in some ways like Cubist paintings, employing techniques in weaving of expansion, compression, rotation and transformation of forms. In this panel from a tunic, for example, what appears at first to be an almost totally abstract weaving is revealed, with careful looking, as two figures, arranged vertically. The two are based on gods with staffs shown in profile, such as those from relief sculptures at Tiwanaku, whose belief system they seem to have shared. At the top of the panel, a figure in red with a rectangular and stylized head faces left, with a hand on the left side wrapped around a staff which ends at the bottom in a puma head. Below this, a second figure, facing right, with stylized head thrown back, surmounted by a headdress which includes two condor heads. In this figure, the emphasis is on his rainment at the left of his body, with an outstretched arm at top, puma head and feathers at a belt or waist ornament, and another puma head by the figure’s foot. These figures are initially so difficult to see because the Wari weaver simplified, exaggerated, compressed or expanded, and turned 90 or 180 degrees portions of the figure. As a piece actually meant to be worn, this panel would have been part of a tunic that itself fluttered and moved with the weaver.