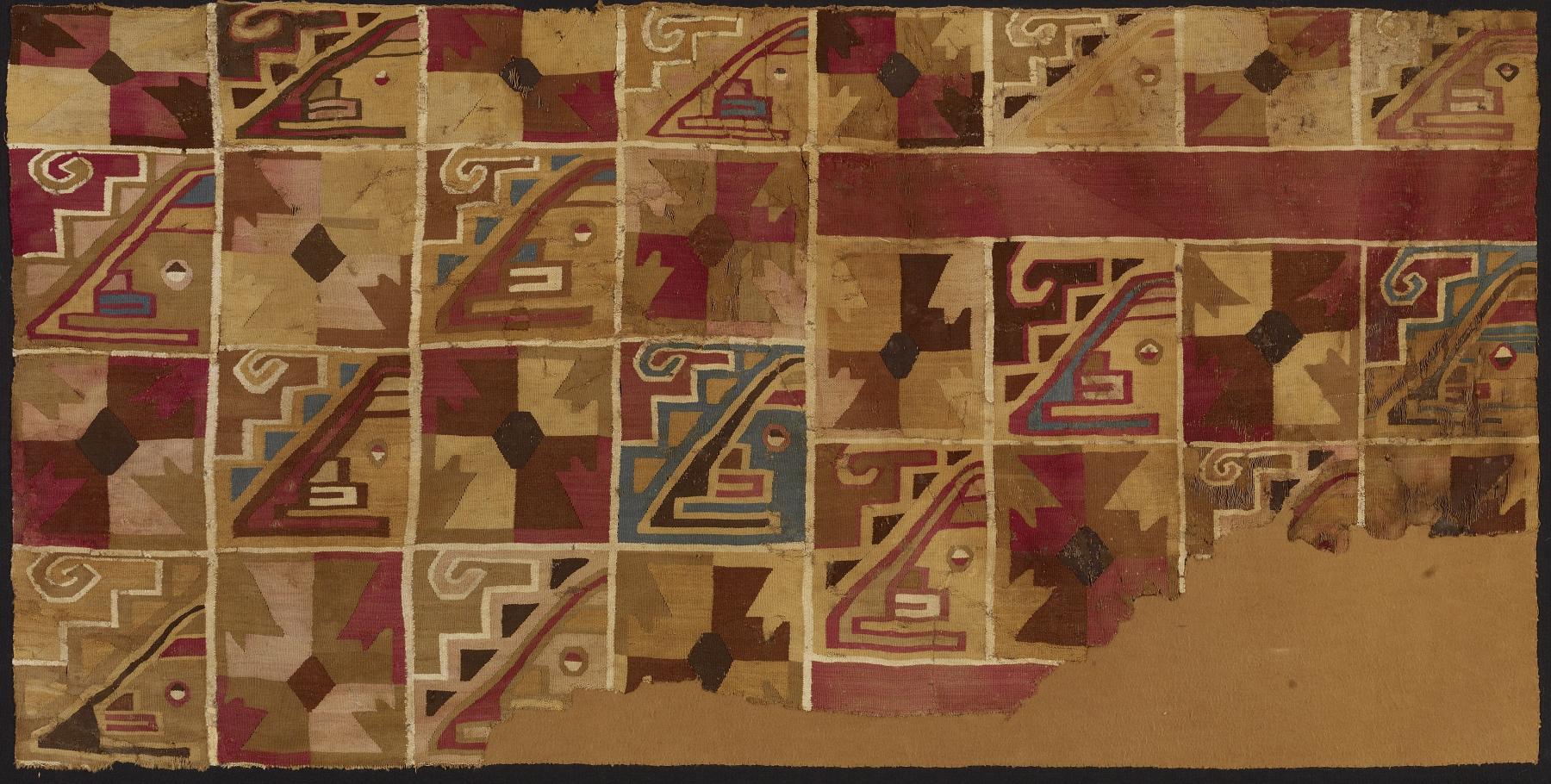 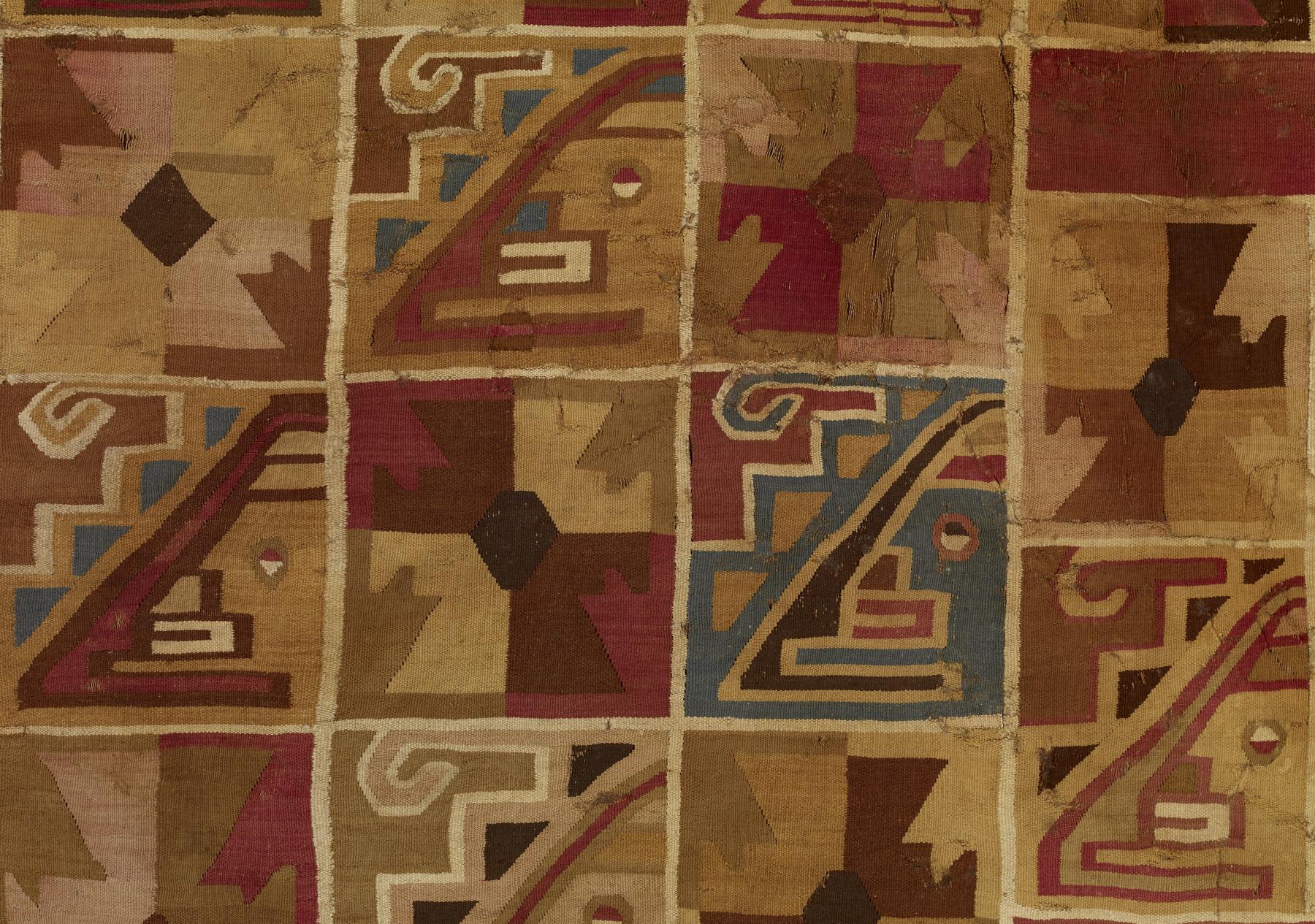 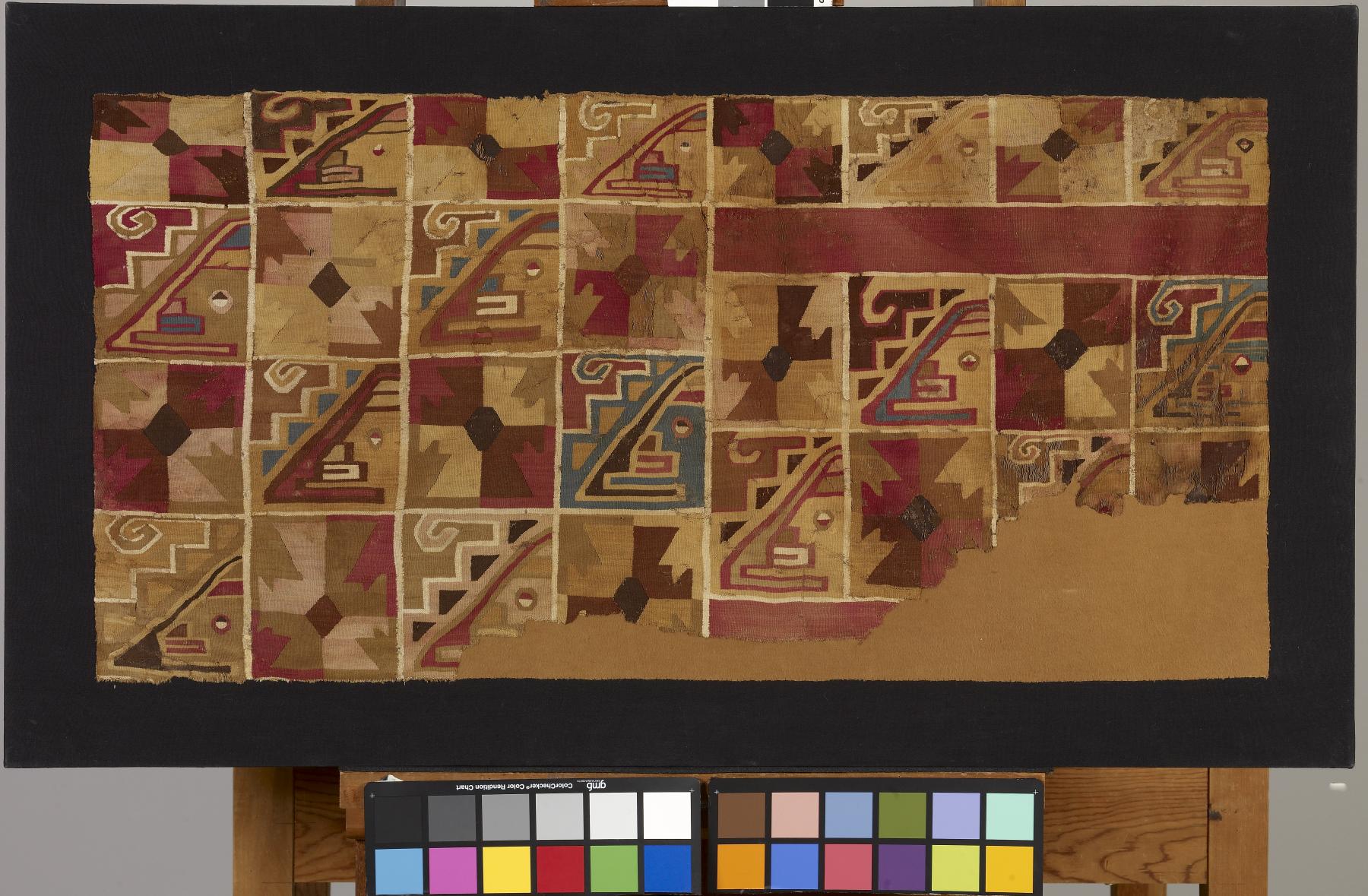 Huari (or Wari) tunics are some of the most complex textiles produced in the ancient Americas. They are usually conceived on a grid pattern, with vertical rows of squares separated from each other by thin borders. Images within those borders are very geometric, sometimes to the point of being nearly illegible. This is acomplex Huari piece, executed in a range of reds, pinks, tans, with portions of blue. Its alternating squares are similar to later Inca tocapu patterns. In this example, squares that are diagonally divided with a stylized human head at bottom right and abstract step fret at top right, alternate with those showing the “Andean cross” pattern. To change the visual “rhythm” of this patterning, long red rectangles ran across the right side of this panel. The damage to part of the right side of the textile may be due to its having been in contact with a mummy bundle or other perishable substance in a tomb. While shown horizontally here, this panel was probably originally oriented vertically on a tunic.