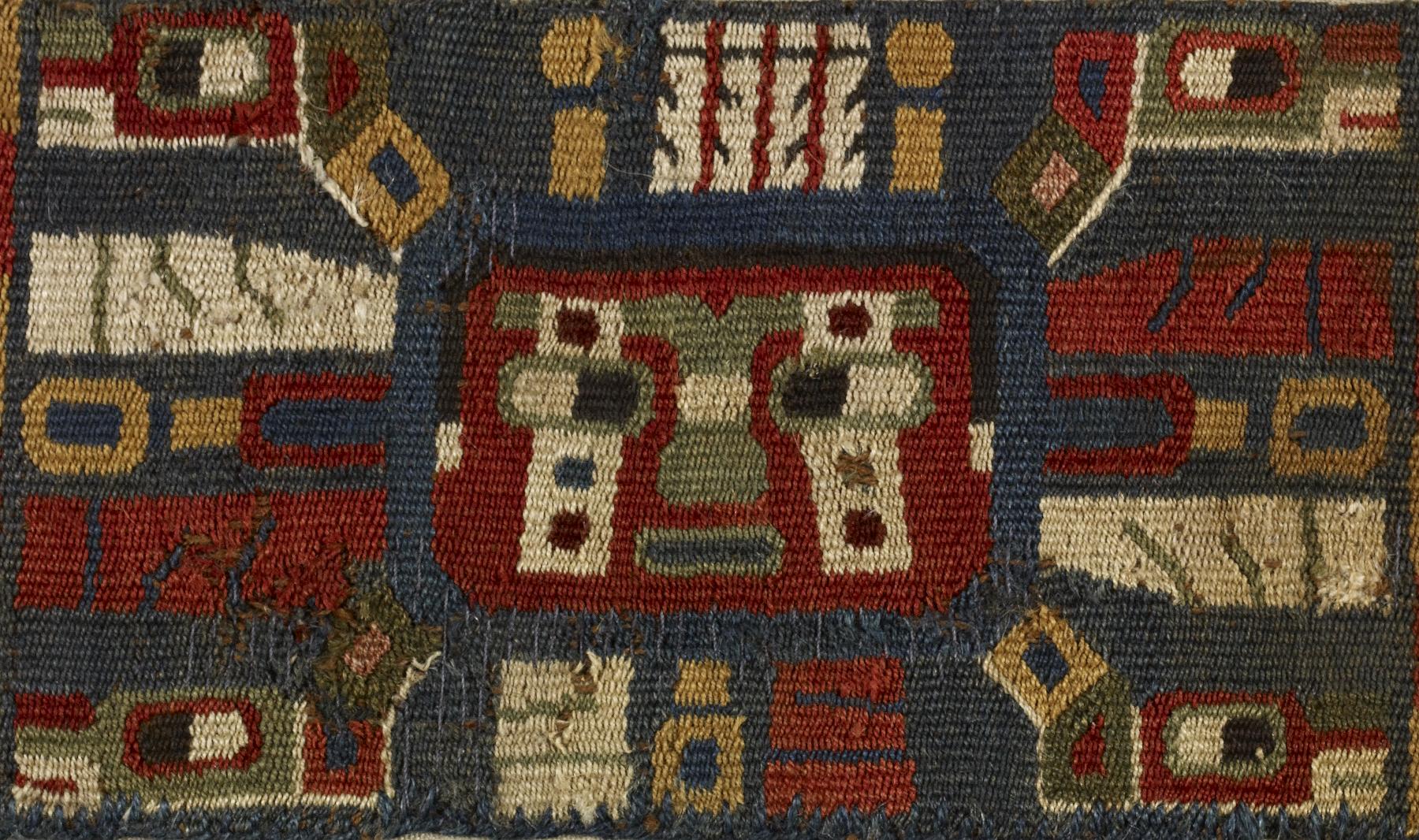 This piece is a simplified representation of a Sun god or deity shown standing frontally, an almost direct quotation from the Gateway of the Sun monument at the site of Tiwanaku, although simplified and amplified by the use of saturated colors. The figure is missing two flanking staffs, but has ray-like forms emanating from it, with these headdress elements or appendages ending in puma heads. The monument’s entourage of winged figures in squares that flank the central figure is also here replaced by the white and red checkerboard pattern, which the Inca culture would later harness for its visibility in tunics for their emissaries