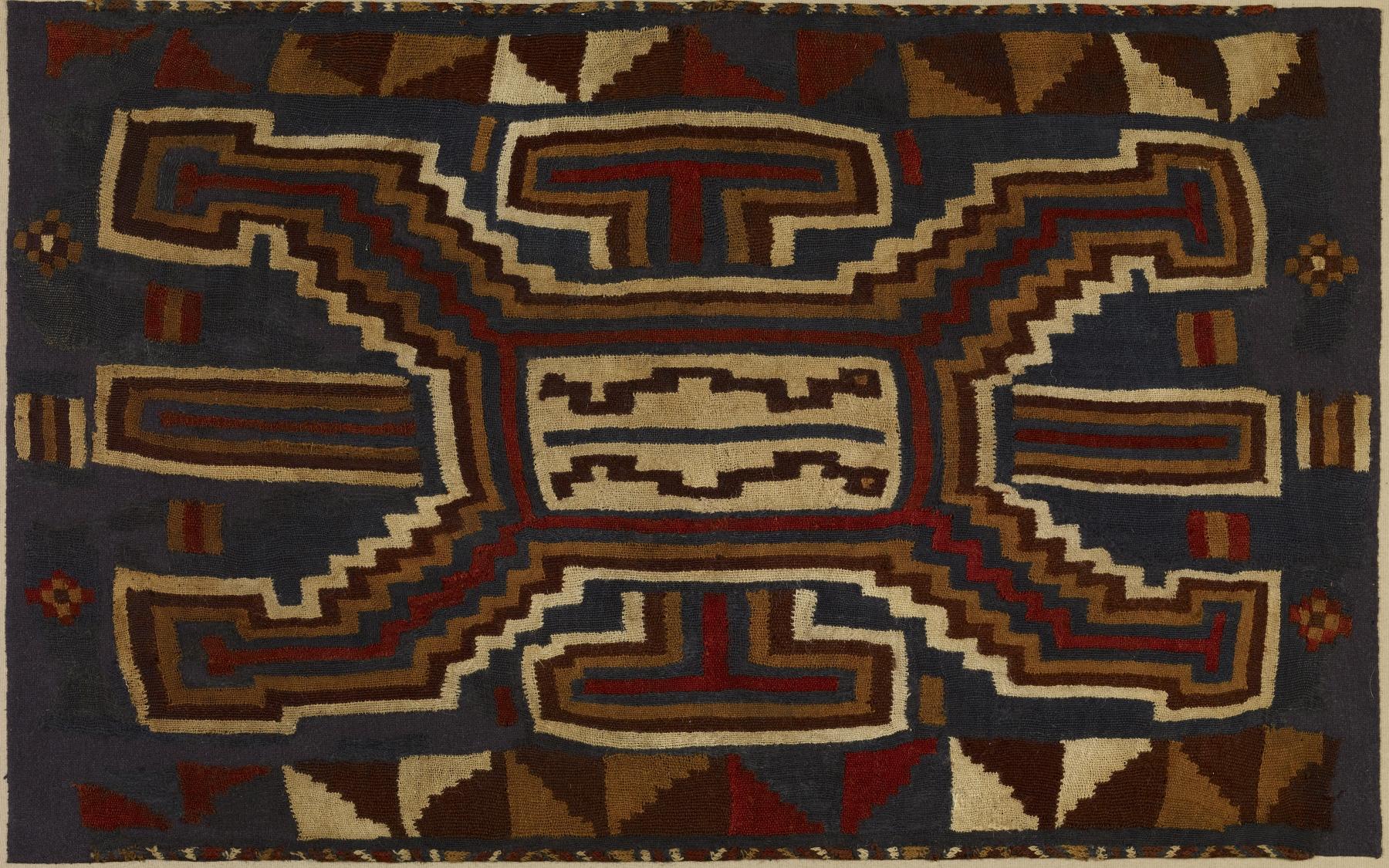 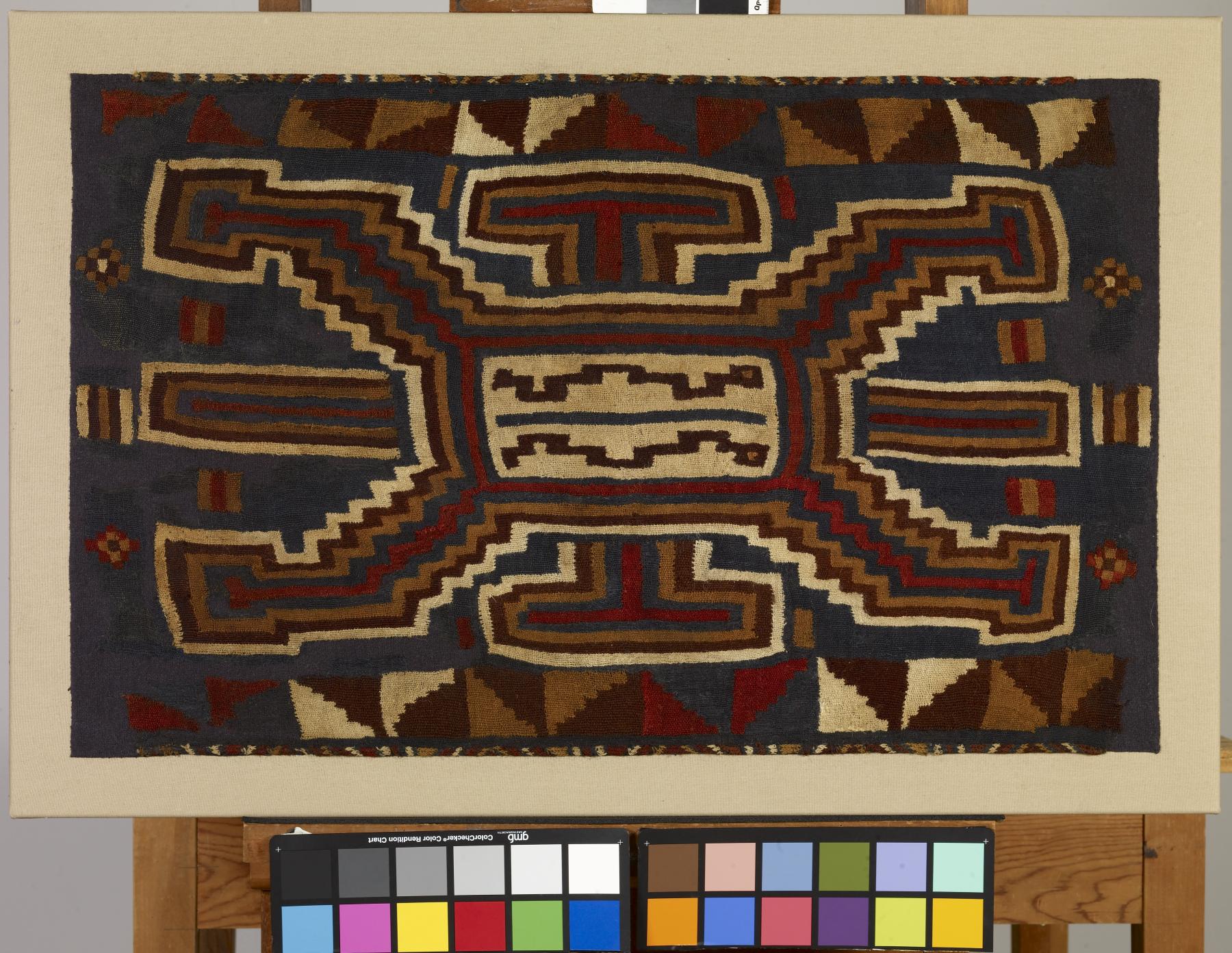 This abstract Sihuas textile panel shows yet again the simplification and geometricization of these textiles, particularly in the later parts of the civilization’s chronology. This panel shows an abstracted deity with rays emanating from it. It would have been oriented vertically, with the small squares in the central white square standing in as eyes, with abstracted tears flowing from them. Although the precise meaning of these weeping eyes is not well-understood, it was common in the iconography of later Nazca and other cultures. Variants of this rayed deity are some of the most characteristic iconography of the Sihuas culture, with their degree of detail and realism varying significantly. The four-part crosses at the top and bottom of the panel (when oriented vertically, as it should be) also presage the Andean cross so important for Huari textiles. It is interesting that the deity is shown with eight days, perhaps referencing spiders, whose skill at spinning and weaving made them of great importance in Andean folklore.