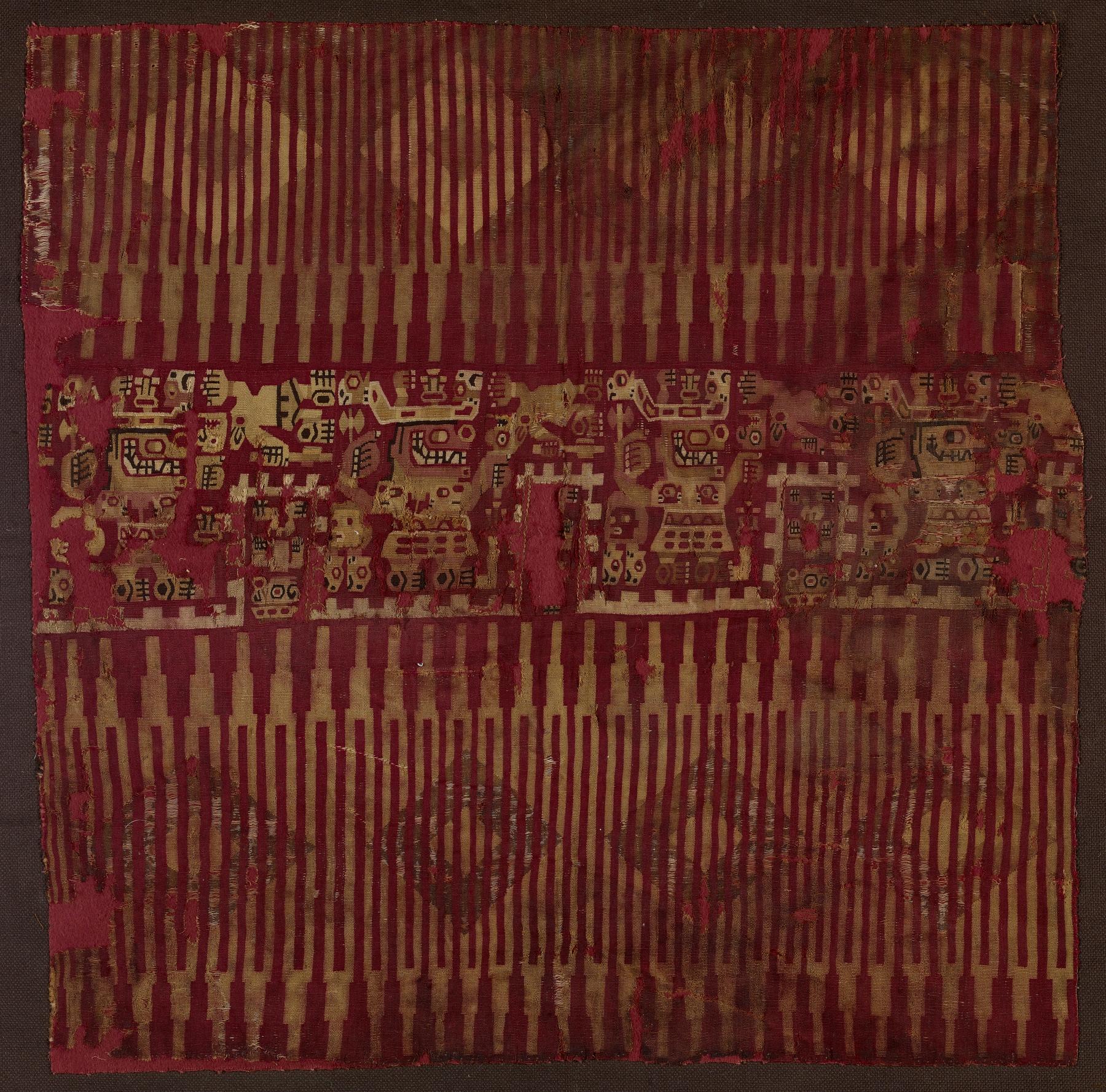 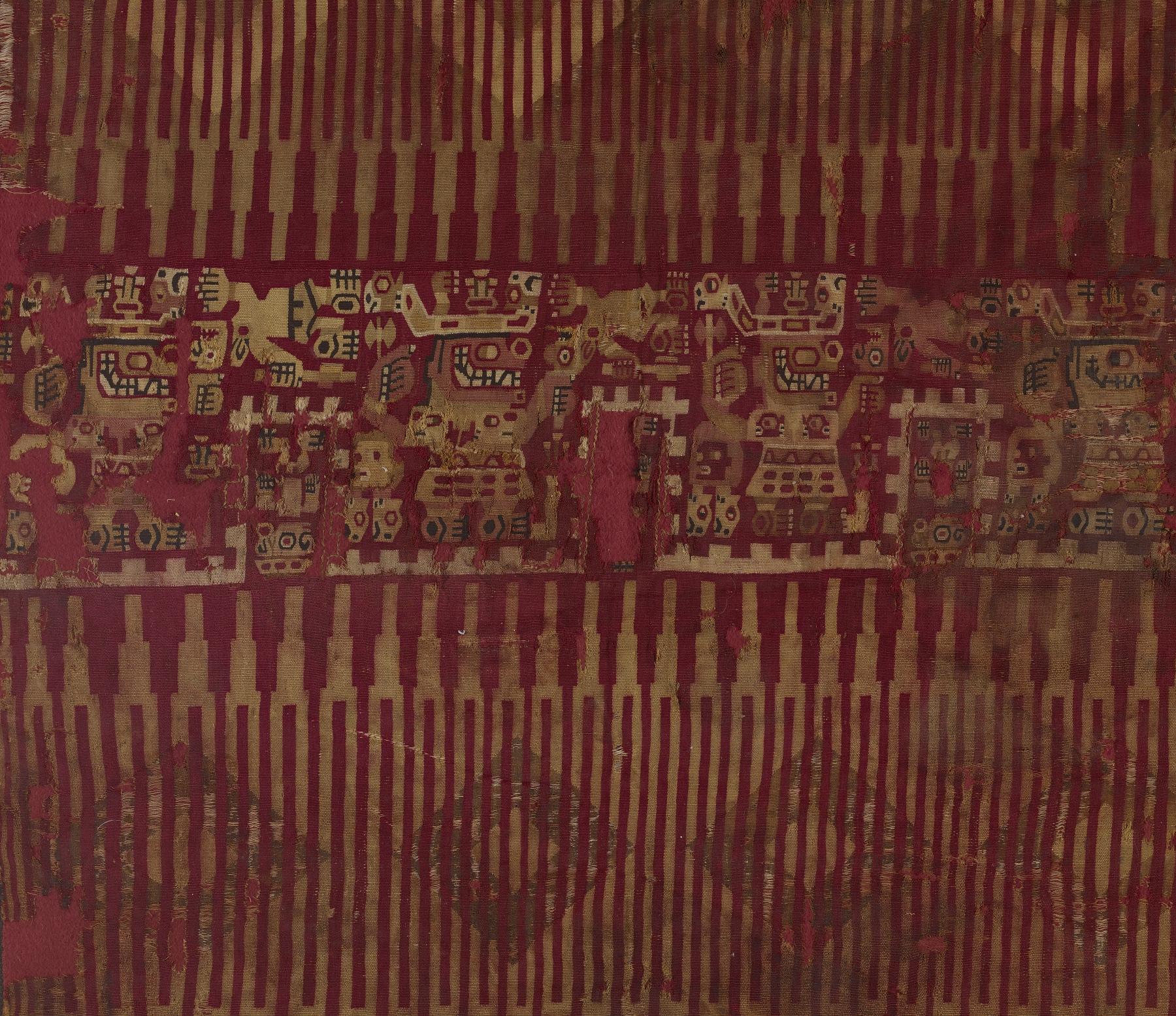 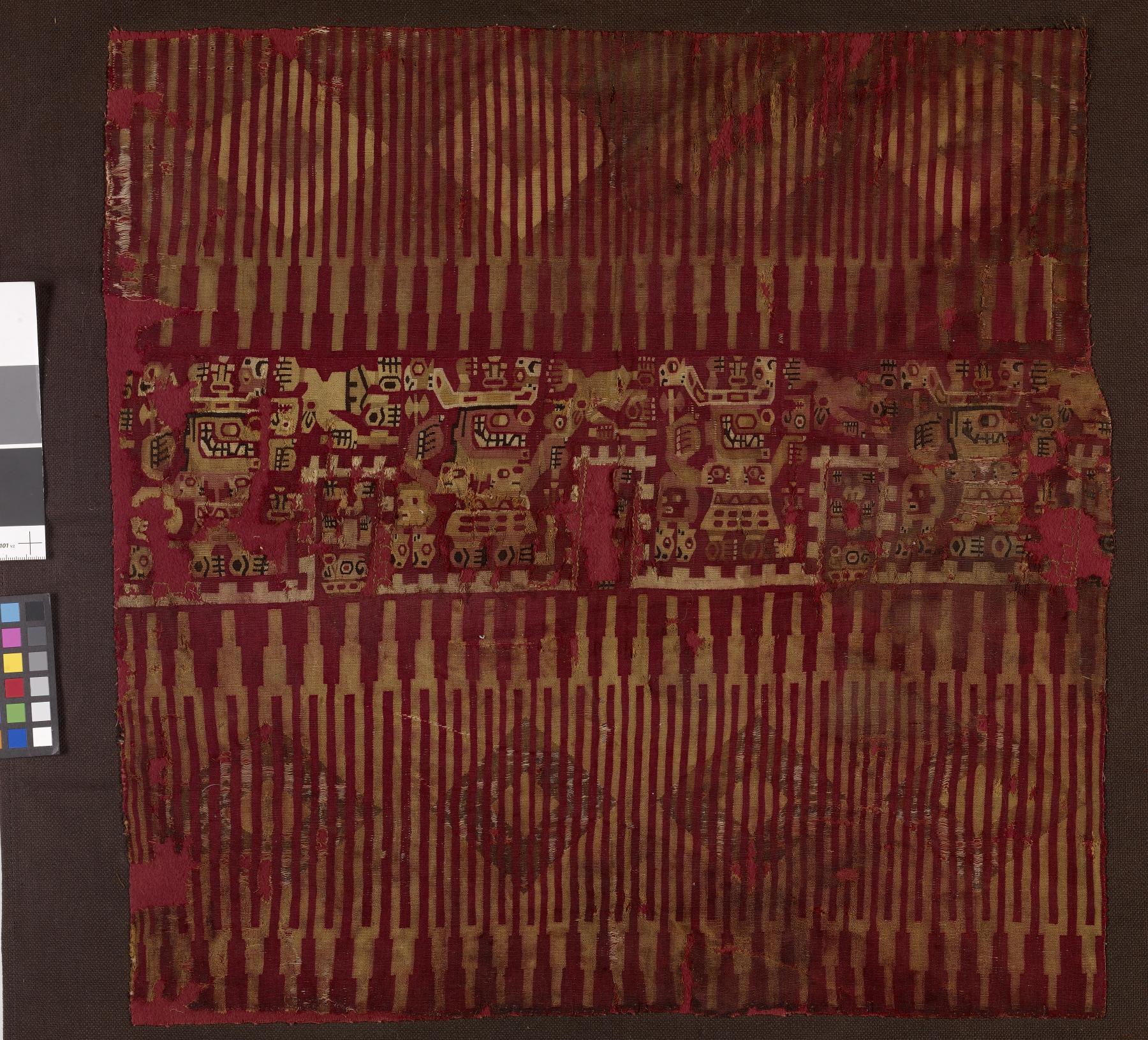 Yet another example which shows the sophistication and complexity, both visual and technical, of Huari textiles. This panel, dominated by reds and tans, shows interspersed abstract stripes, with wide twill bands of stripes and diamonds at the top and bottom of the piece. In a composition worthy of Josef Albers, lighter diamonds above echo darker ones below, suggesting a fictive three-dimensionality to the piece. In between these two registers is shown a narrow band of marching supernaturals, separated from each other by low walls. The staring eyes and fanged smiles of these figures suggests their identity as shamans or sacrificial deities. This is reinforced by the single trophy heads and paired puma heads to each figure’s left, part of their regalia. As well, each of these standing figures holds the hair of a smaller figure to their right, probably representing a victim, who is oriented horizontally to emphasize their total domination by the larger individual. The keeping of trophy heads, while its meaning and specifics are still debated by scholars, was a common practice in the ancient Andes.