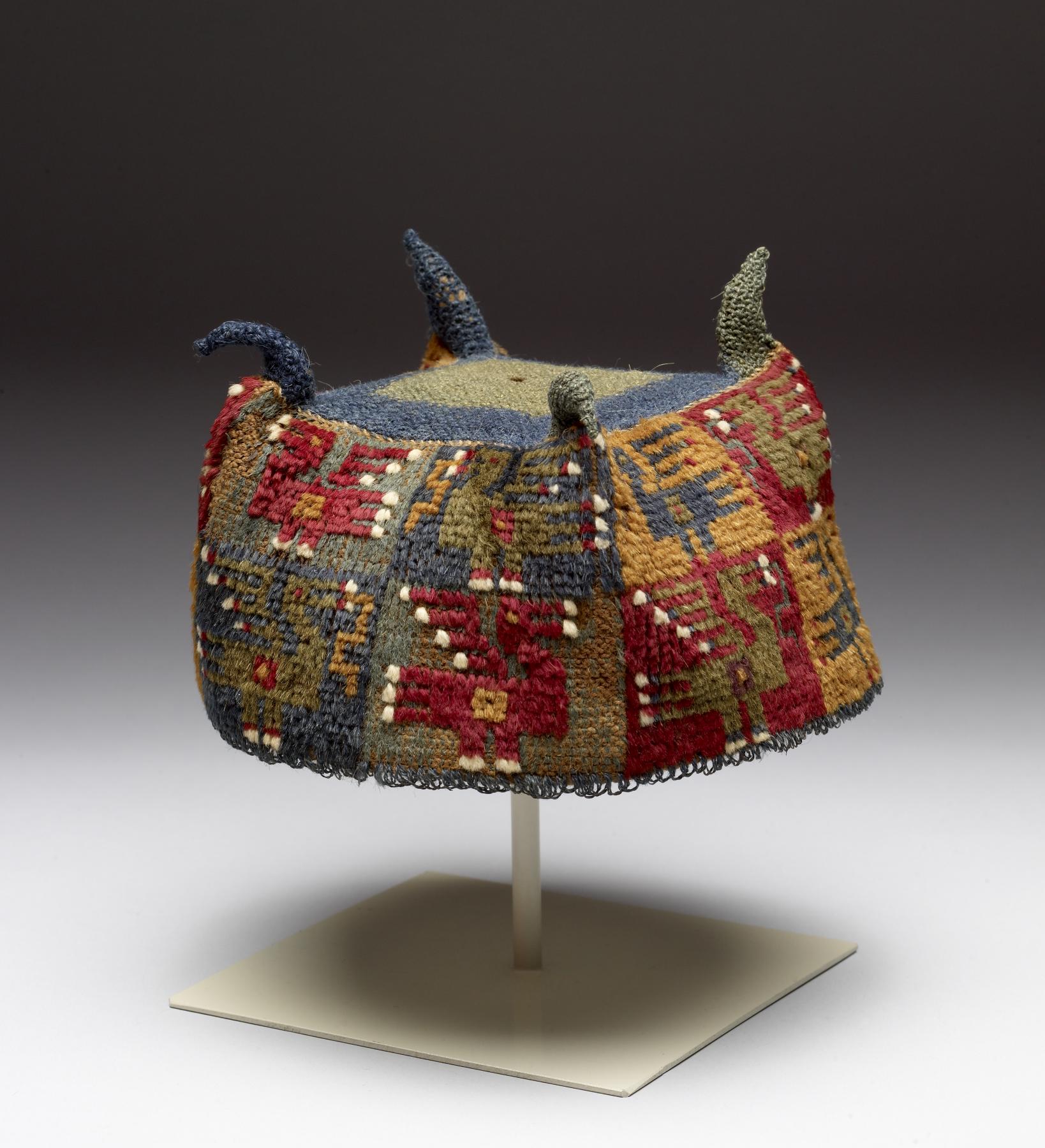 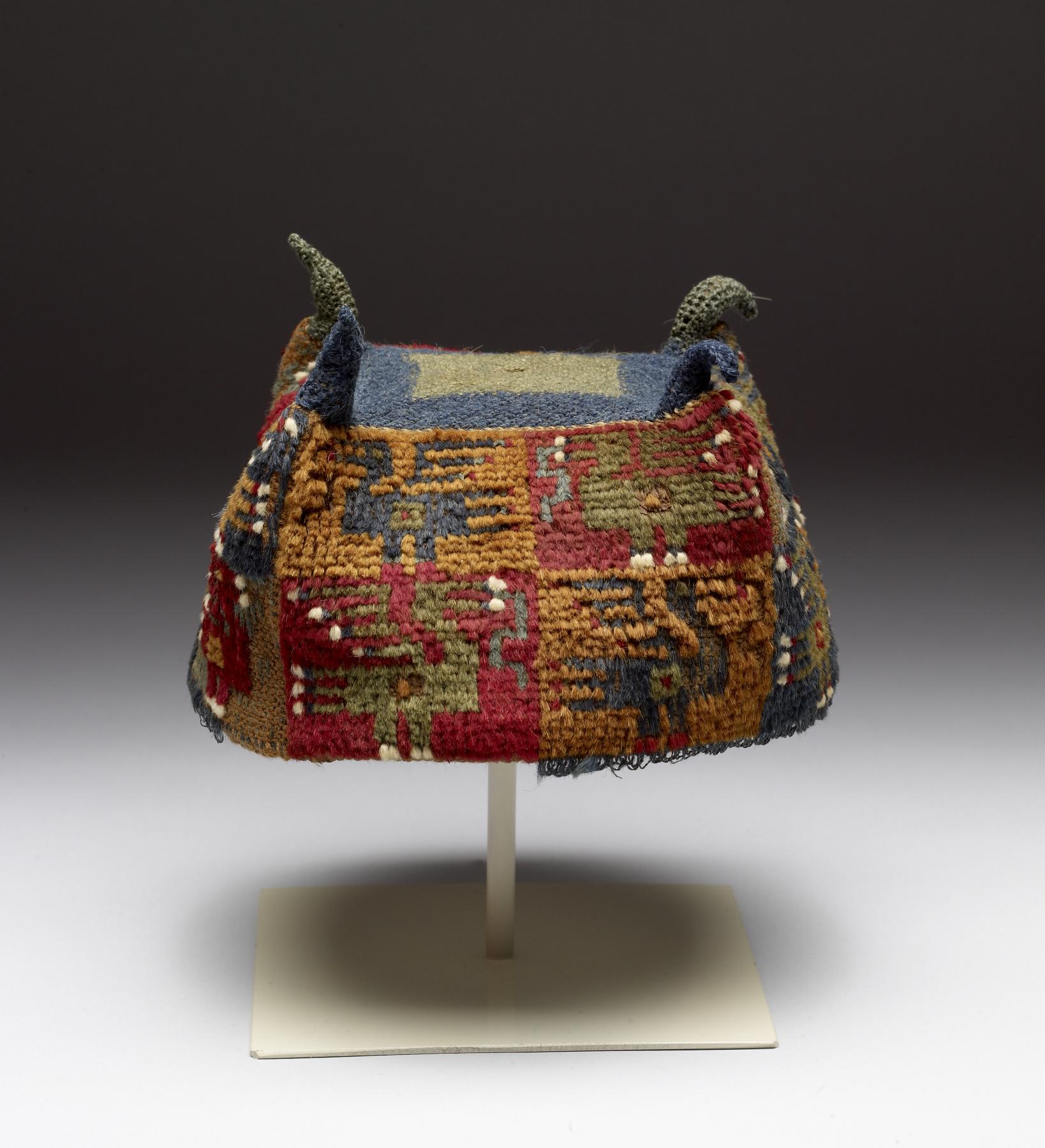 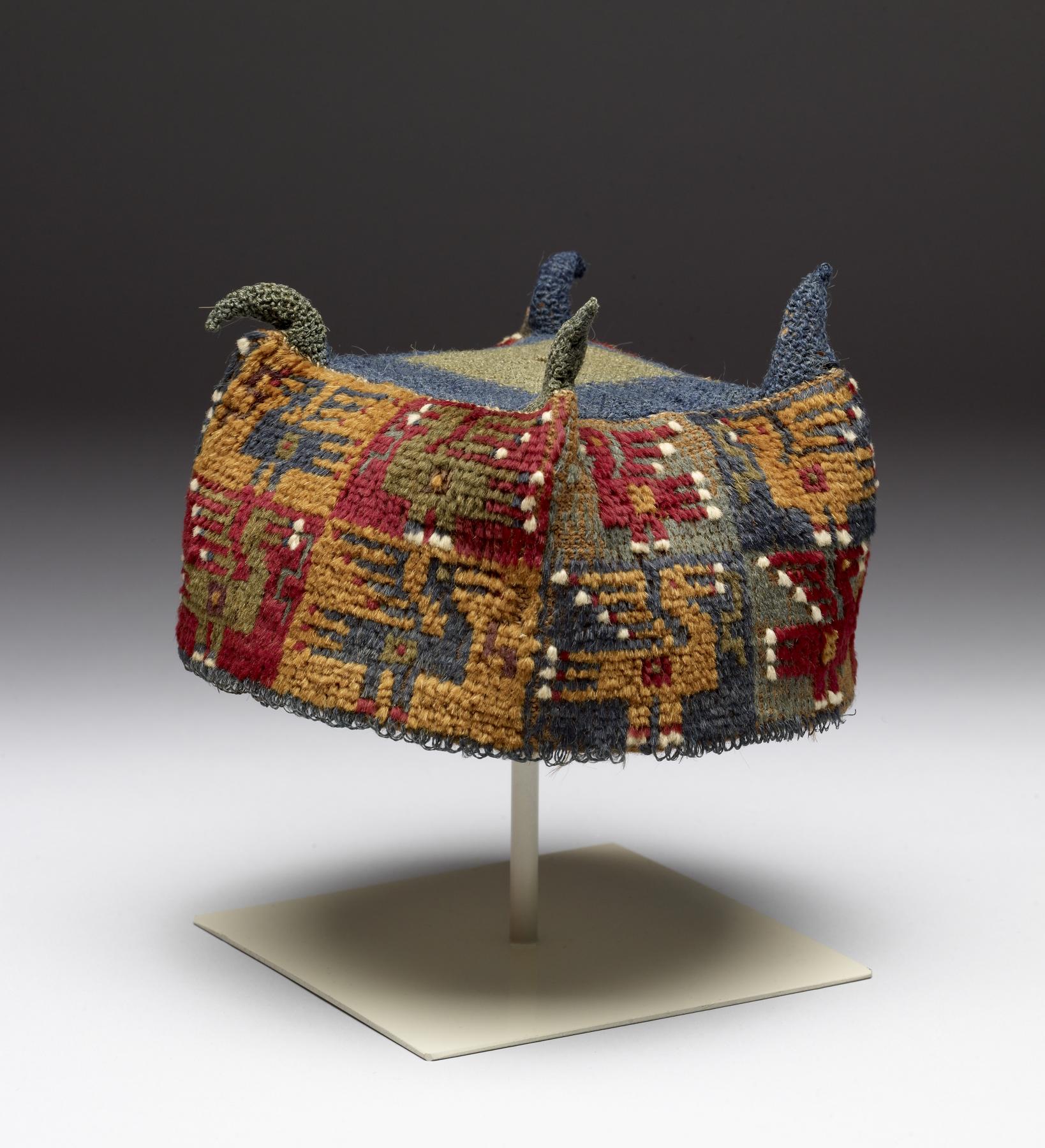 Images on ceramics of men bearing weapons and wearing four-cornered hats suggest that this style was worn by military men. Indeed, such well-preserved ancient hats have been discovered in male graves, and not those of women. The hat’s form and decoration might have communicated military abilities and even rank among soldiers. The four corners may reference the perked ears of fast and agile animals or possibly feather tufts of birds, which were highly valued in Andean culture. Notice the animated representation of birds on the hat itself.

This one is made from the soft hair of alpacas or llamas, with extra long tufts creating a thicker texture for the birds.