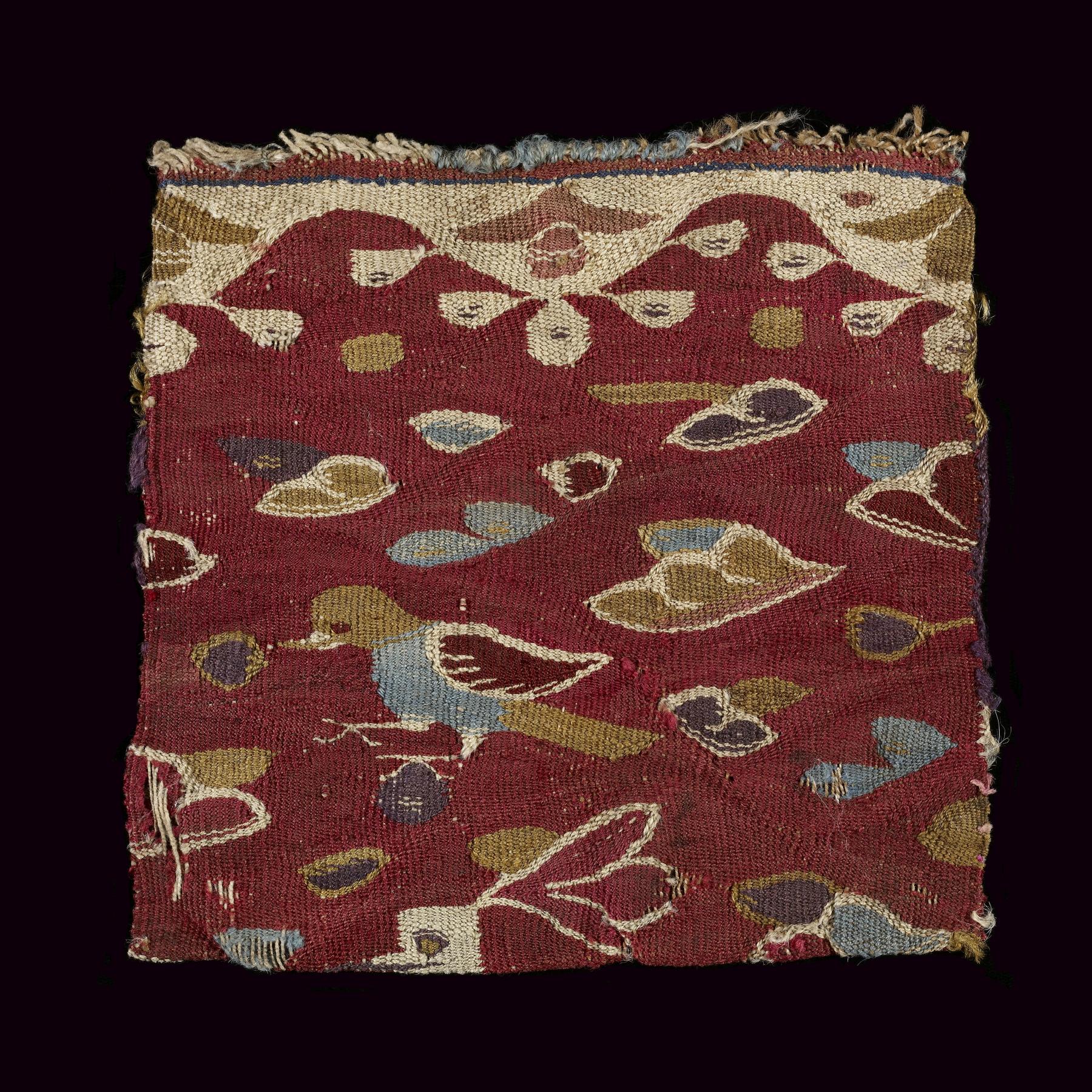 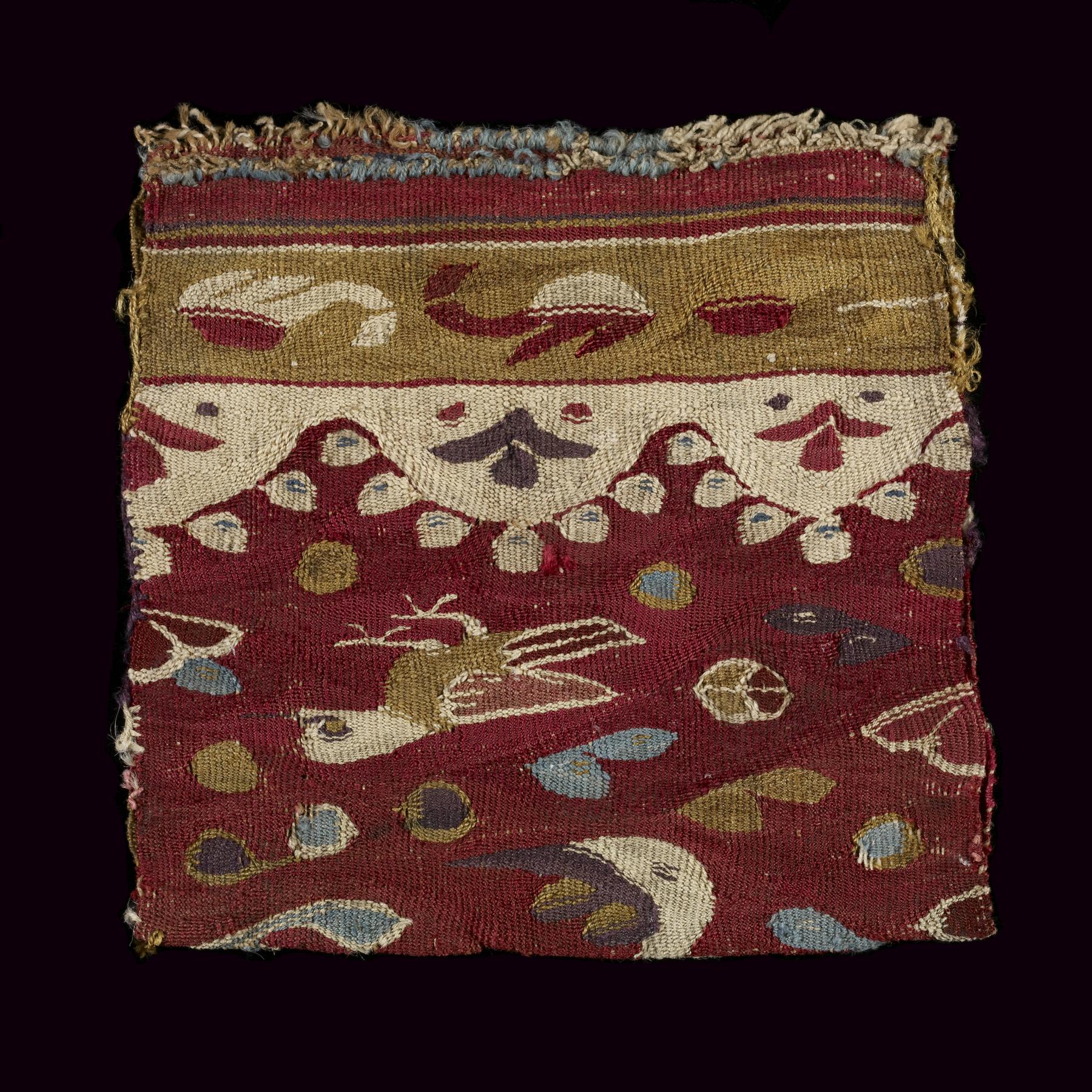 Over millennia, Andean people have used the leaves of the coca plant (Erythroxylum spp.) in religious and social rituals as offerings to the gods, but also in daily life. The chemicals released by chewing the leaves will thin the blood to help with the fatigue and headache caused by living at high altitudes. Men carried the handful of coca leaves that they took with them to their daily work in specially made pouches, ch'uspa, such as this one. As with tunics, ch'uspa were created by weaving a single piece of cloth, then doubling it over and sewing up the sides, and adding a strap so that it could be carried across the body.
This required forethought by the weaver, since the figures on each side of the bag would need to be oriented differently to make it legible when completed. The imagery on this bag includes fecund images -- birds eating fruits, flowers --and also what appear to be butterflies in profile. In Andean mythology, butterflies are associated with life, death and transformation - for some Andeans, the souls of the dead were thought to take on the form of butterflies or moths. Thus, the bag may reference both the quotidian use of coca - its strength-giving properties which were helpful in cultivating crops -- but also its ritual importance as an offering to the gods, often in supplication for the souls of deceased loved ones.