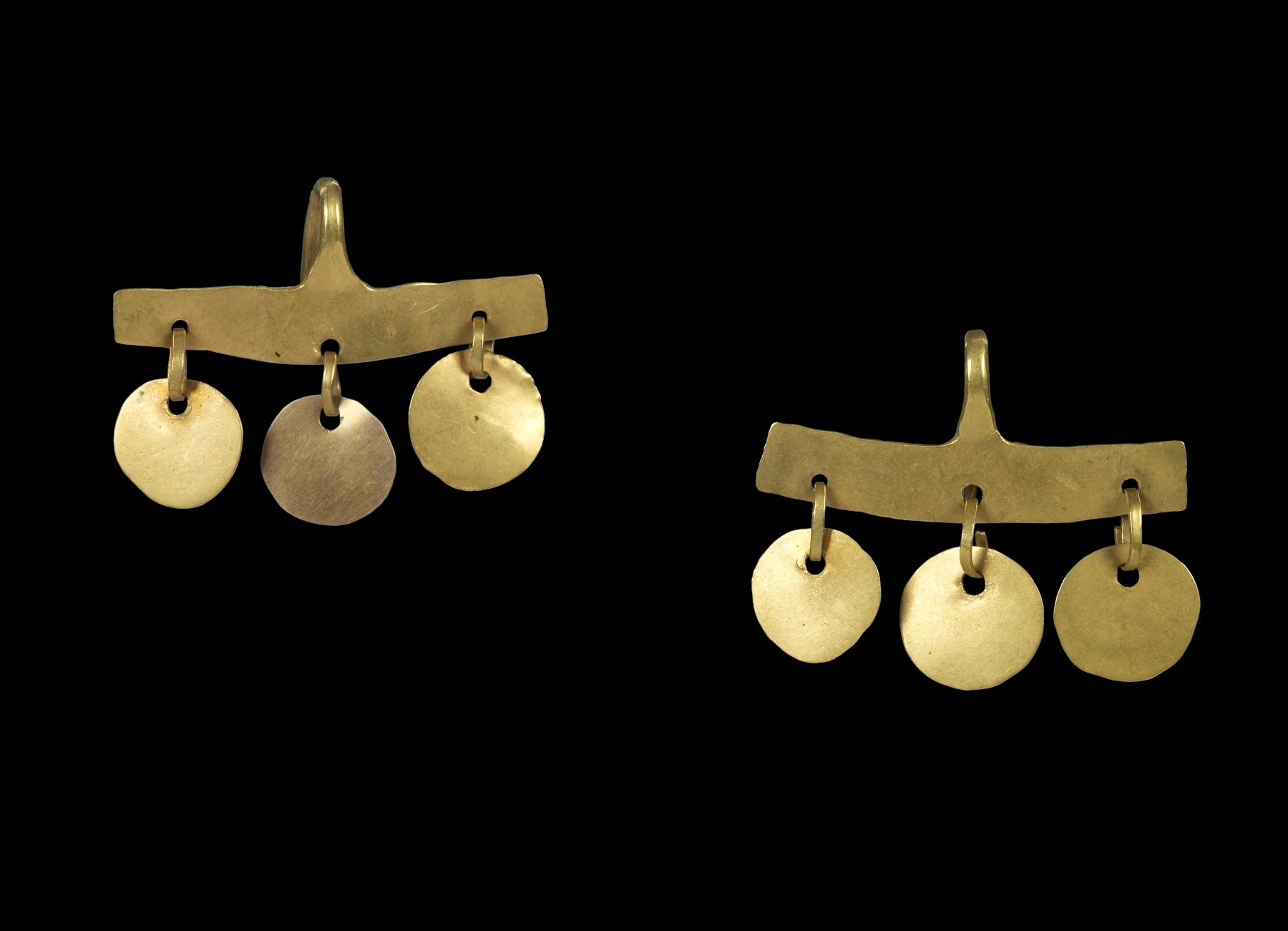 Pair of Earrings with Flat Bar and Three Suspended Discs