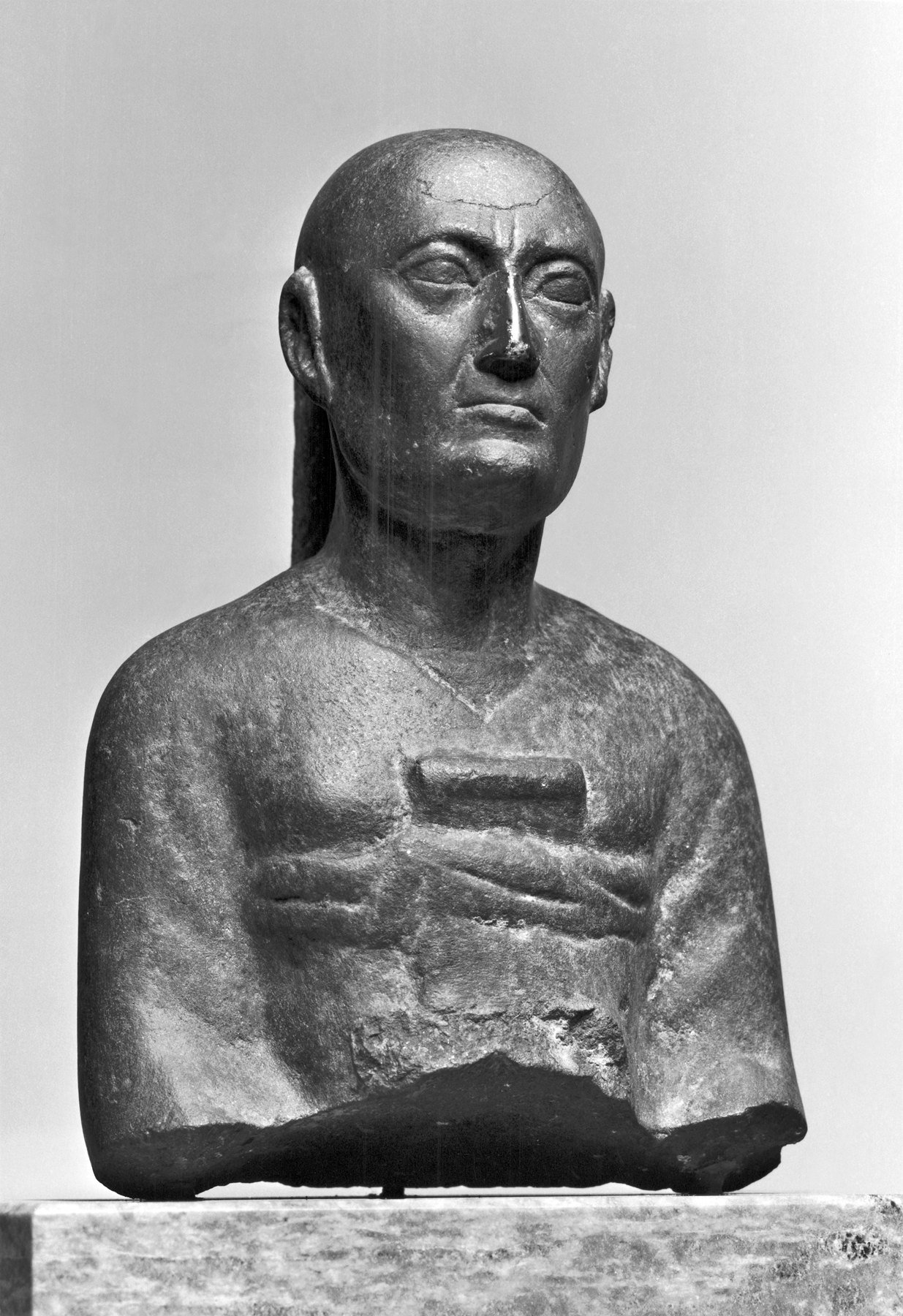 Once part of a statue placed in a temple as a votive gift, the sculpture shows an elderly man with firmly set facial features. When complete, the statue showed the owner offering a "naos" or shrine, to his god. Signs of age, with hints of bittersweet emotion, appear only in the private sculpture of the Late Period and Ptolemaic Period, never in royal works. This is in direct opposition to works of the Middle Kingdom where signs of age, weariness, and care appeared first in royal facial features.