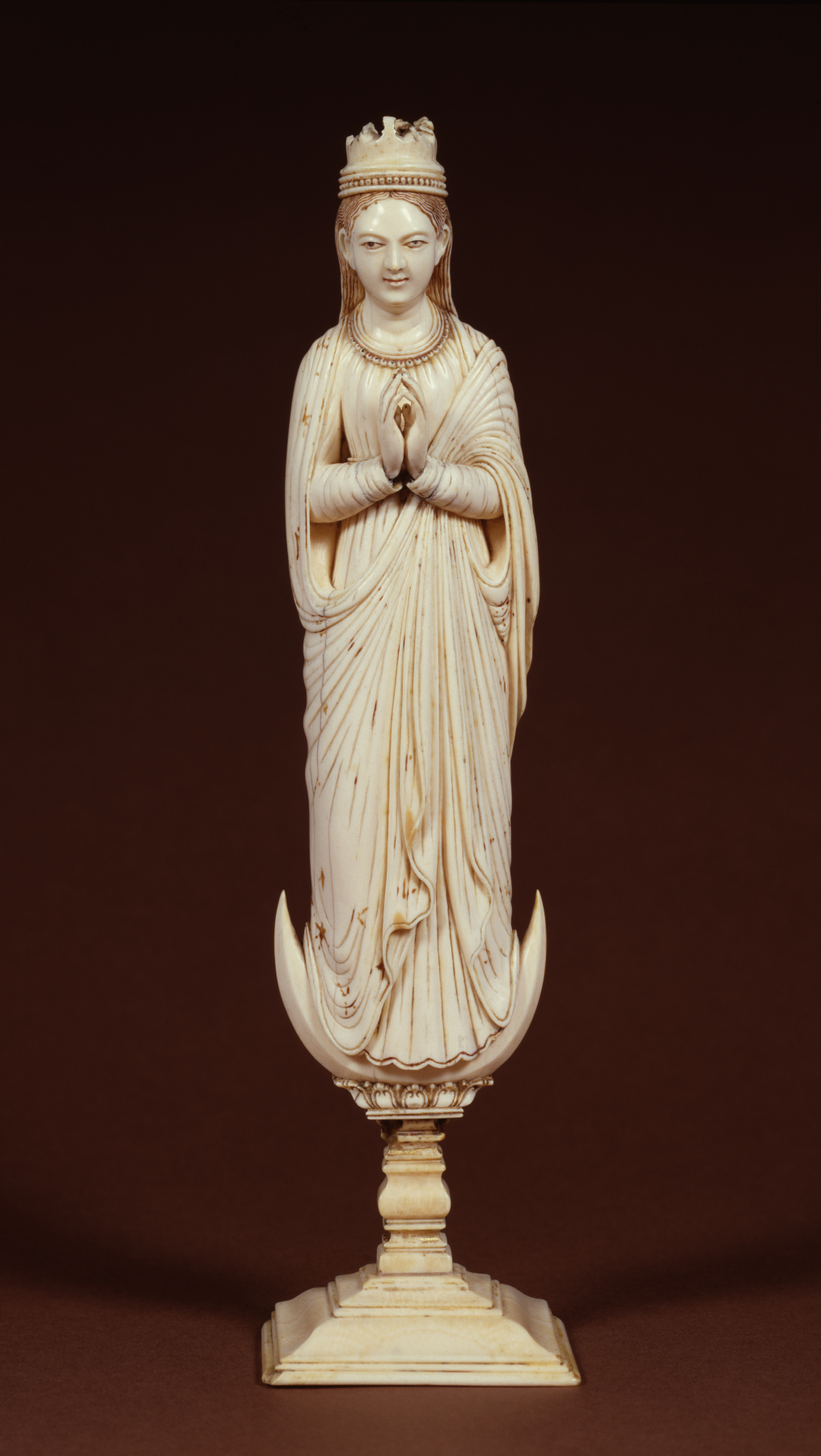 Virgin of the Immaculate Conception

The Virgin's mantle falls in the elegant, linear folds of Indian sculpture. The native style and facial features are smoothly adapted to the Christian apocalyptic iconography of the Virgin, who is represented standing on a crescent moon. With little reference to the body beneath the robes, her physical energy is directed into the peace and serenity of prayer. Native and European vocabularies are in dialogue. Christianity came with the Portuguese in 1505. Known to Europeans in the 17th century as Ceylon, the island became officially known as Sri Lanka in 1972.