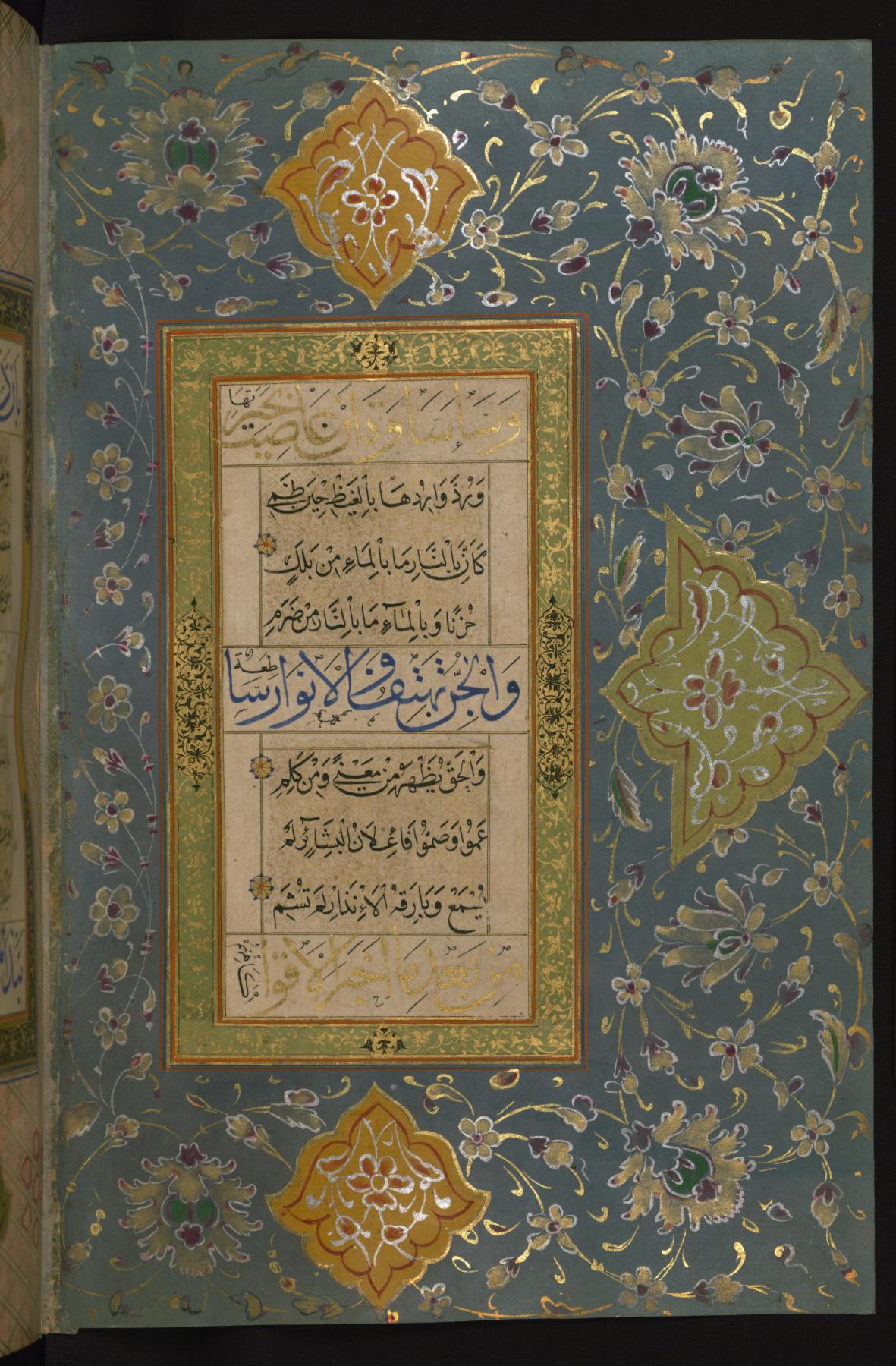 Leaf from Poem in Honor of the Prophet Muhammad

According to certain Muslim traditions, the prophet Muhammad would act as an intercessor, asking Allah (God) for entry into Paradise, on behalf of the believer. Various devotional works contain supplicating prayers and texts that honor the Prophet in poetic form. One example is Qasidat al-Burda (Poem of the Mantle), by Sharaf al-Din al-Busiri (born ca. 1212), who writes in this work:
By this eulogy have I served him,
Hoping to be redeemed from the sins of a
Life of odes and patronage.
–Qasidat al-Burda, line 140