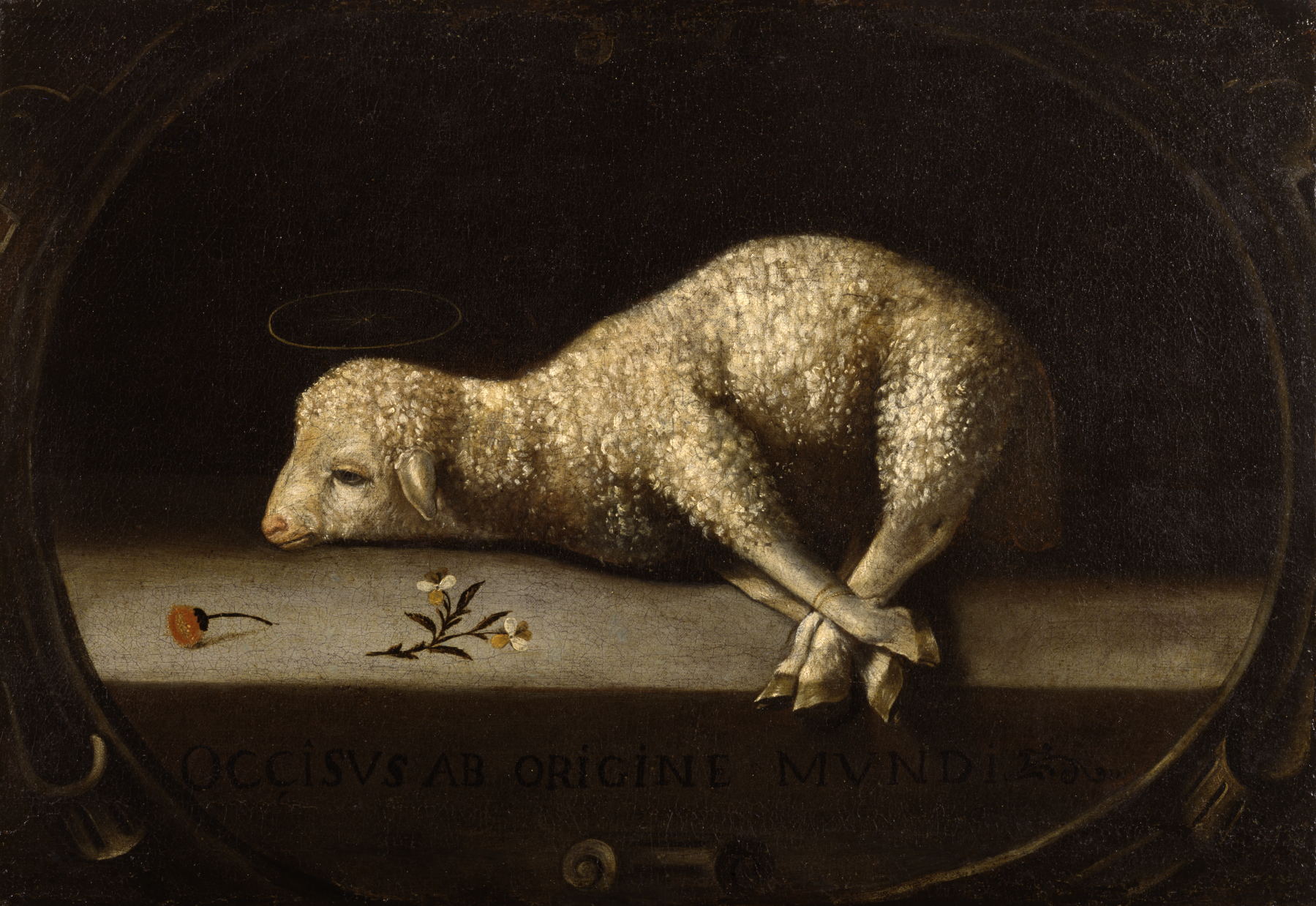 The inscription refers to Christ as the Lamb whose death was foretold. This symbolism of Christ as a sacrificial lamb who brings salvation derives from the feast of Passover, instituted after the Lord saved the Jews in Egypt who brushed the blood of slaughtered lambs over their doors.

Although Ayala spent most of her life in Portugal, this work reflects the influence of the art of her native Seville, Spain. She has modeled her composition and her style-with the strong contrasts of light and dark and attention to realistic detail-on paintings of Francisco de Zurbarán (1598-1664), also from that city. Ayala was one of the few women artists active in Spain and Portugal. She was renowned for her ability to paint still lifes and portraits, subjects that were considered appropriate for female painters.