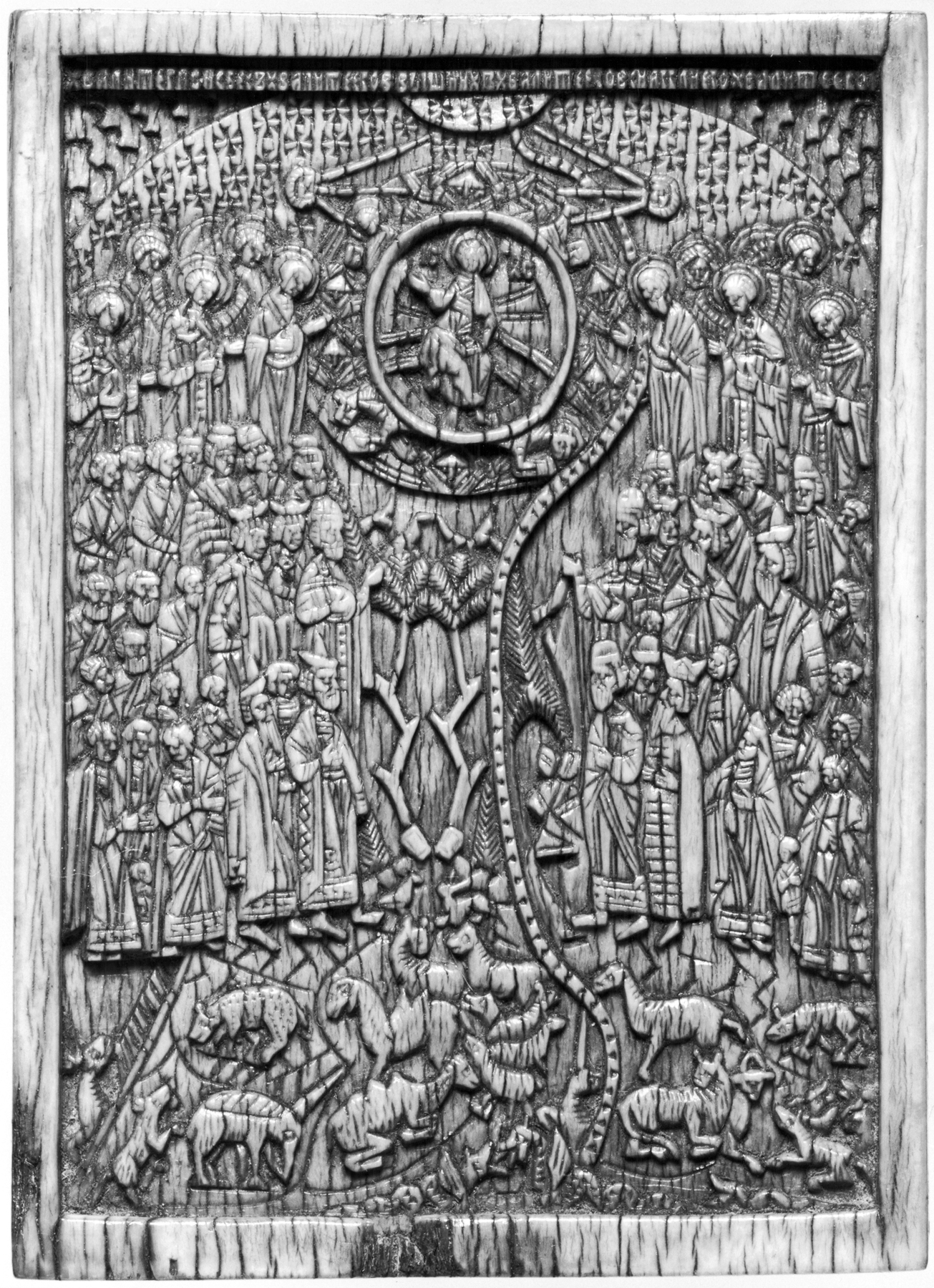 "Praise the Lord from the Heavens"

This ivory shows Jesus Christ as God enthroned in heaven among the sun, moon, and shining stars. Four creatures (symbolizing the Evangelists), cherubim, the Virgin, Saint John the Baptist, and a multitude of angels surround him. Below, humanity and various animals of the earth and sea are giving praise to him. Compositions illustrating Psalm 148, as the present ivory does, are first attested in Byzantine wall-paintings of the mid-14th century. Russian ivory carvings very similar to this one are preserved in the Russian Museum, Saint Peterburg (inv. DRK 40) and in the Kunstsammlungen, Weimar (inv. A 27c).