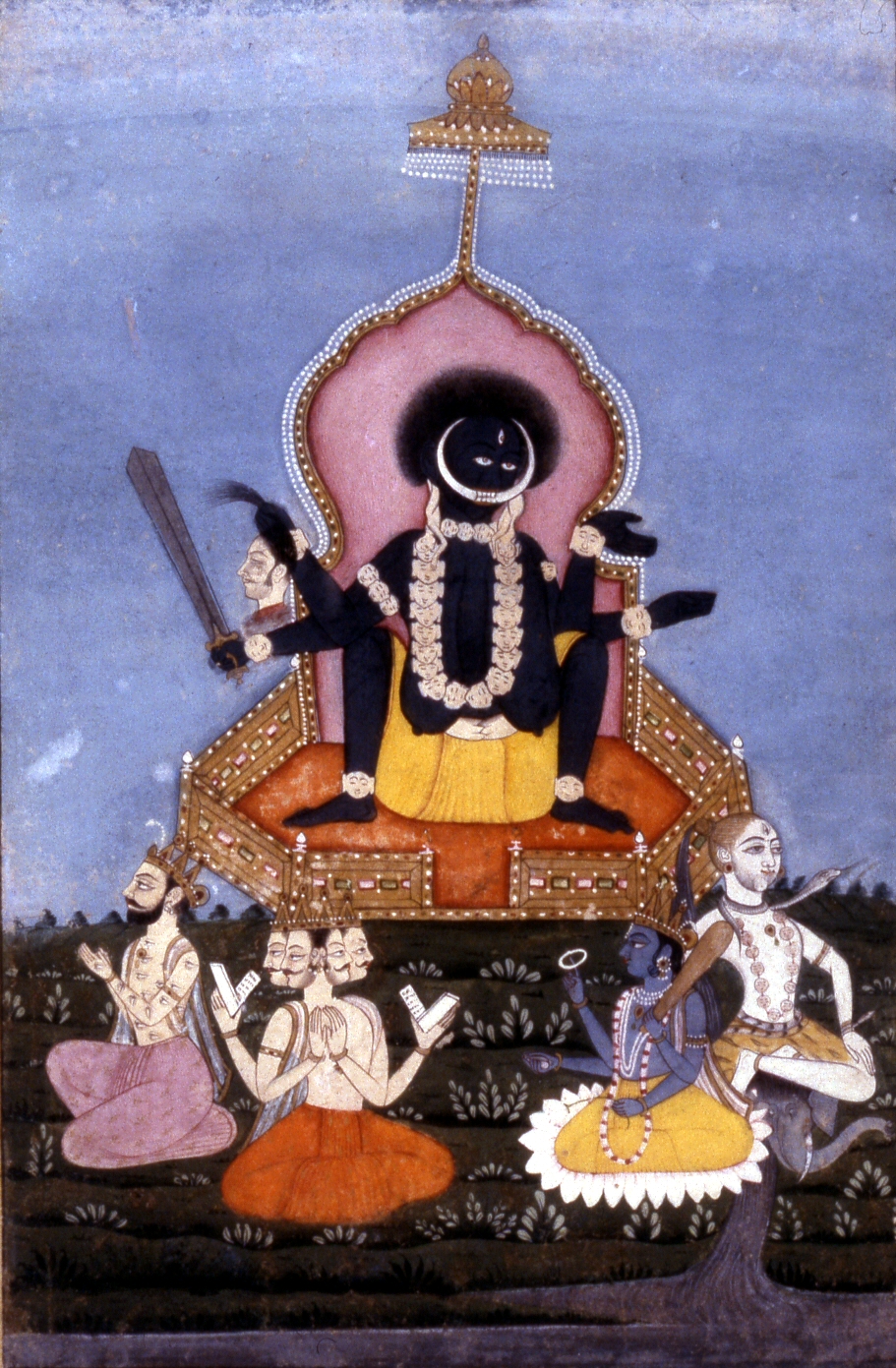 Kali as the Supreme Deity

The terrifying goddess Kali, wearing a necklace of skulls and holding a severed head in one of her hands, is worshiped here by other gods. From the left, we see Indra, Brahma (the creator), Vishnu (the preserver), and Shiva (the destroyer). Kali is associated with violence and sexuality; she stands for the forces of destruction, but she is also a life-giver. Her posture is that of a woman giving birth.