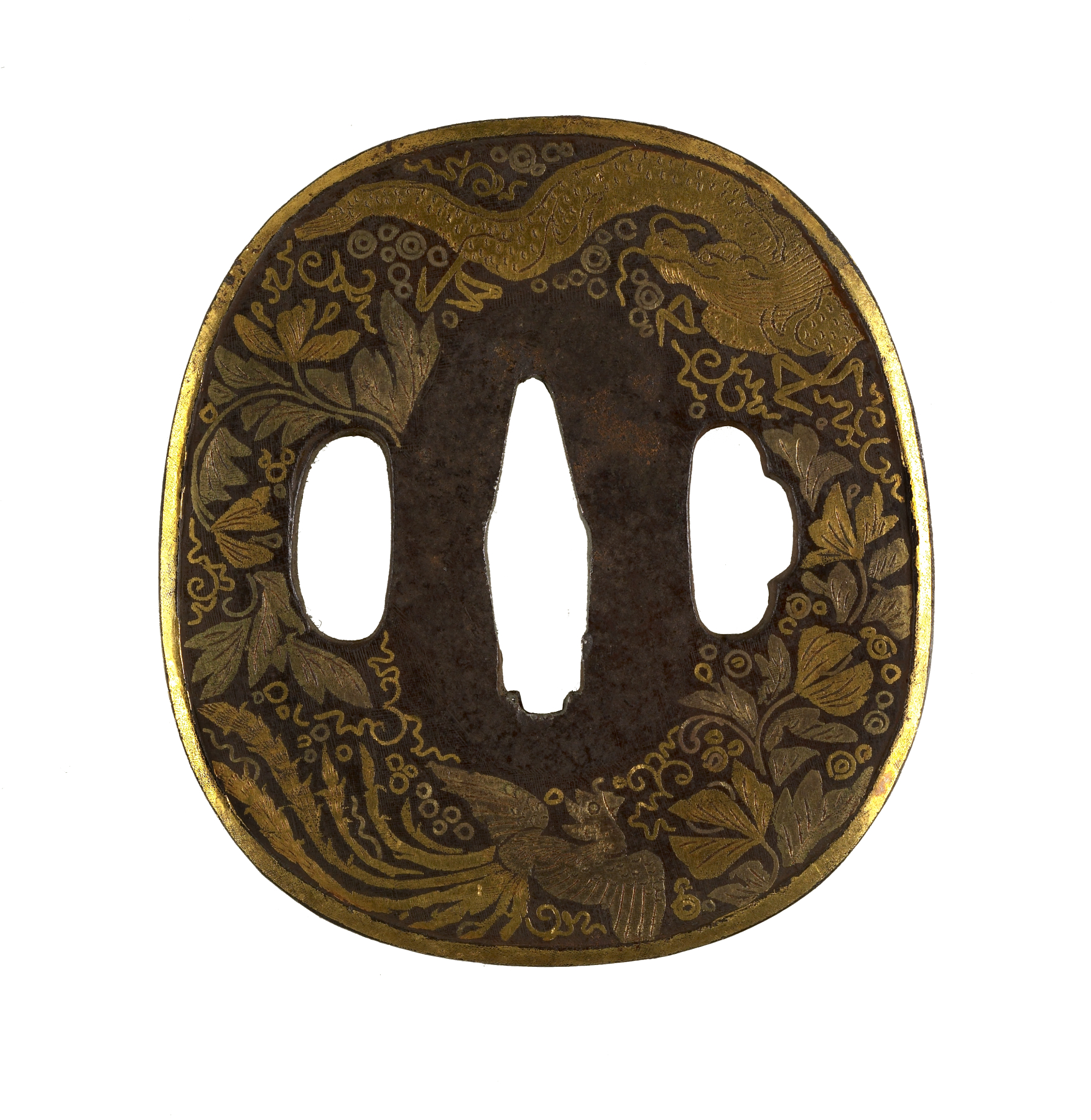 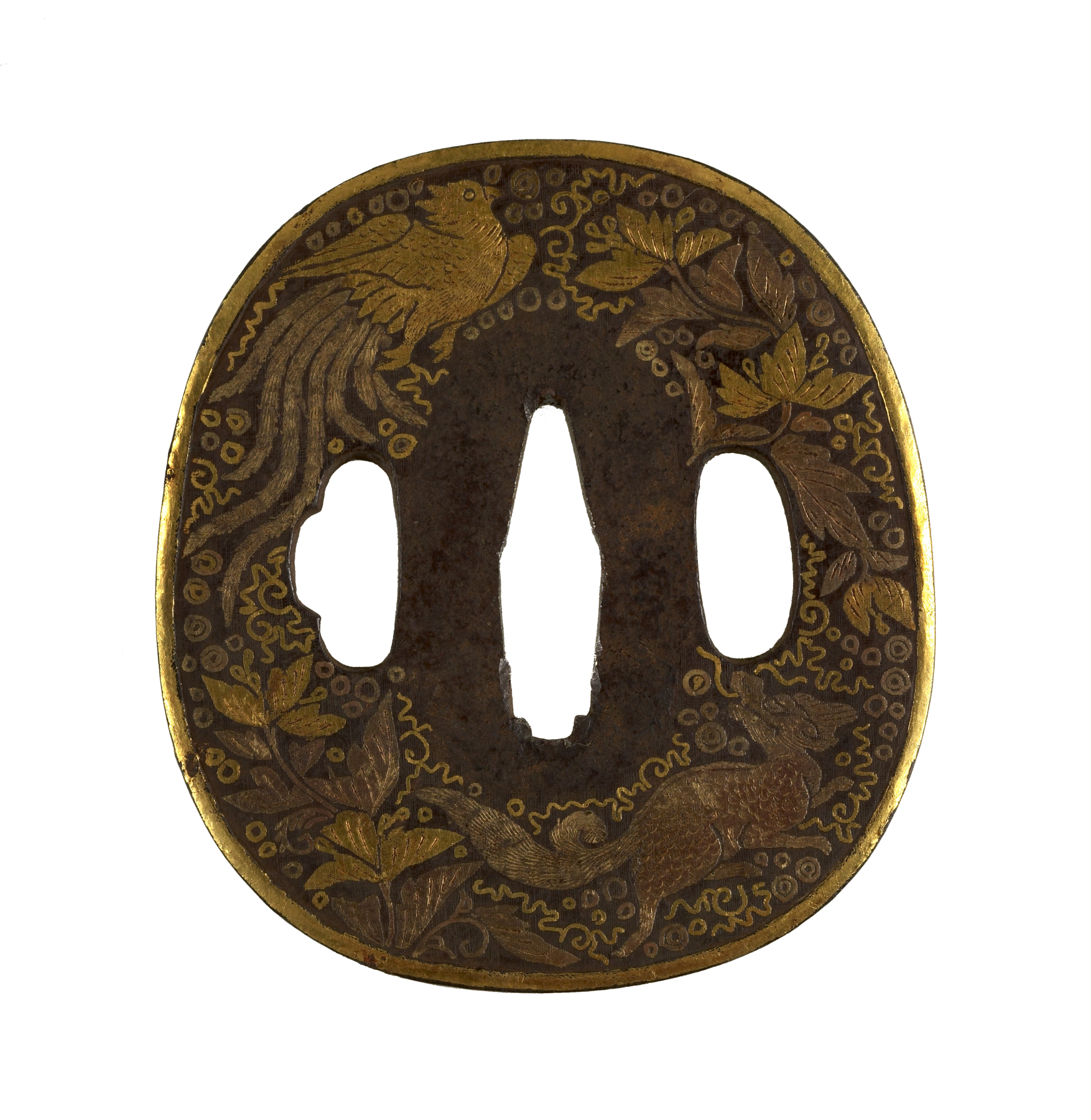 Three mythical animals are depicted in gold on this tsuba. At the top of the front is a dragon. Below is a "hô-ô" bird, often compared the phoenix of Western mythology. On the reverse, a "hô-ô" is at the top with a kirin at the bottom. The animals are surrounded by a floral motif. This is part of a mounted set.

Long Sword with Abalone Confetti in Paulownia Design on the Sheath