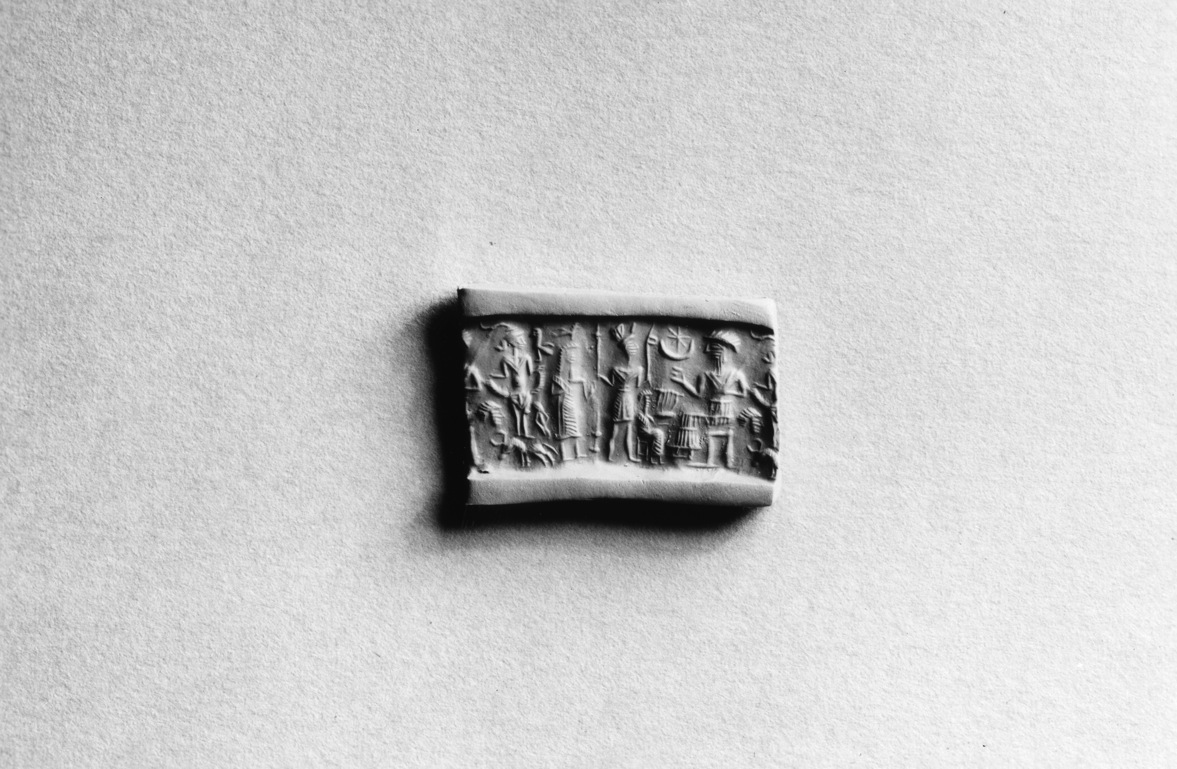 This presentation scene depicts a seated figure, possibly a king, receiving three standing deities, including a goddess on the back of a quadruped. Two of the figures hold staffs. A disc and inverted crescent as well as a smaller seated deity are also included. The style of the figures, including the hatching on the robes, suggests an Anatolian origin, and this seal might have been part of the Old Assyrian Trading Colony. Around 20,000 clay tablets dating to the 2nd millennium BCE have been discovered at Kültepe (ancient Kanesh), Turkey, which was near Kayseri (ancient Caesarea), including Walters tablet 48.1464. Many tablets found at Kanesh are letters recording business transactions between Kanesh and Assyria in northern Mesopotamia. They were enclosed in clay envelopes and impressed with stamp or cylinder seals.