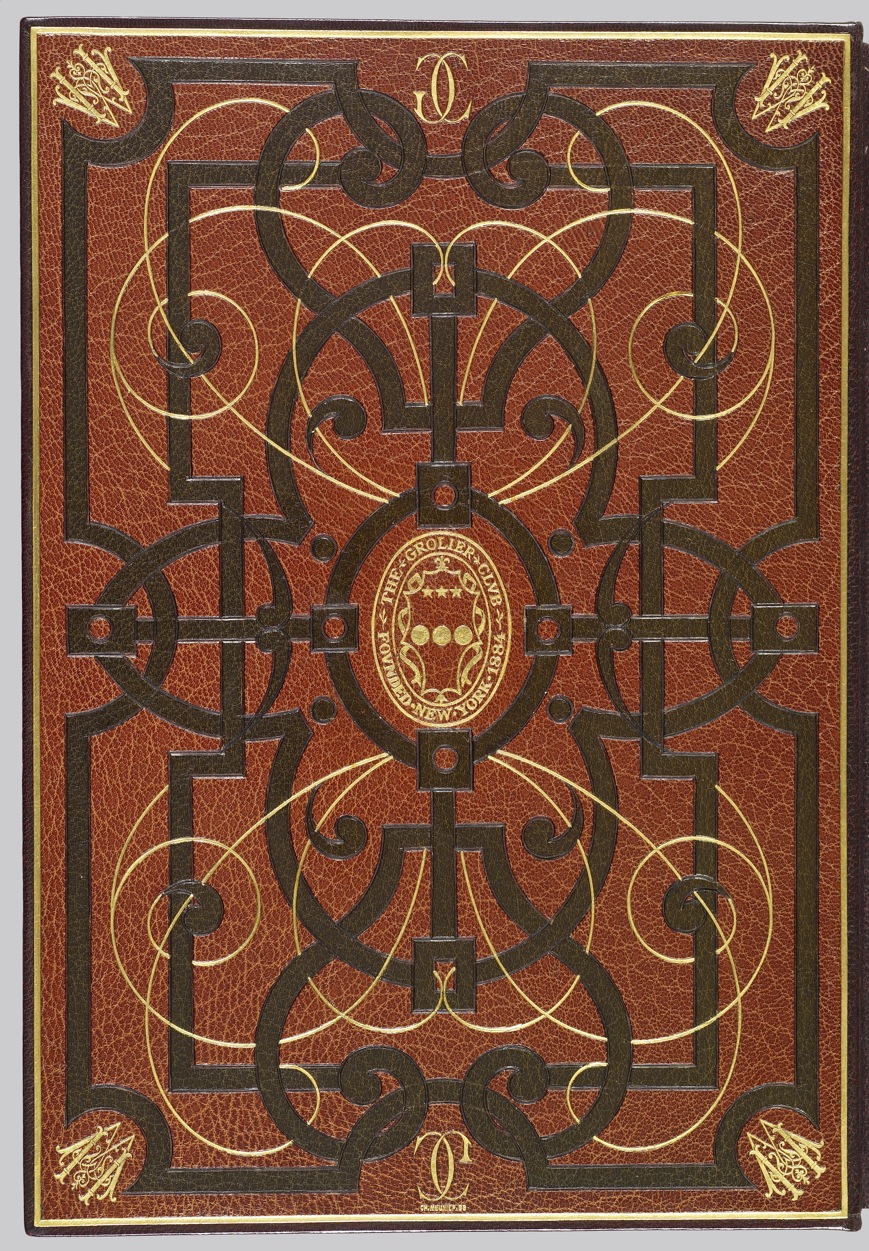 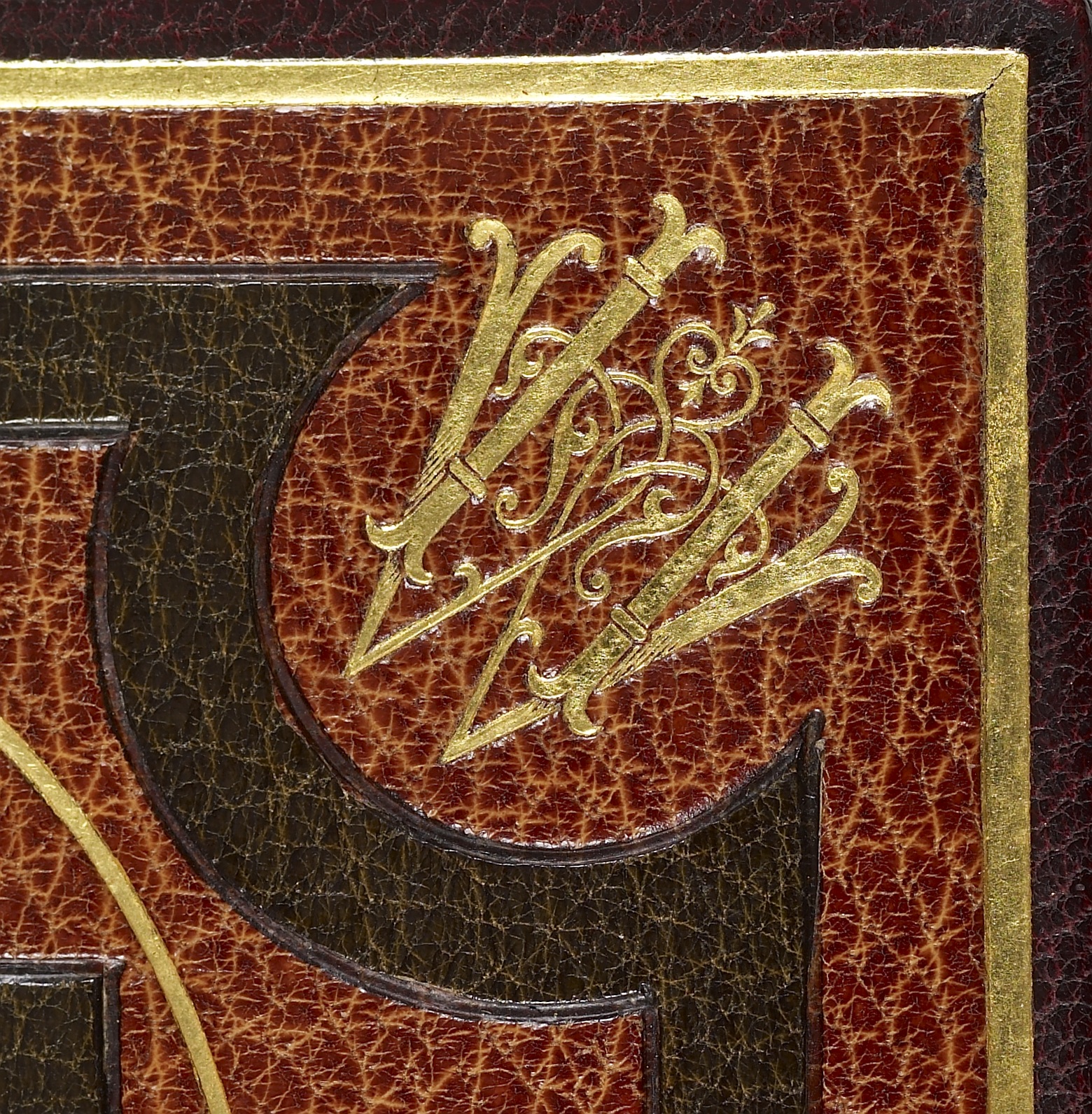 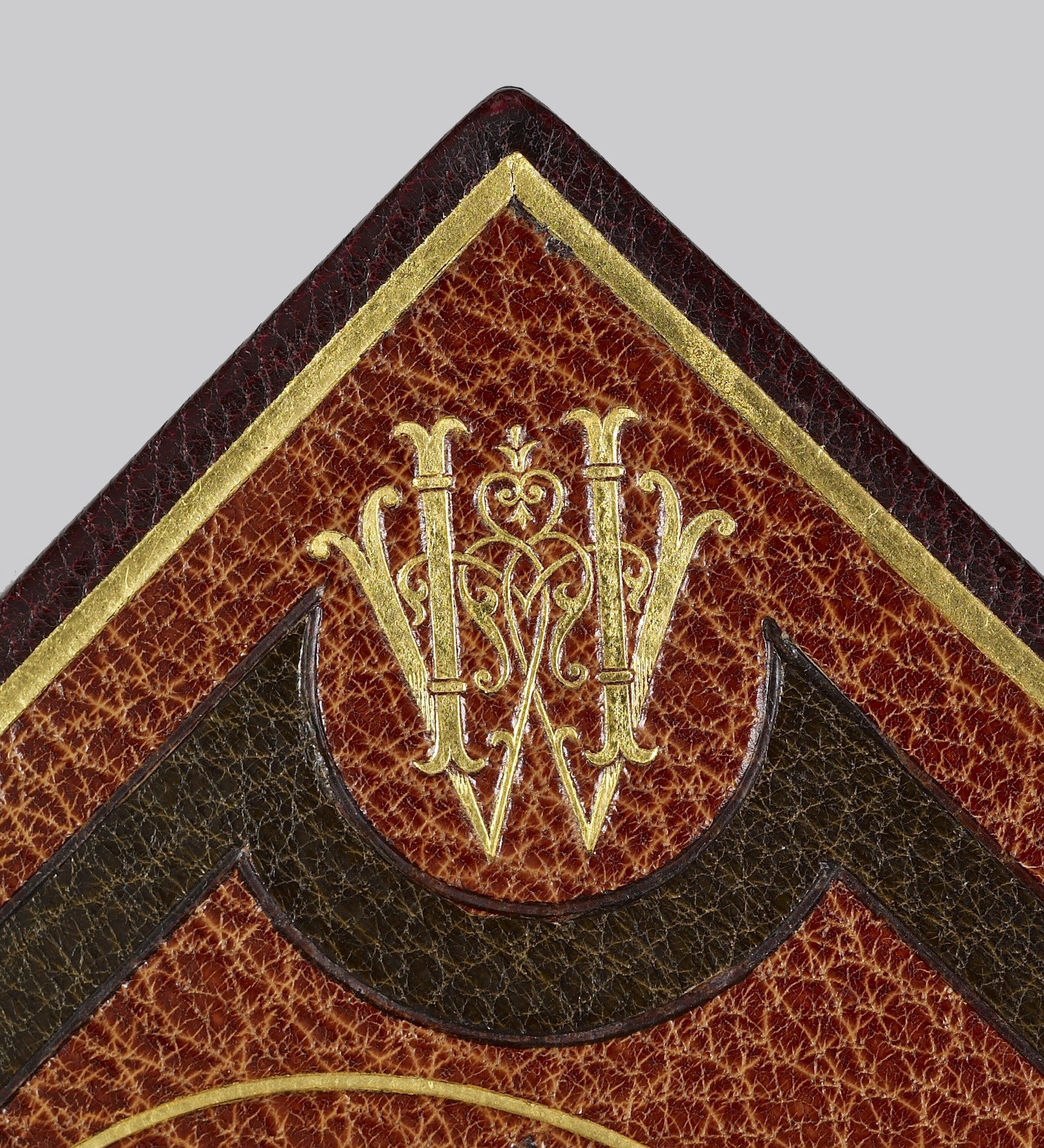 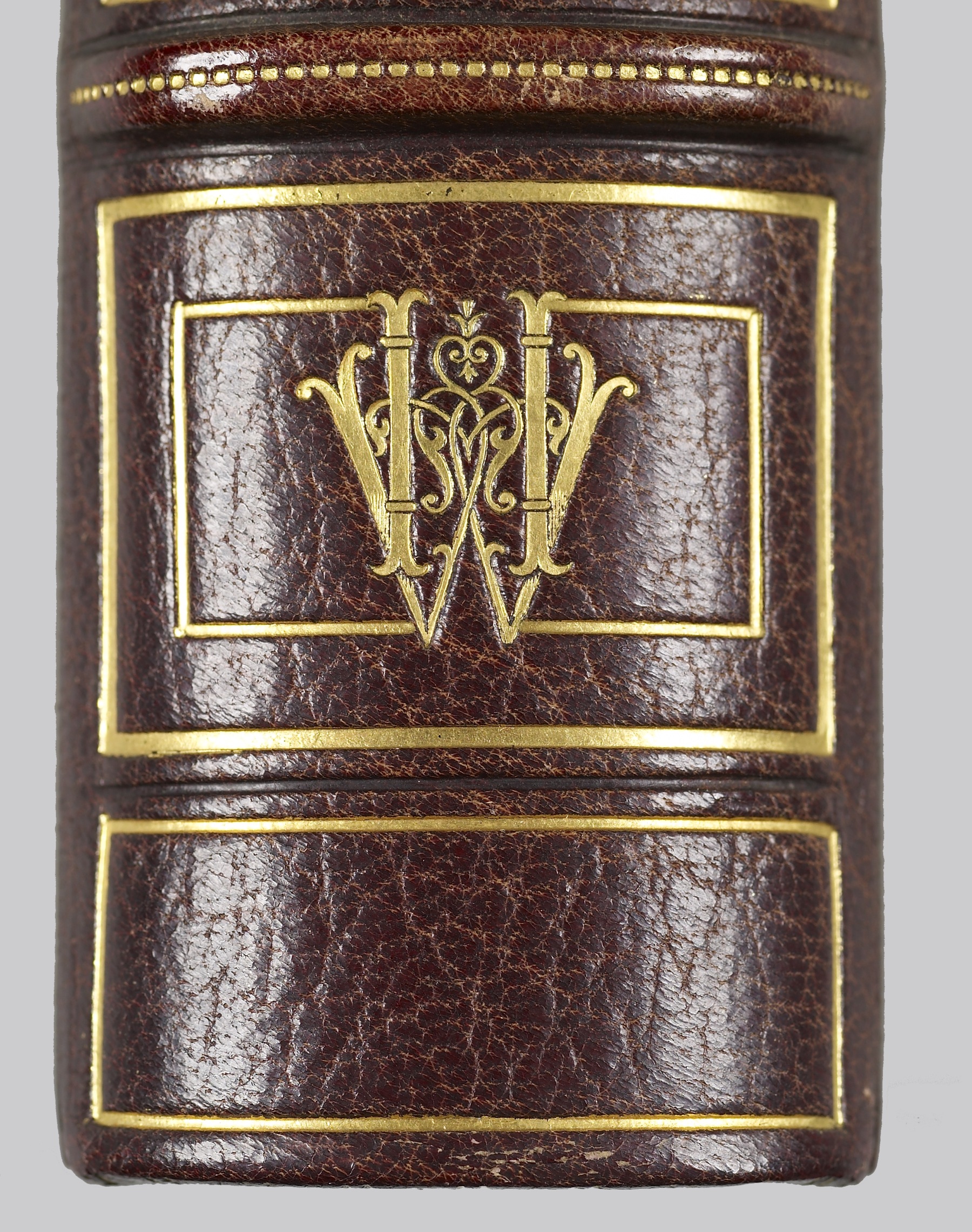 Published by the Grolier Club, a prominent bibliographic society of which Henry Walters was a member, this book details the history of the Charles Whittinghams, an uncle and newphew who founded the Chiswick Press, one of the most famous fine presses of nineteenth-century London. It is one of an edition of 385, printed on handmade paper and bound in 1898 by Charles Meunier. The binding features the Grolier Club's insignia, a cipher of interlocking G and C, and Henry Walters' personal HW monogram. The tool used to make the monogram design is held in the Walters Archives (A.13). A second copy of The Charles Whittinghams Printers, also bound by Meunier, is held the Walters rare book collection (92.1208).