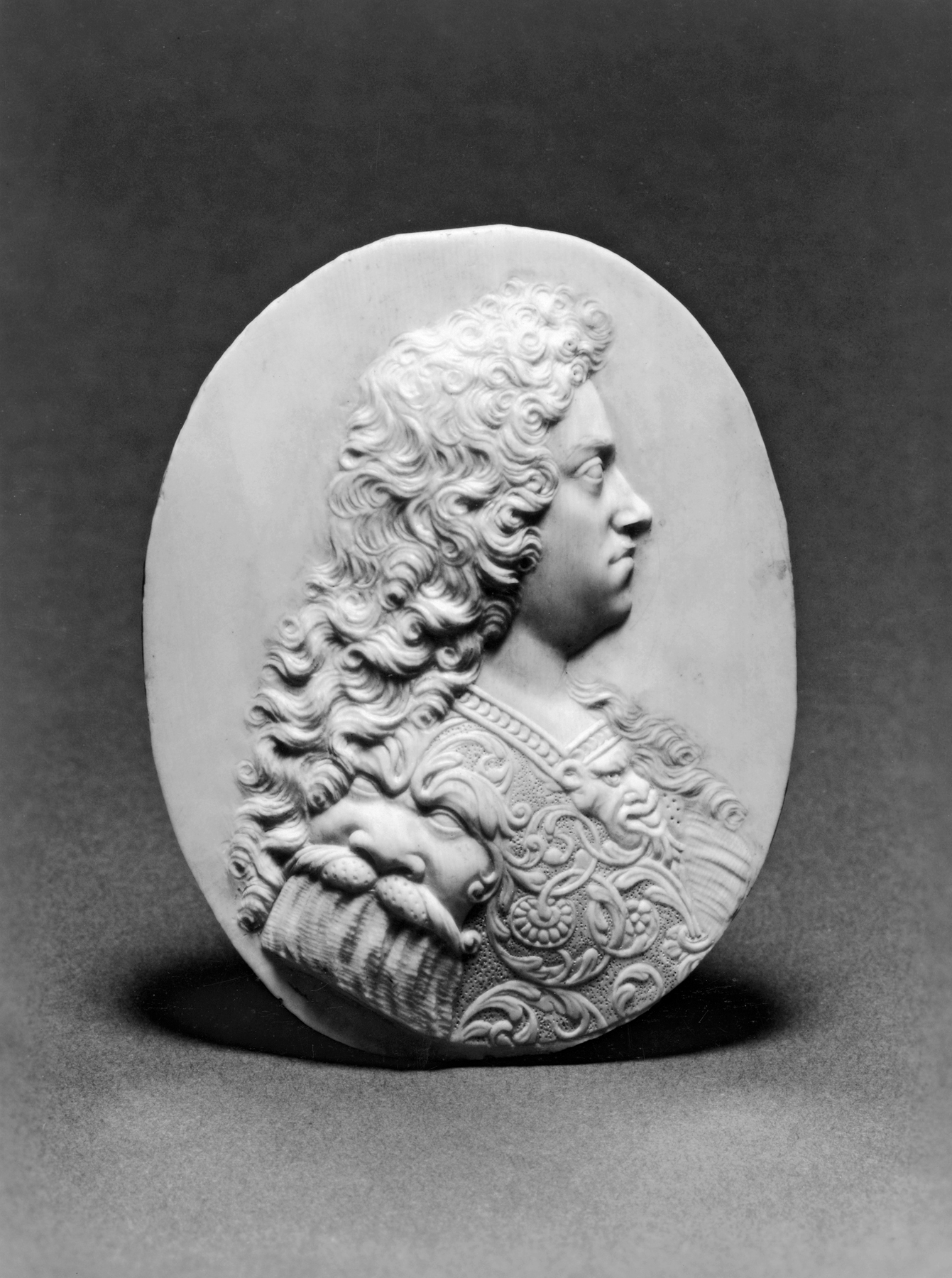 Louis (1661-1711), as the eldest son and heir of the French king Louis XIV, bore the title grand dauphin. His flowing hair is a wig and represents the latest court fashion. The effect of the loose flesh in his cheeks is countered by the assertive discipline of his Roman-style armor with ferocious masks on the breastplate and shoulders.

Le Marchand created exceptionally delicate portraits in ivory. Its fine grain makes it possible to carve very subtle facial features. At this time, the artist worked in Edinburgh, occasionally producing portraits like this one for Scottish exiles living in France as guests if Louis XIV.