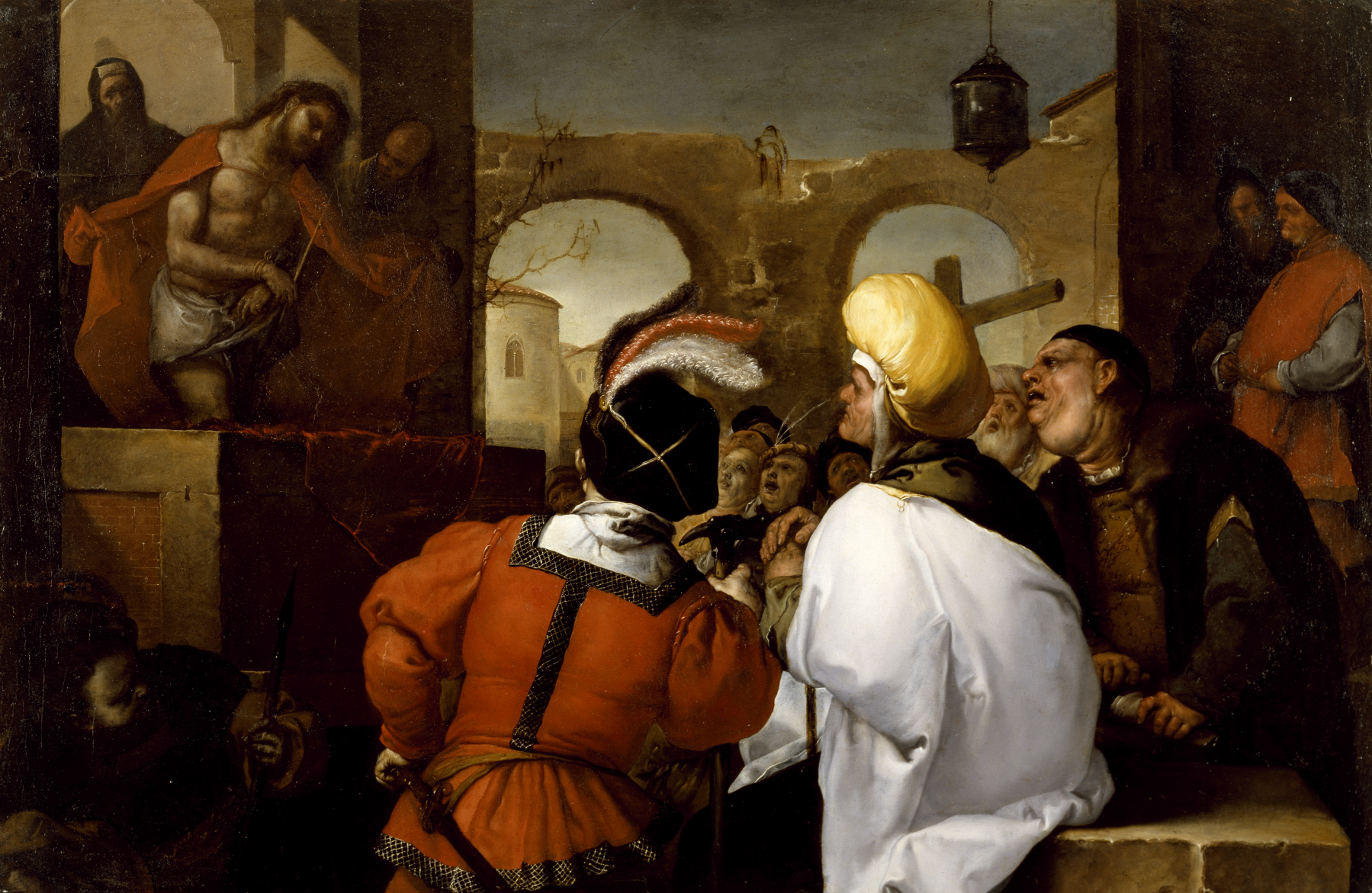 After he was taken prisoner by Roman soldiers in the Garden of Gethsemane of Jerusalem, Christ was brought before the people by the Roman govenor Pontius Pilate, who addressed the crowd: "'Look, I am bringing him out to you to let you know that I find no case against him.' So Jesus came out, wearing the crown of thorns and the purple robe. Pilate said to them, 'Here is the man!' [Ecce Homo]" (John 19:4-5). the Jewish crowd called for Christ to be executed and he was taken to Calvary and crucified.
Luca Giordano took pride in his ability to imitate the styles of others. In this work, he has drawn on the woodcuts of the German artist Albrecht Dürer (1471-1528) as demonstrated by the costumes and grimacing facial features of the crowd.
This painting is the companion to one of similar style showing Pilate Washing his Hands, now in the John G. Johnson collection in the Philadelphia Museum of Art (no. 29): the two pictures were separated only in 1900. There are also two paintings in the National Gallery in Naples (no. 84417 and 84408) that are old copies of the Walters panel and its companion in Philadelphia.
For more information on this panel, please see the essay by Morten Steen Hansen in Masterpieces of Italian Painting in the Walters art Museum, ed. by M. S. Hansen and J. Spicer (London: Giles Limited, for the Walters Art Museum, 2005), no. 41.