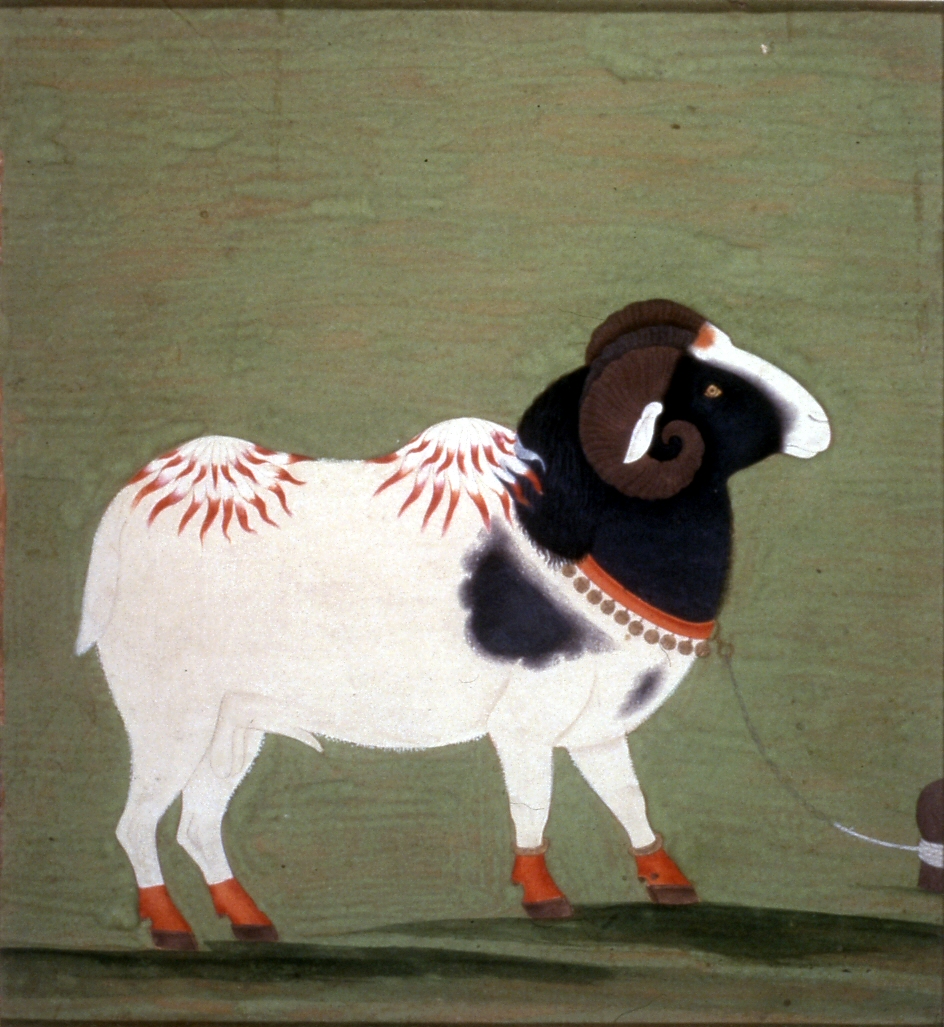 The tradition of making portraits of strange or favorite animals was initiated by the fourth Mughal emperor, Jahangir (r. 1605-1627) and was continued by both later Mughals and Rajput patrons. This study of a ram is from the reign of the Mughal emperor Shah Jahan, the famed builder of the Taj Mahal.