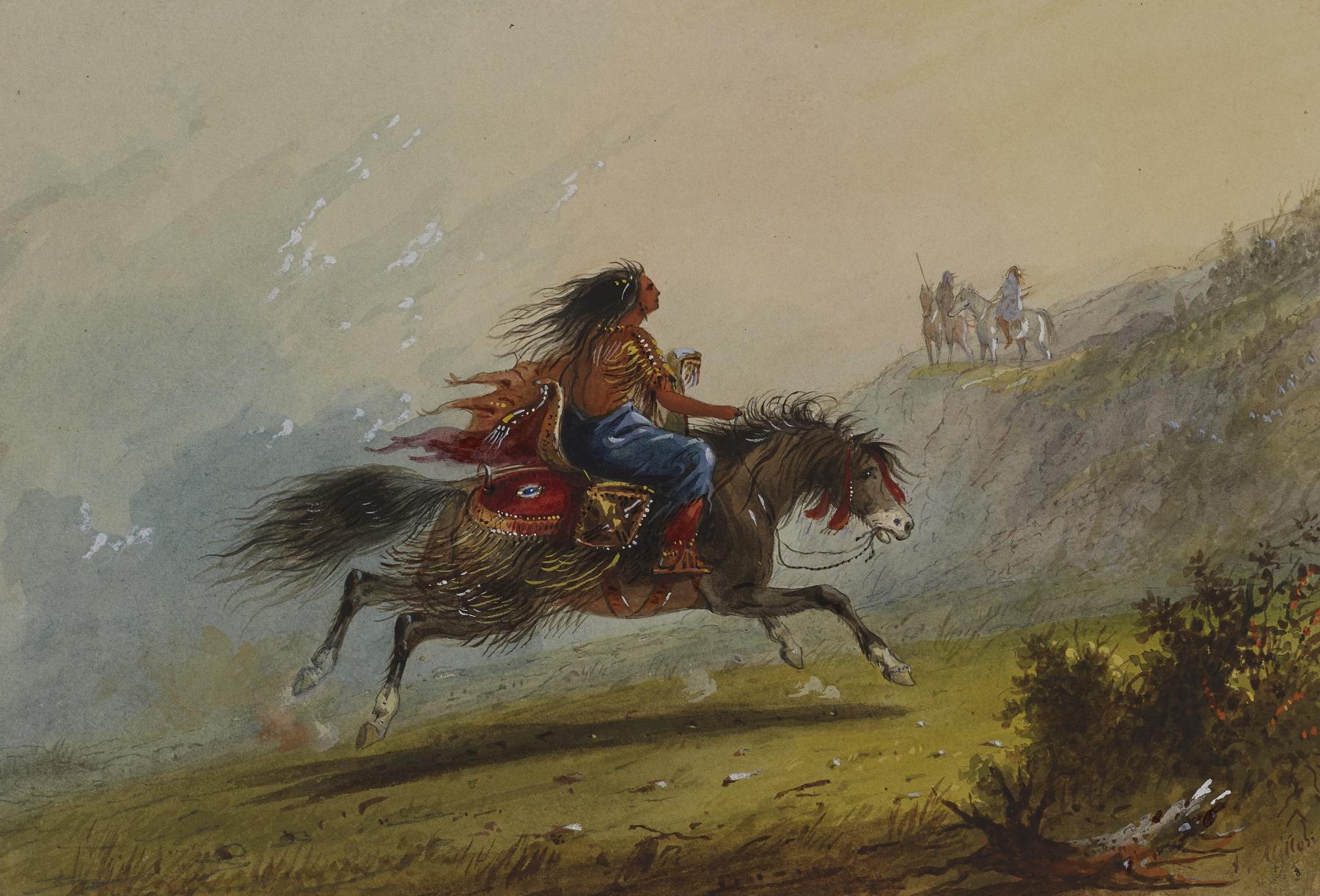 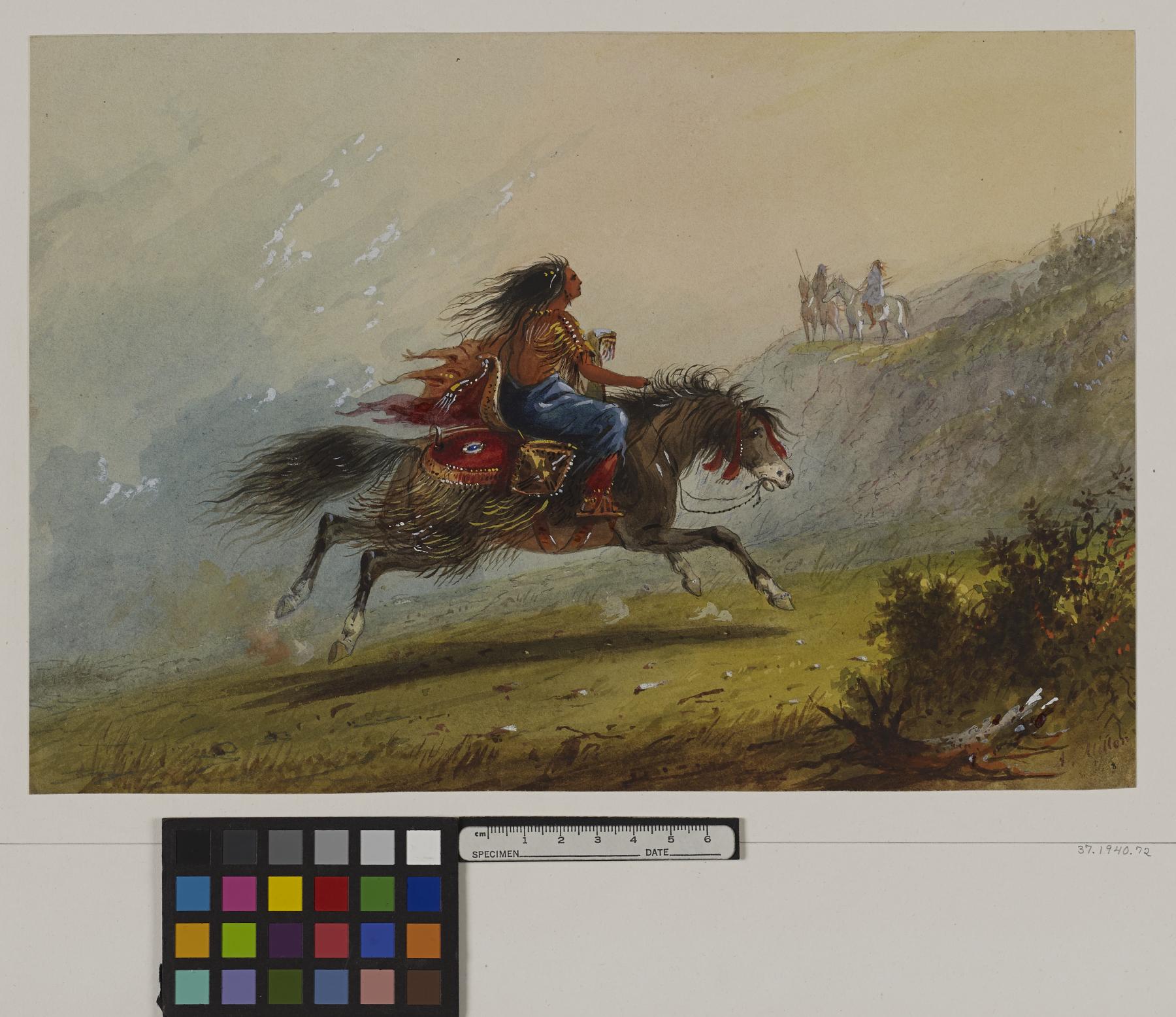 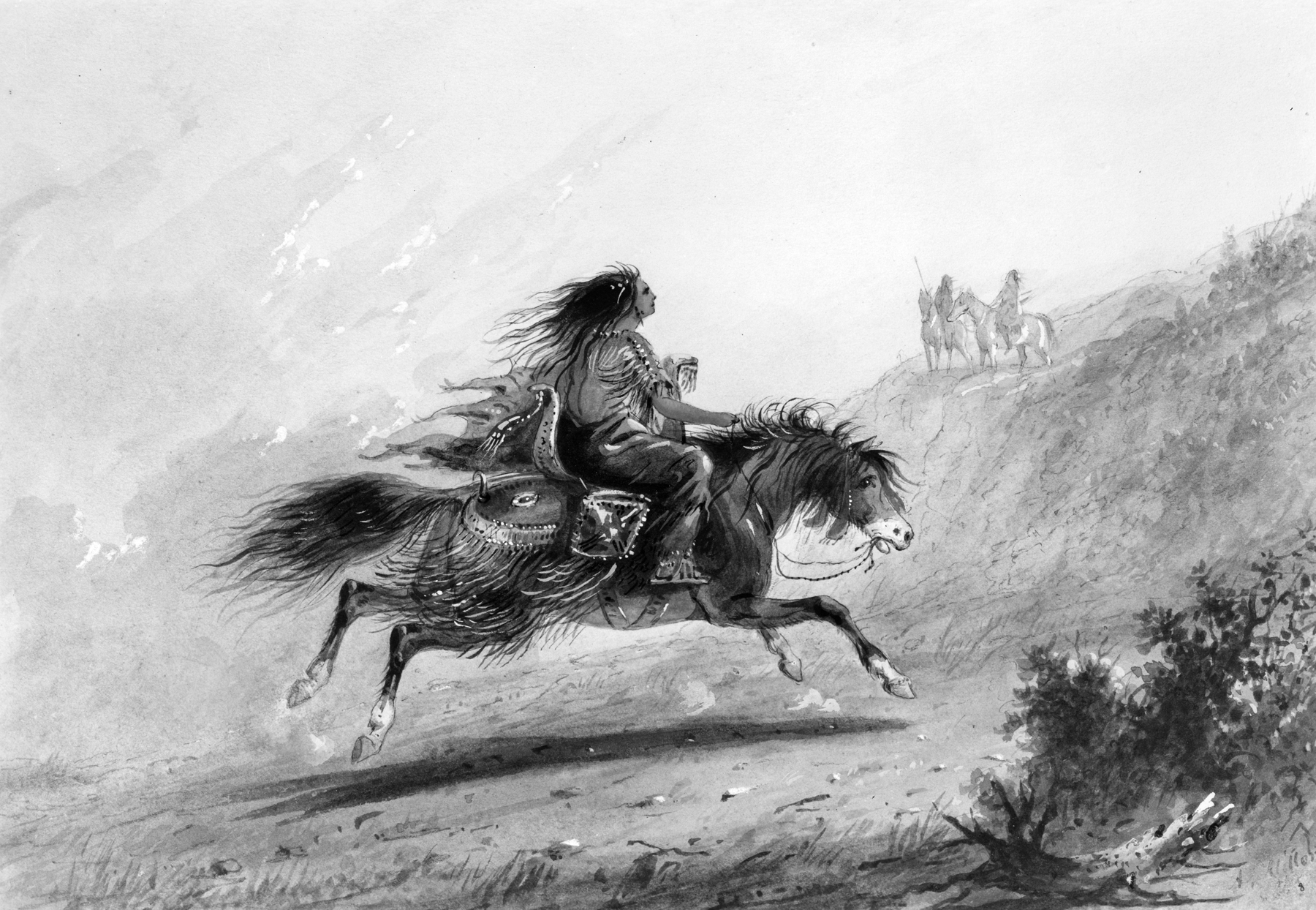 An Indian Girl (Sioux) on Horseback

"To have a good horse and full equipment is the realization of heaven on earth to an Indian girl, never having heard of the Poet's 'Beauty unadorned,' she goes to the other extreme, and piles it on as thick as possible, in the way of ornament; and what with hawk's bells innumerable, and tags of tin fastened to her fringes, the movements of her horse create abundance of noise as she gallops over the prairie. The ornamented cloth attached to the crupper is made of the brightest colors, bordered with porcupine quills and beads, worked into geometric figures by her own hands;- streamers of the same material are pendant from the horse's ears, and 'possibly' sack depends from the saddle to which it is attached;- her feet rest on stirrups of a particular form and make, well brought up. The effect of the whole 'turn out' being extremely picturesque to an artist's eye." A.J. Miller, extracted from "The West of Alfred Jacob Miller" (1837).