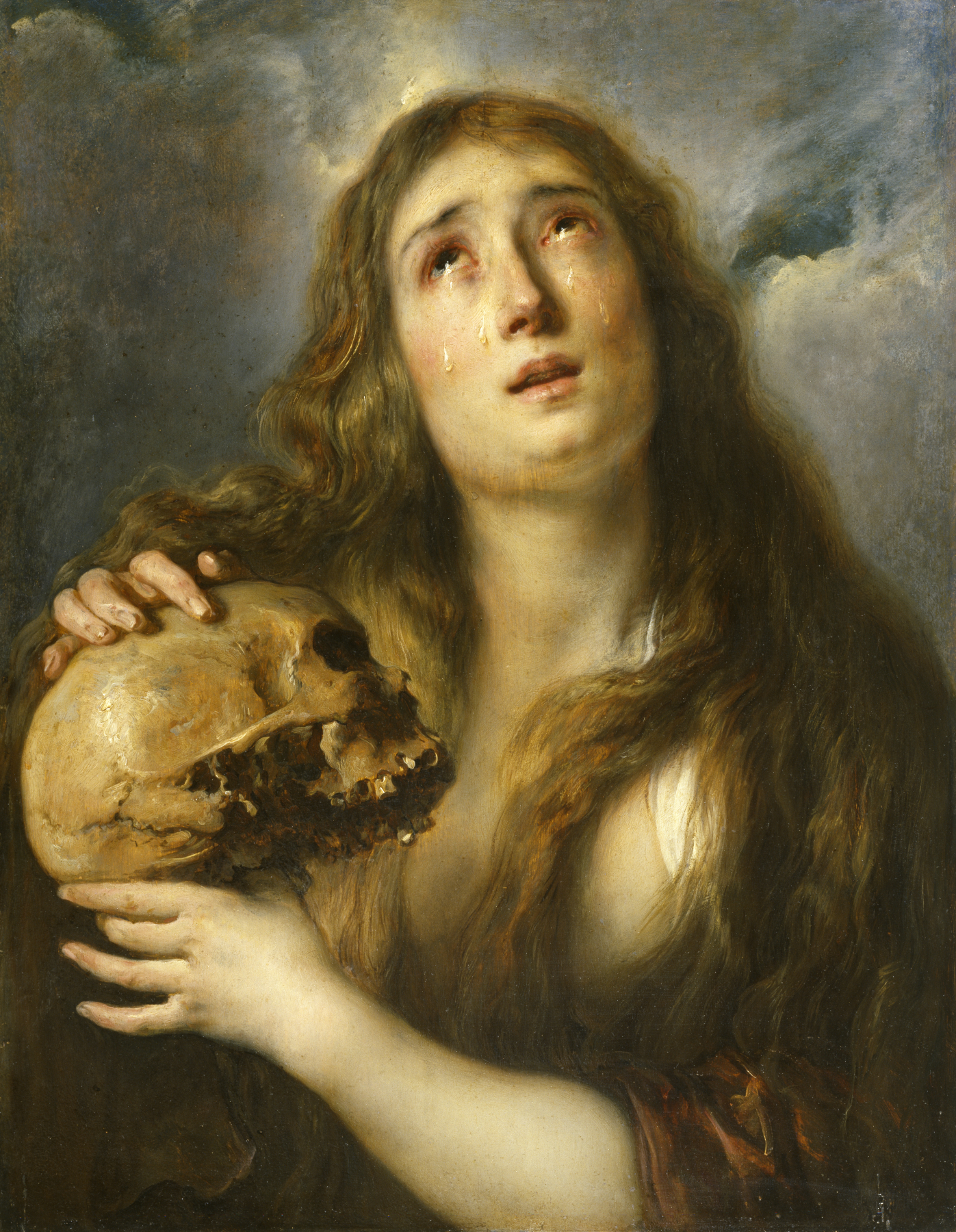 according to biographies of the saints composed in the Middle Ages, Mary Magdalene was a prostitute at the time that she became a follower of christ and after christ was crucified she became a hermit and lived the rest of her life in meditating on the follishness of focusing on earthly pleasures and doing penance. she is therefore often shown meditating on a skull as a symbol of the transitoriness of life. She is normaly shown as still very beautiful and especially appealing in her semi-nude state. The Magdalene was a popular subject with Catholic collectors; for example the Bavarian ducal collections included eight paintings recorded in the 1598 Inventory (see under no. 1071): the subject conveniently combined a model of repentance and a beautiful, scantily clad woman whom the male viewer could feel justified in contemplating.

After the deaths of Peter Paul Rubens (1640) and Anthony van Dyck (1641), there remained several fine history painters in Antwerp such as Jan Boeckhorst. He was born in Münster, Westphalia (Germany) but came to Antwerp to study. He appears to have worked with both Rubens and Jordaens, indeed the Magdalene's face is quite close to that of the Virgin's in Jordaens' Flight of the Holy Family into Egypt of 1647 (Walters 37.2368).