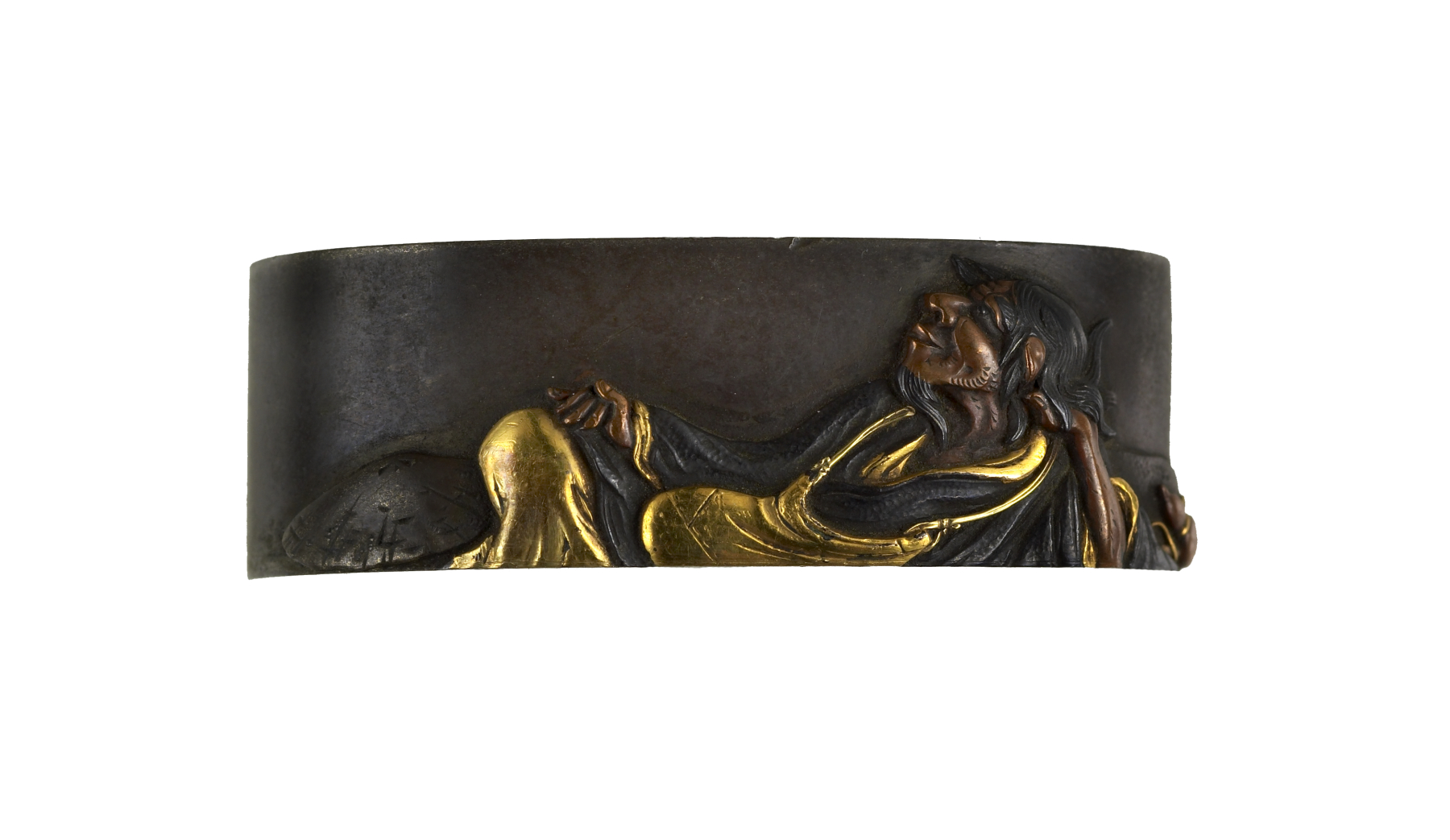 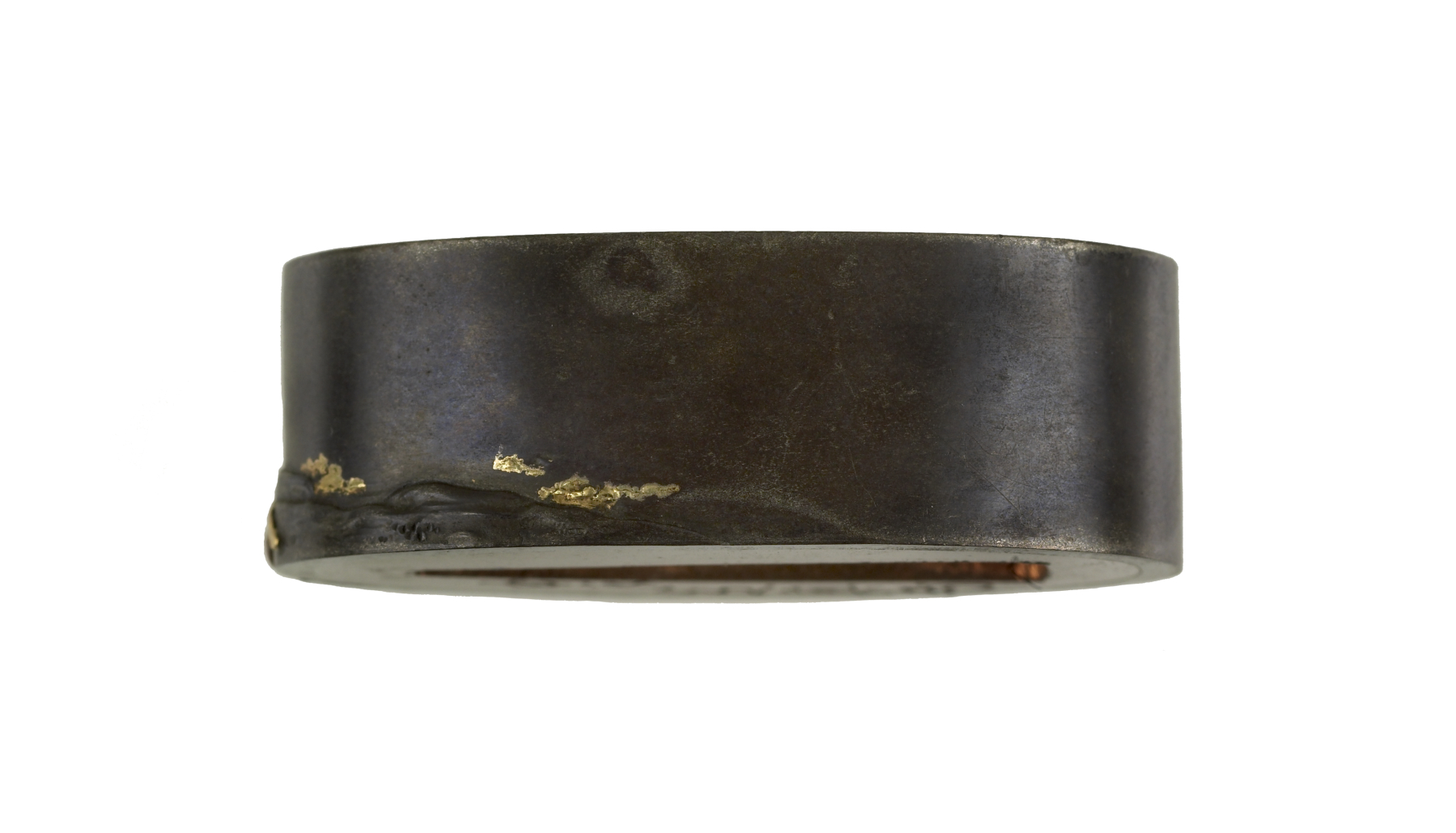 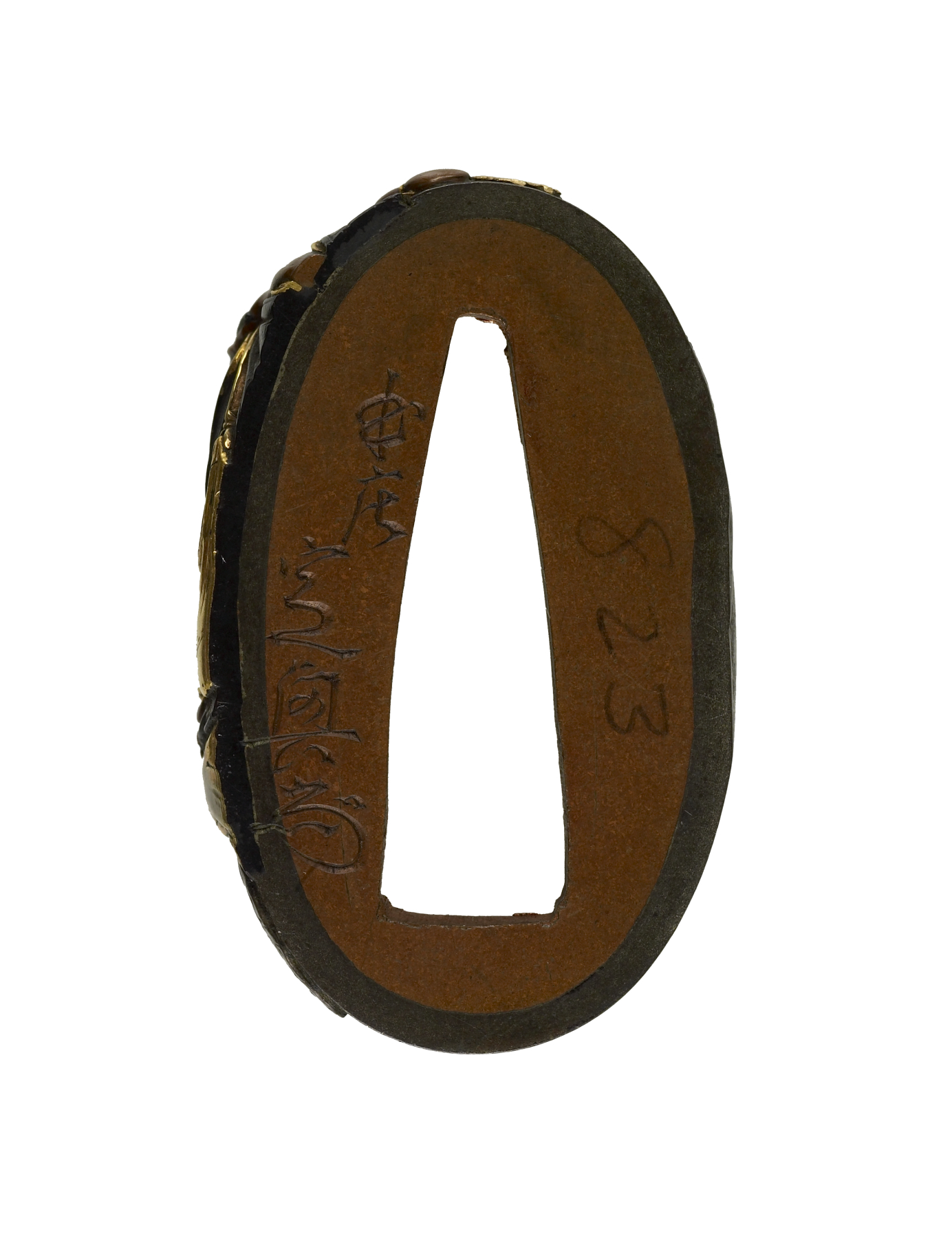 The figure lying on his side is the Chinese immortal Tekkai (Ch. Teiguai [T'ieh Kwai]). He left his body for seven days to consult with Laozi [Lao-tzu] and when he returned could not reenter his old body. He had to take the body of an old beggar by the roadside who had recently died. He is often paired with the immortal Gama, shown on Walters 51.1123, because they both had the ability to send their spirits out of their bodies. 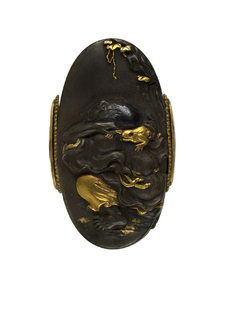 Kashira with the Chinese Immortal Gama