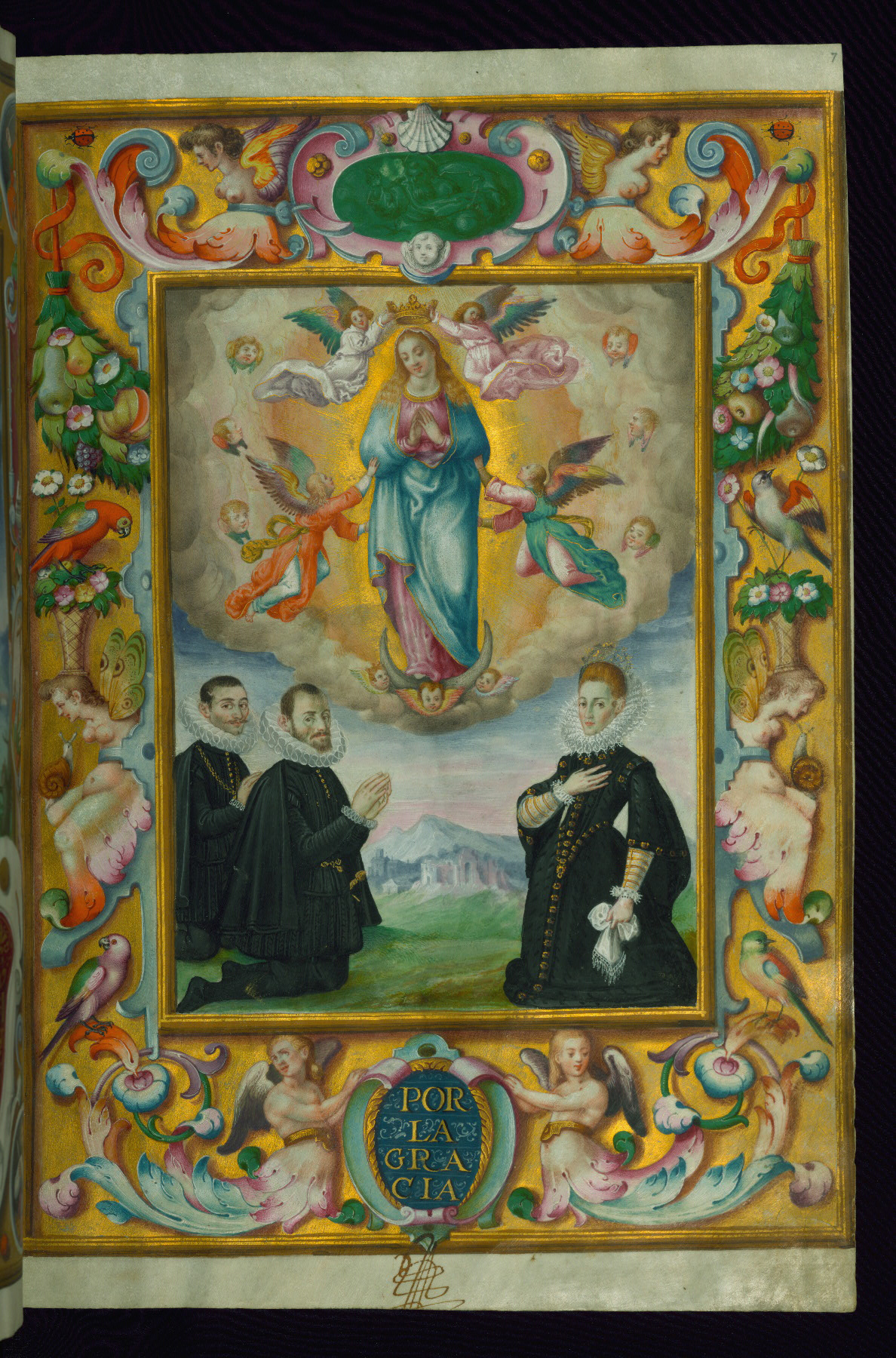 This lavishly bound manuscript, which was given by King Philip III of Spain to a nobleman named Don Luys Nunez Perez, is dated to July 10, 1608 and is still accompanied by the official lead seal of the king (Walters 55.88). Documents such as these were bound at the time of presentation, and since they are dated, provide valuable evidence for binding styles from various regions and periods. While the manuscript itself is remarkable in its own right, it is even more distinctive for the original box in which it is housed. Created in the shape of a book and decorated with the same web of gold as the actual binding, the book box is so customized that it even has a circular cavity carved out inside it to house the accompanying seal. The interplay between the tooled binding and its matching wood box attests to the masterful craftsmanship of Spanish binders in the early seventeenth century. Due to its fragile condition, it is only possible to digitize parts of the manuscript. 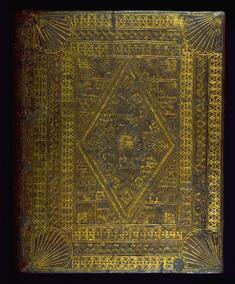