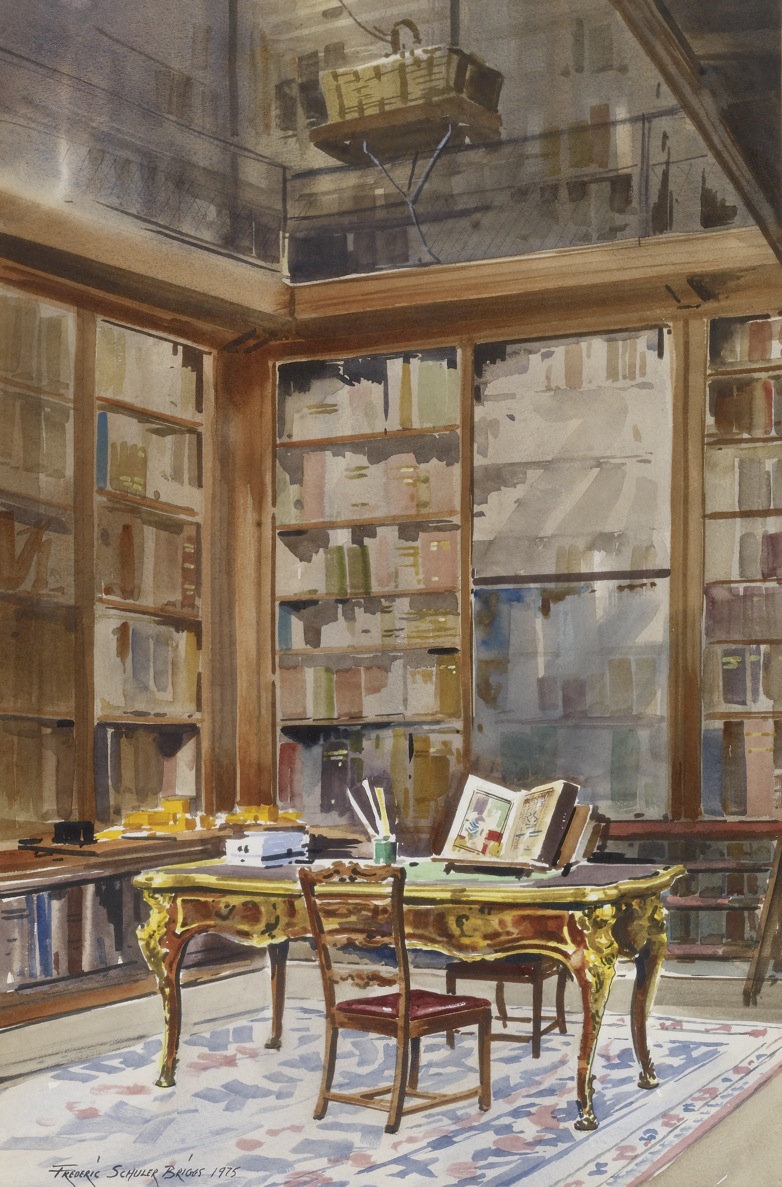 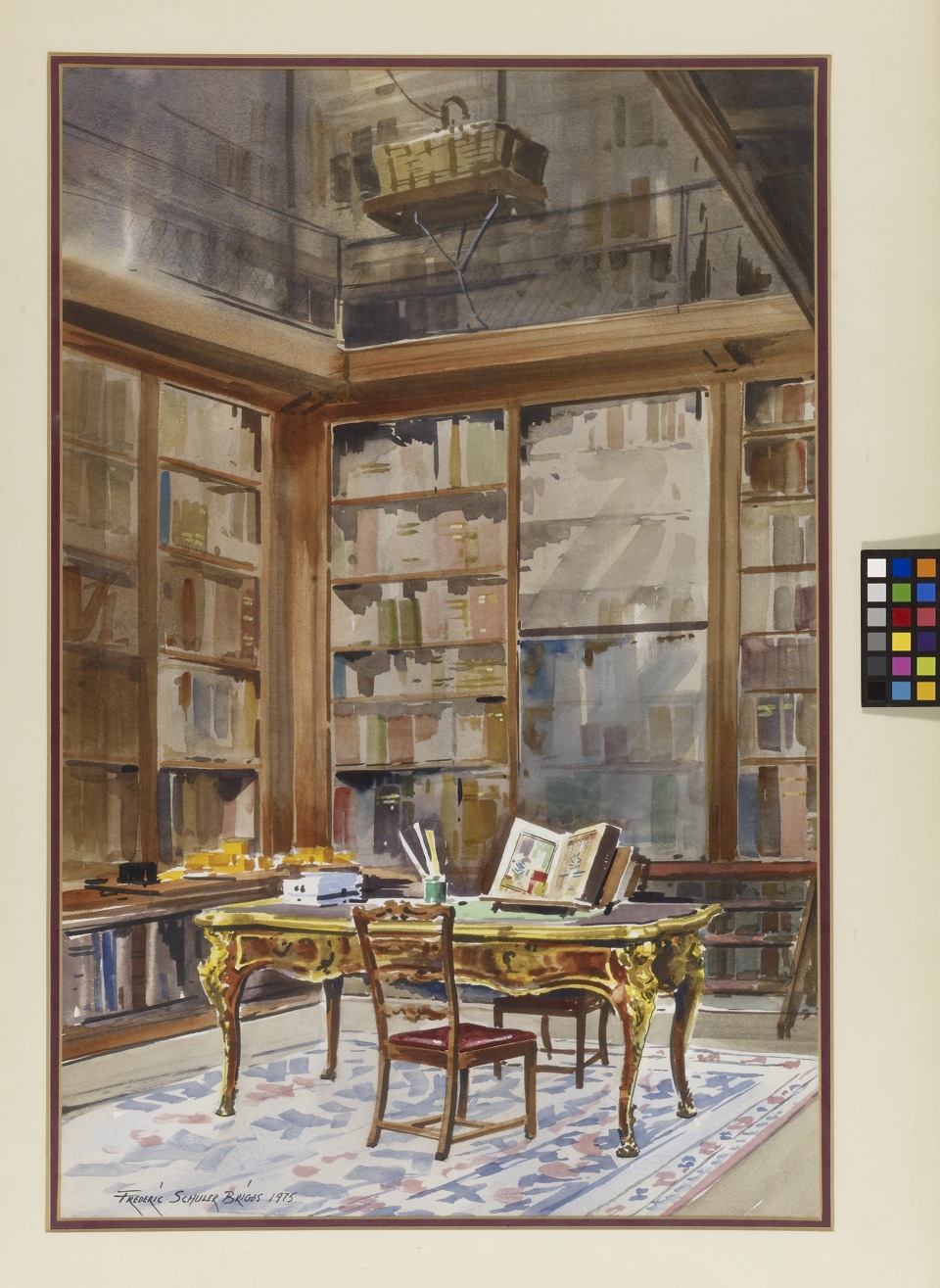 This watercolor captures Henry Walters' original library, created as part of his new museum building in the early years of the 20th century. Two stories of shelves were filled with books, and the manuscripts, which were housed on the upper shelves, would be lowered down in the basket shown here. Henry was very accommodating to scholars who wished to come and study his books, issuing them one-day reader cards and instructing his superintendent John C. Anderson to "clear the table of all the objects on it, so he [sic] can have a place to examine and compare." When a scholar was unable to visit the library, Henry allowed photographs to be taken and at times even sent the books to them.