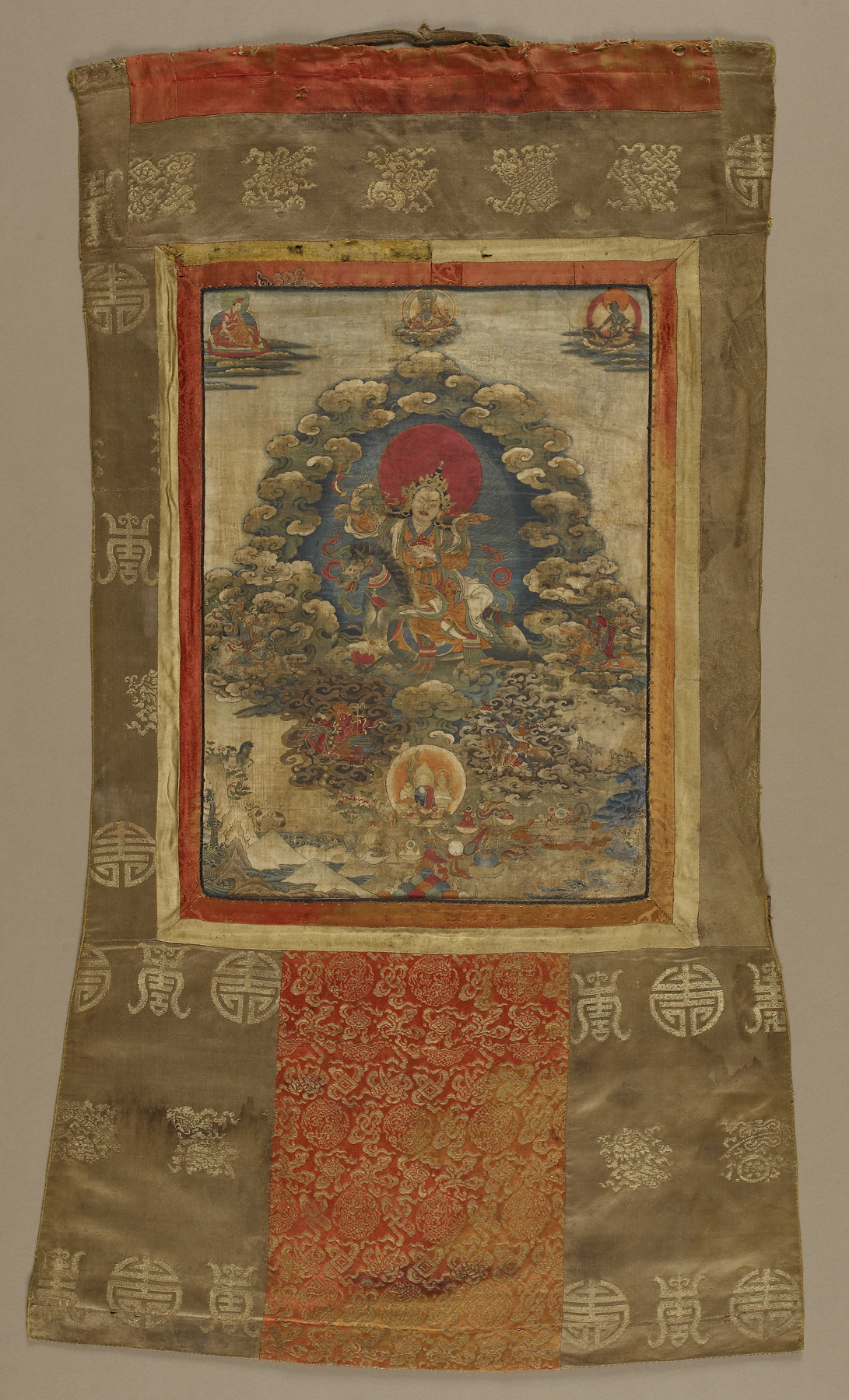 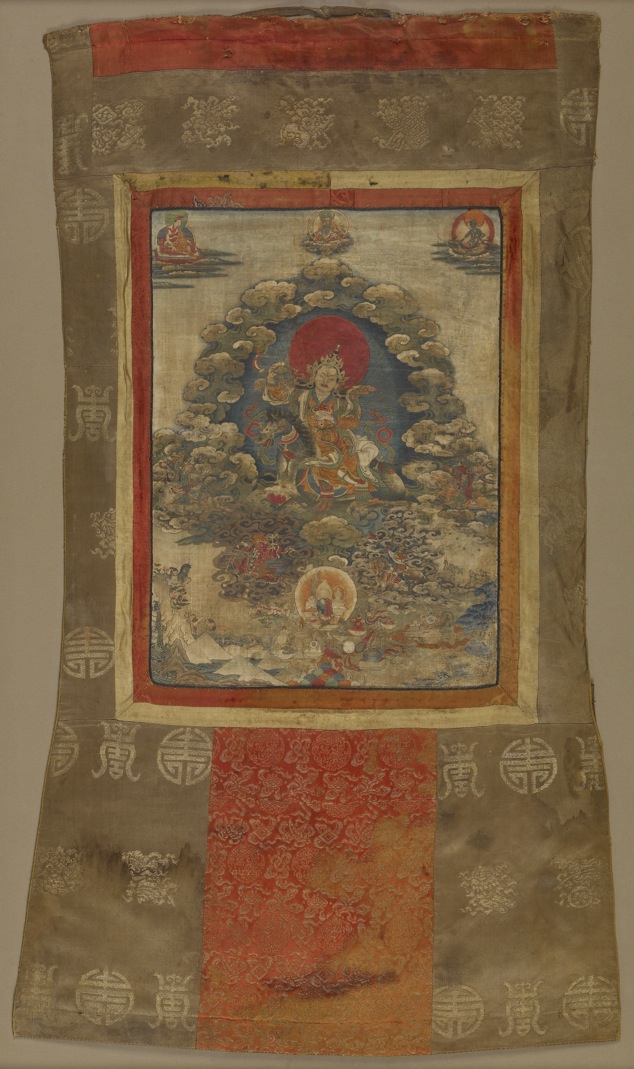 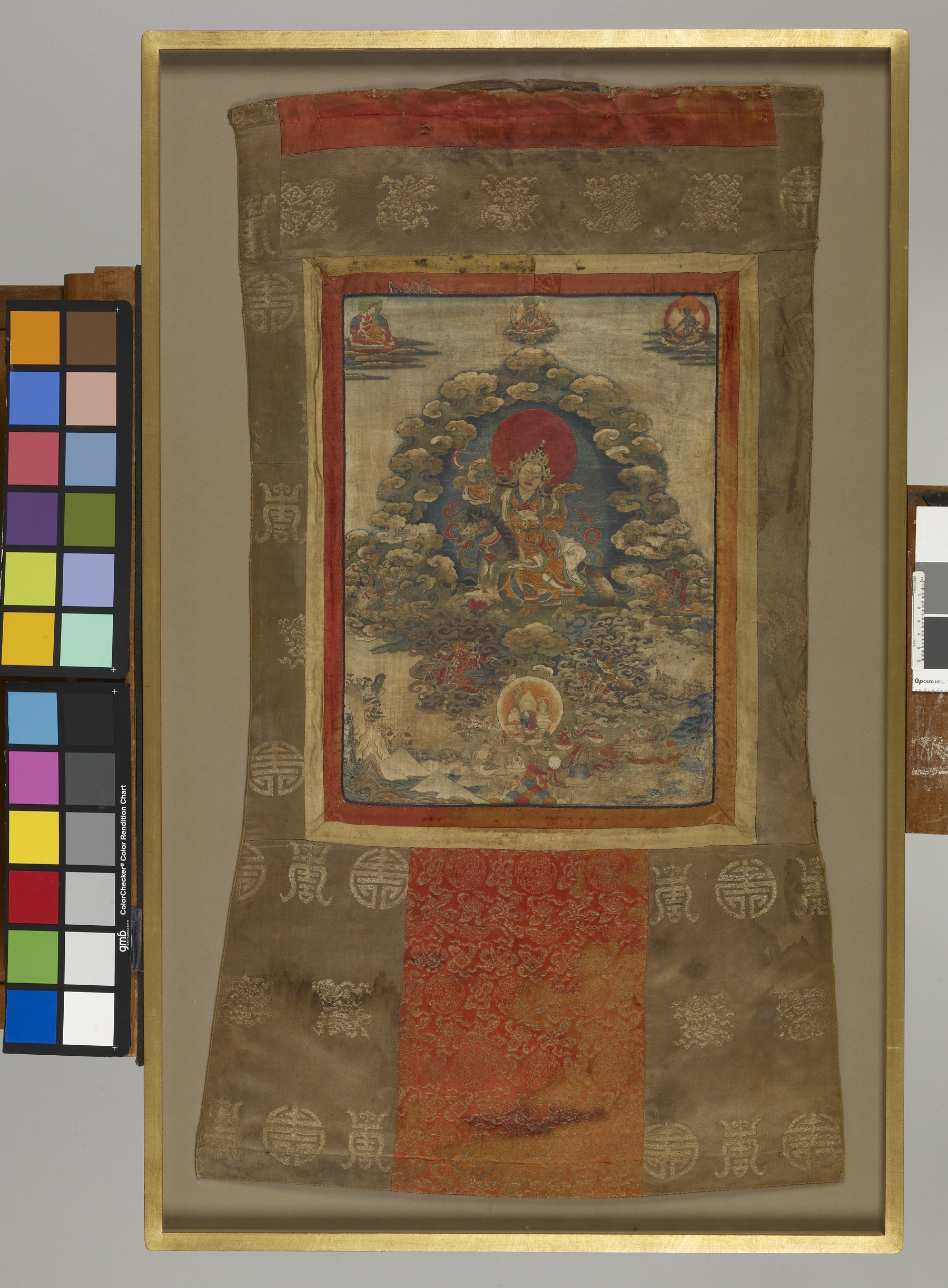 The protector deity Achi ("Lady") Chokyi Drolma speeds through swirling clouds riding a flying blue horse. She holds a blood-filled skull bowl and a drum, objects symbolizing triumph over evil, and her grimace frightens away forces that pose a threat to the Buddhist teachings. In the clouds below her are four attendant figures, each riding its own animal; the goddess Tara and two historical figures occupy the upper registers of the composition. Ritual offerings depicted in the painting's foreground allude to Achi Chokyi Drolma's sacred biography: born in Central Tibet in the eleventh century, she was known as a great teacher and Tantric practitioner. On one occasion, she miraculously transformed a corpse into sacred offerings for a ritual feast, after which she vowed to become a protector deity, had verses composed for her invocation, and was apotheosized, flying to a Buddhist heaven on the back of a blue horse. When her great-grandson, Jigten Sumgon (1147-1217), founded the Drigung branch of the Kagyu monastic order, he established Achi Chokyi Drolma as the protector deity of that tradition.

Acquired by John and Berthe Ford, Baltimore; given to Walters Art Museum, 2014.