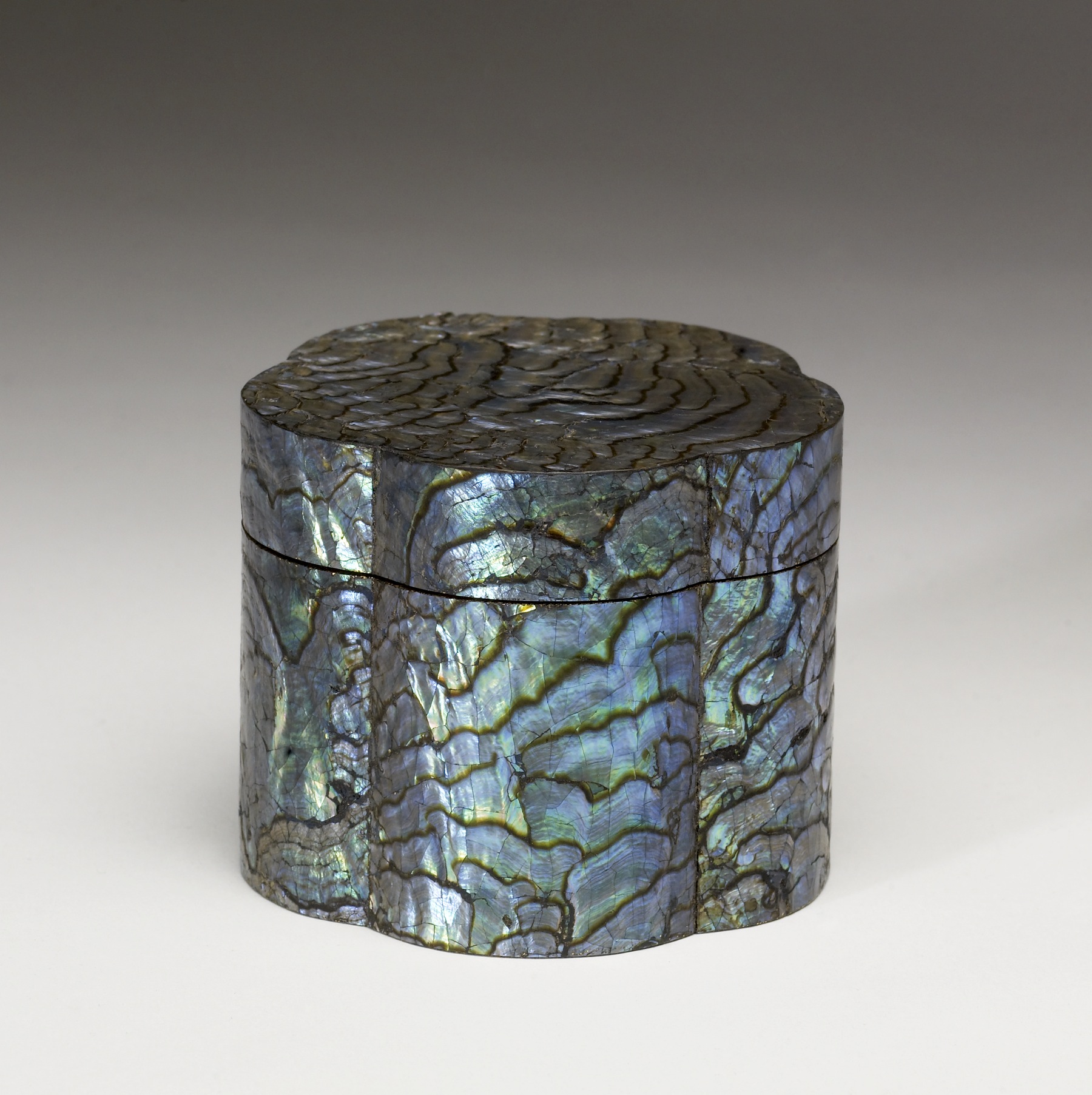 This small kogo (box) is made in the traditional Japanese plum blossom form. It comprises five shallow lobes uniformly distributed around a central point. The kogo is covered on the exterior with cut slices of abalone shell placed to create a pattern of delicate waves. The interior and underside are decorated with a pattern of scattered gold flakes suspended in clear lacquer. This pattern, called nashiji, is common to many later Edo and Meiji period lacquer works. The lid and lower portion of the kogo are decorated with a continuous pattern that when aligned correctly masks the divide between the lid and the lower section. The divide between the two parts results in an upper portion that is roughly 1/3 of the height of the box. Functionally, a box of this type might be used for incense or to hold similar small things, but most often these serve a purely decorative purpose. Works of this type are referred to in Japanese culture as "having been made to be held in the hand." They are deliberately of a scale meant for the palm, and as with this work, the surface pattern leads the eye across and around the surface to encourage constant physical movement.