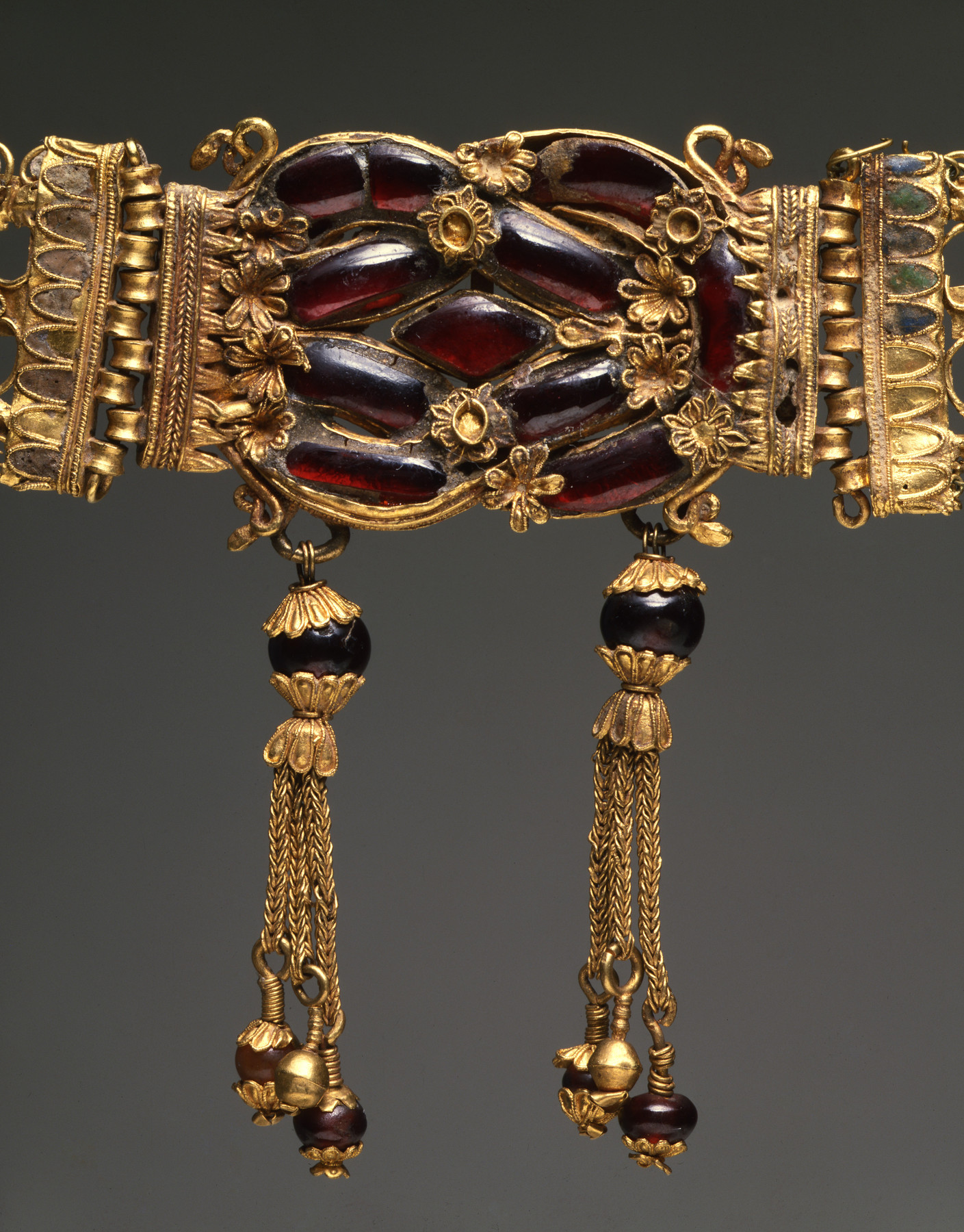 High-ranking or wealthy Greek women often wore elaborate diadems and hairnets of gold and gemstones as part of their jewelry. The centerpiece of this intricate openwork diadem is adorned with a large Hercules knot, inspired by the one the hero used to tie the paws of the lion skin he wore. Due to its protective quality, it also became important in marriage symbolism and was a common motif for women's jewelry of the Hellenistic period, and in royal Macedonian art more generally. The Roman author Pliny (AD 23-79) even attributed healing qualities to the Hercules knot. This elaborate example is decorated with a miniature snake on each of the four edges, twelve gold rosettes, and two long tassels, which would be placed on the forehead.