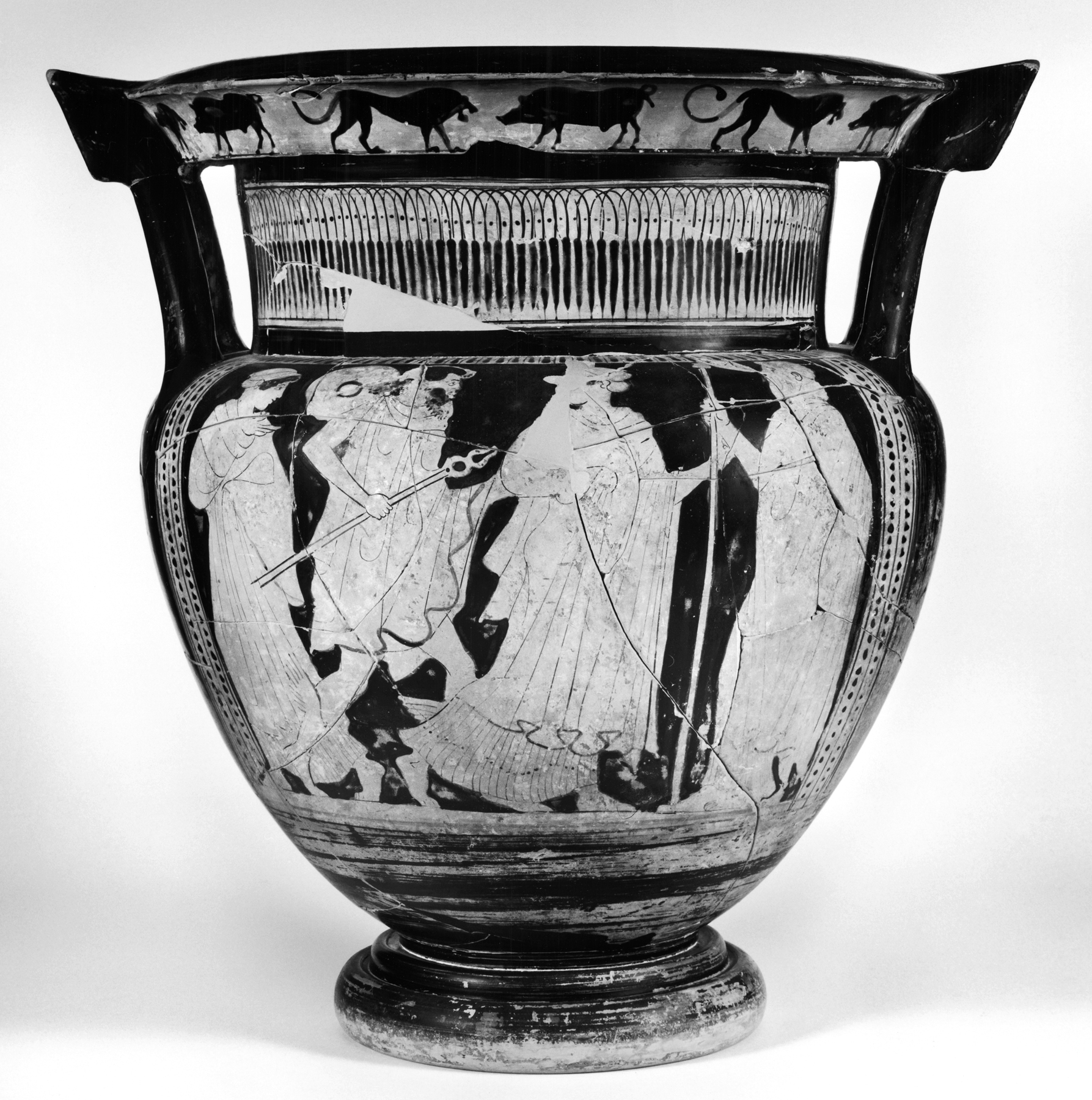 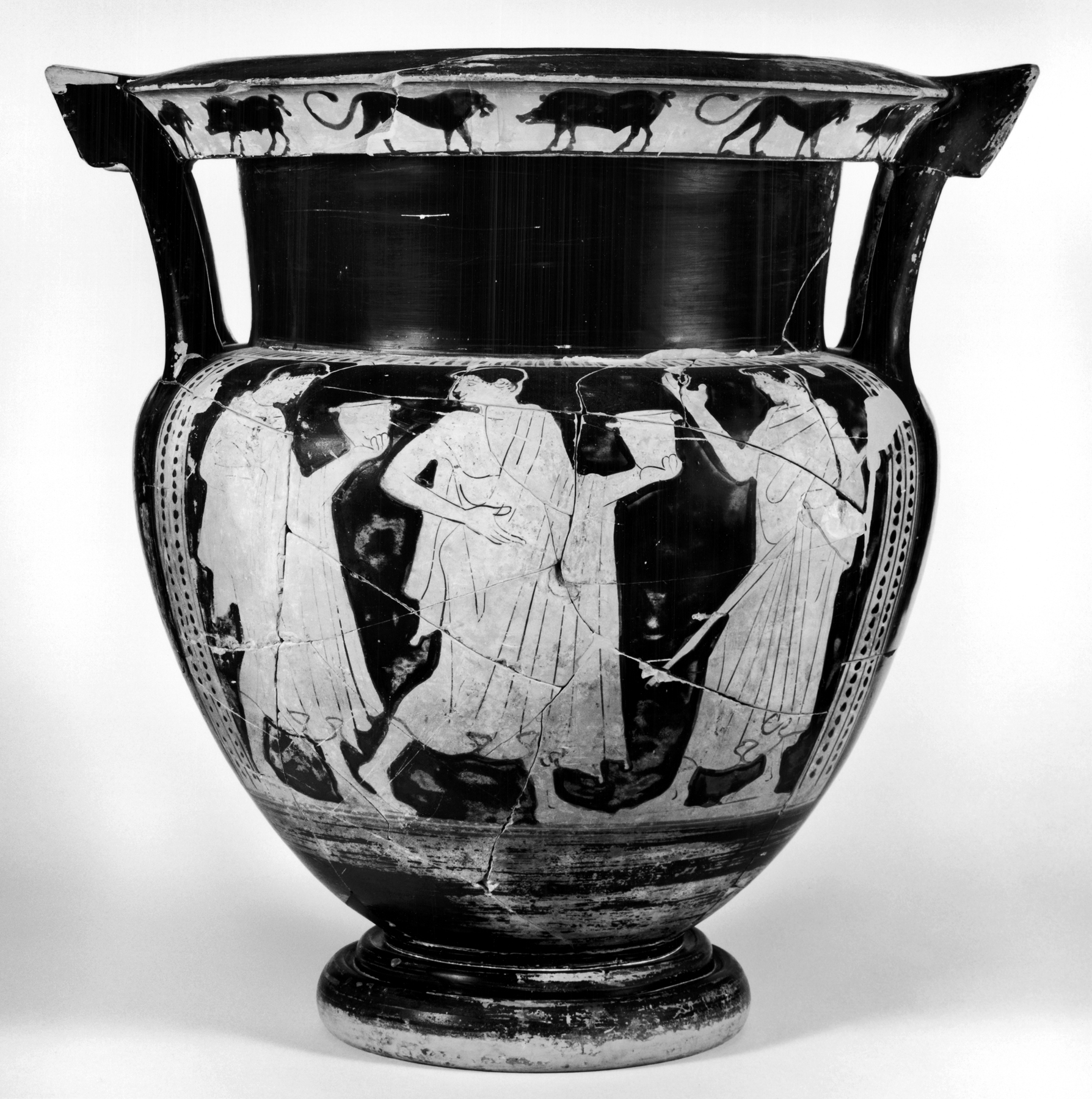 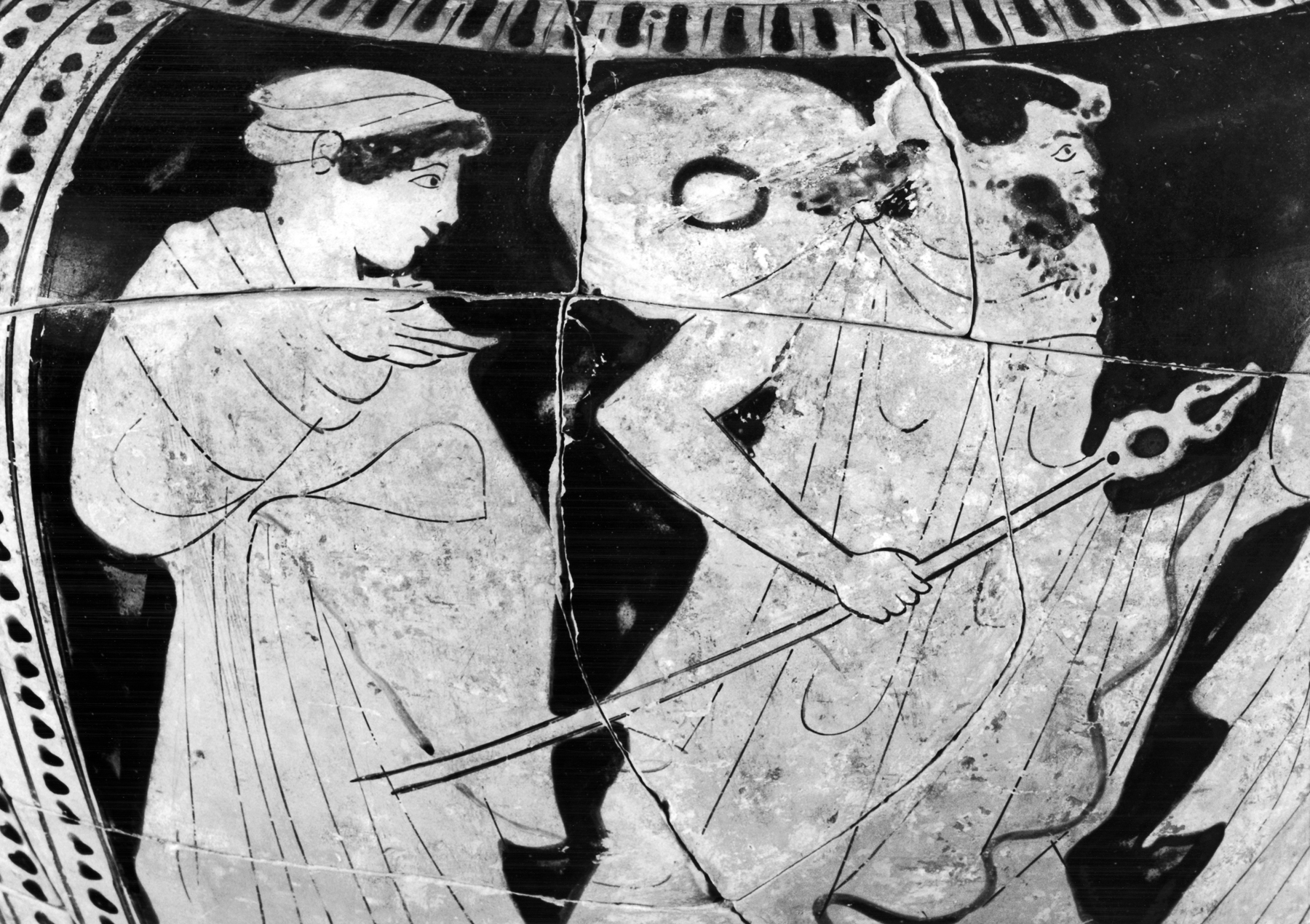 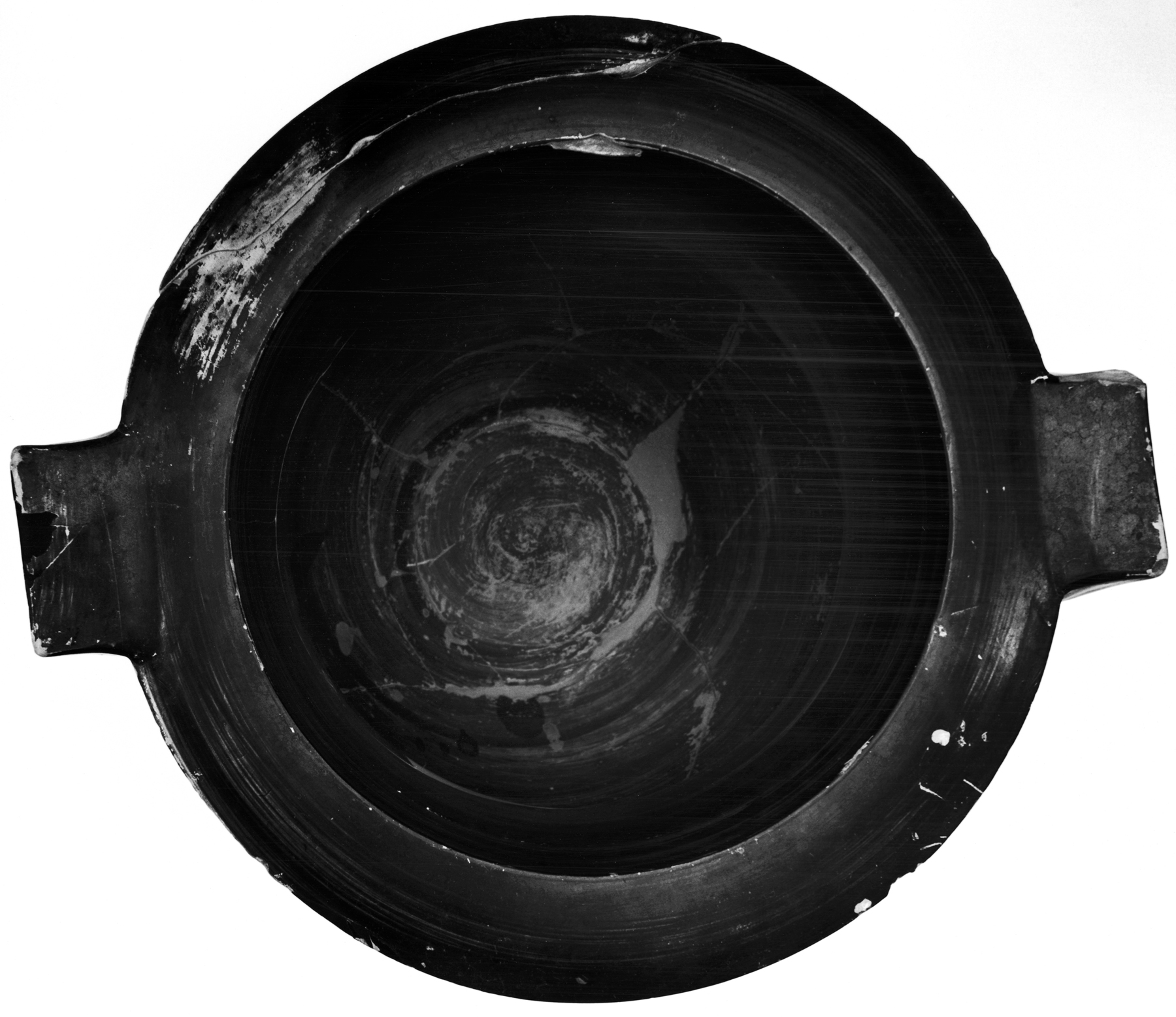 Column Krater with Hermes and the Komos

This red-figure column-krater depicts Hermes on the front. He is pursuing a woman (possibly Herse) to the right. He is bearded and dressed in a chlamys with a brooch and winged boots, and has a petasos hanging down his back from his neck. In his right hand he holds a kerykeion at waist level, and he grasps her right arm with his left. Dressed in a chiton, mantle, and sakkos, she moves right, looking around, her left hand extended in front. On the right stands a bearded, elderly man (possibly Kekrops) wearing a chiton, fillet, and mantle. He holds a scepter upright in his right hand and faces left. On the far left a female companion (possibly Aglauros) flees left, looking around. She wears a chiton, mantle, and sakkos. Her right hand protrudes from the drapery beneath her chin.

On the back is a komos. On the left a mantled youth moves right, a skyphos in his left hand. In the center another youth moves right, looking around. He also holds out a skyphos in his left hand, but he gestures with his right at his side. On the right a third mantled youth stands to the left, holding a staff diagonally across his body. His left hand is covered with his mantle, and he gestures with his raised right hand. The first two wear fillets, the paint used to indicate them now mostly lost.

On the rim, in silhouette are three pairs of confronted lions and boars.

Hermes pursuing a woman is found on a number of early classical and classical red-figure vases, but none has an inscription naming the woman; thus her identity is uncertain. Most likely the woman he pursues on these vases is one of the Aglaurids, possibly Herse, while the king must be Kekrops and the other woman one of her sisters, Aglauros or Pandrosos.