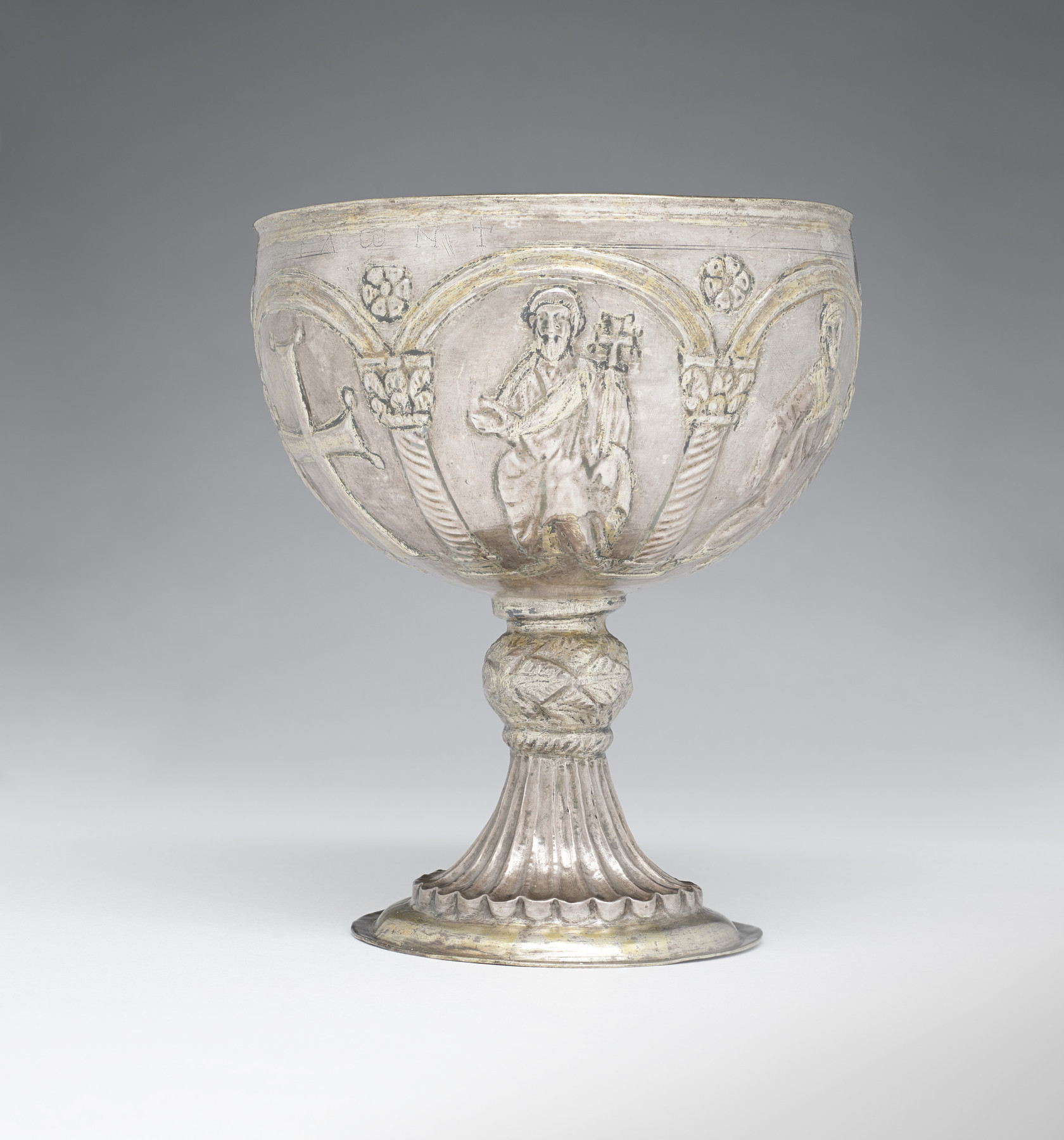 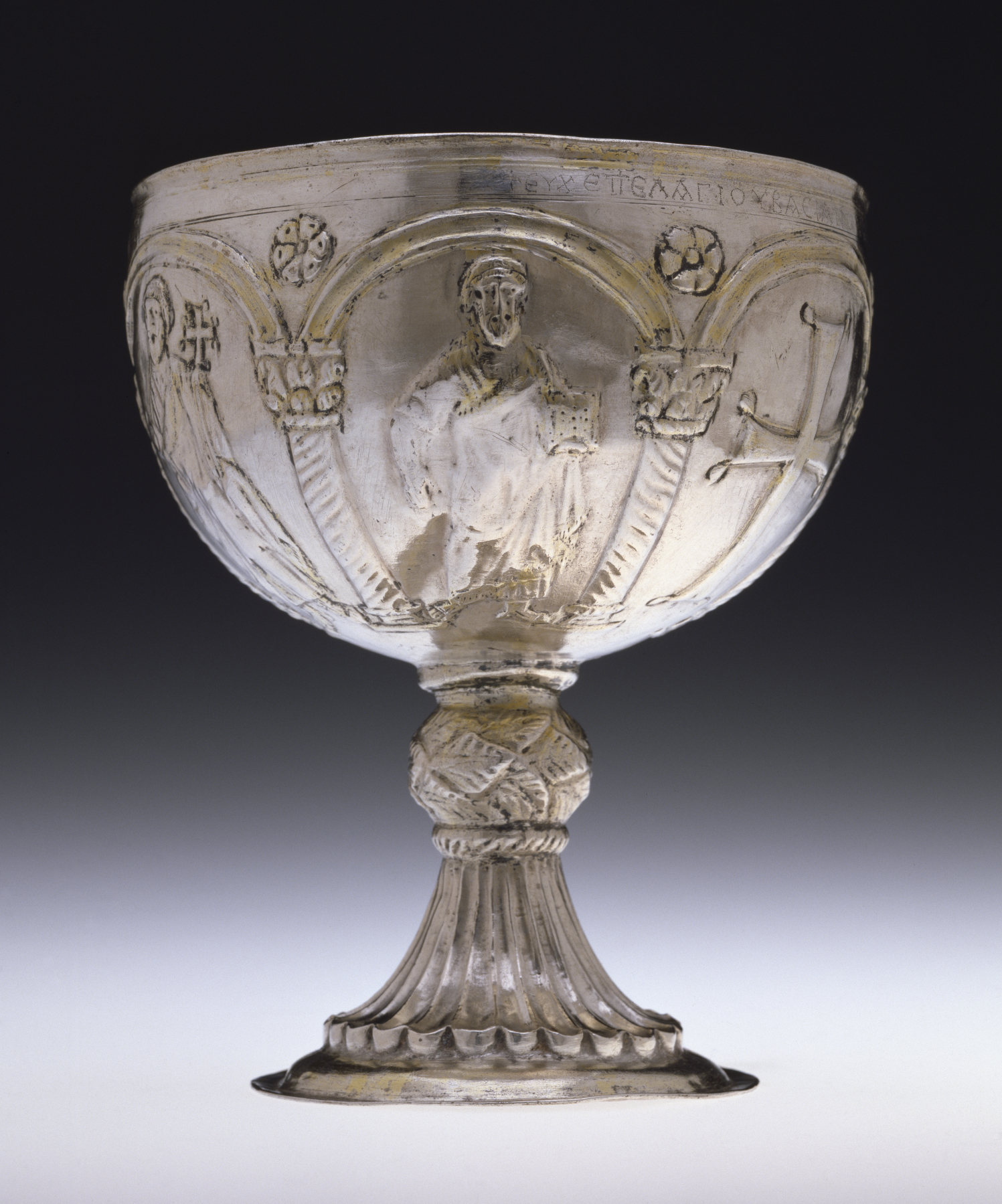 Chalice with Apostles Venerating the Cross

Encircling this graceful, arcaded chalice are two pairs of apostles flanking large crosses. The chalice is one of twenty-three silver altar vessels (formerly known as the "Hama Treasure") believed to have been found in 1910 in the Syrian village of Kurin. The Greek form of the name, Kaper Koraon, is inscribed on the rim. The treasure was probably hidden in the 8th century when, as a consequence of Arab conquests, parts of Syria were gradually abandoned by Byzantine Christians. These altar vessels form part of The Walters' rich holdings in Byzantine silver.

The chalice, which held the wine for the Mass, was given to the church of St. Sergios by a man named Pelagios.