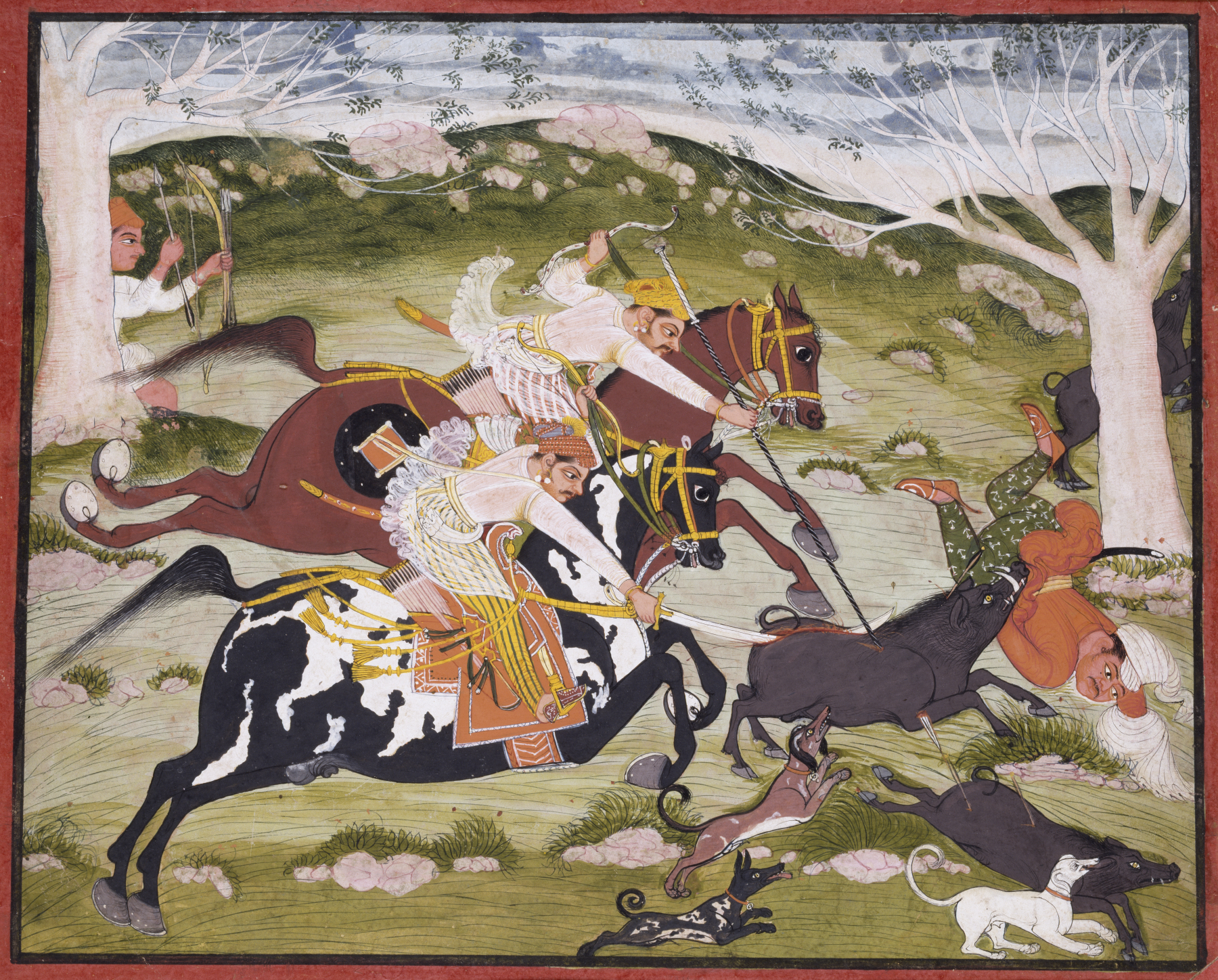 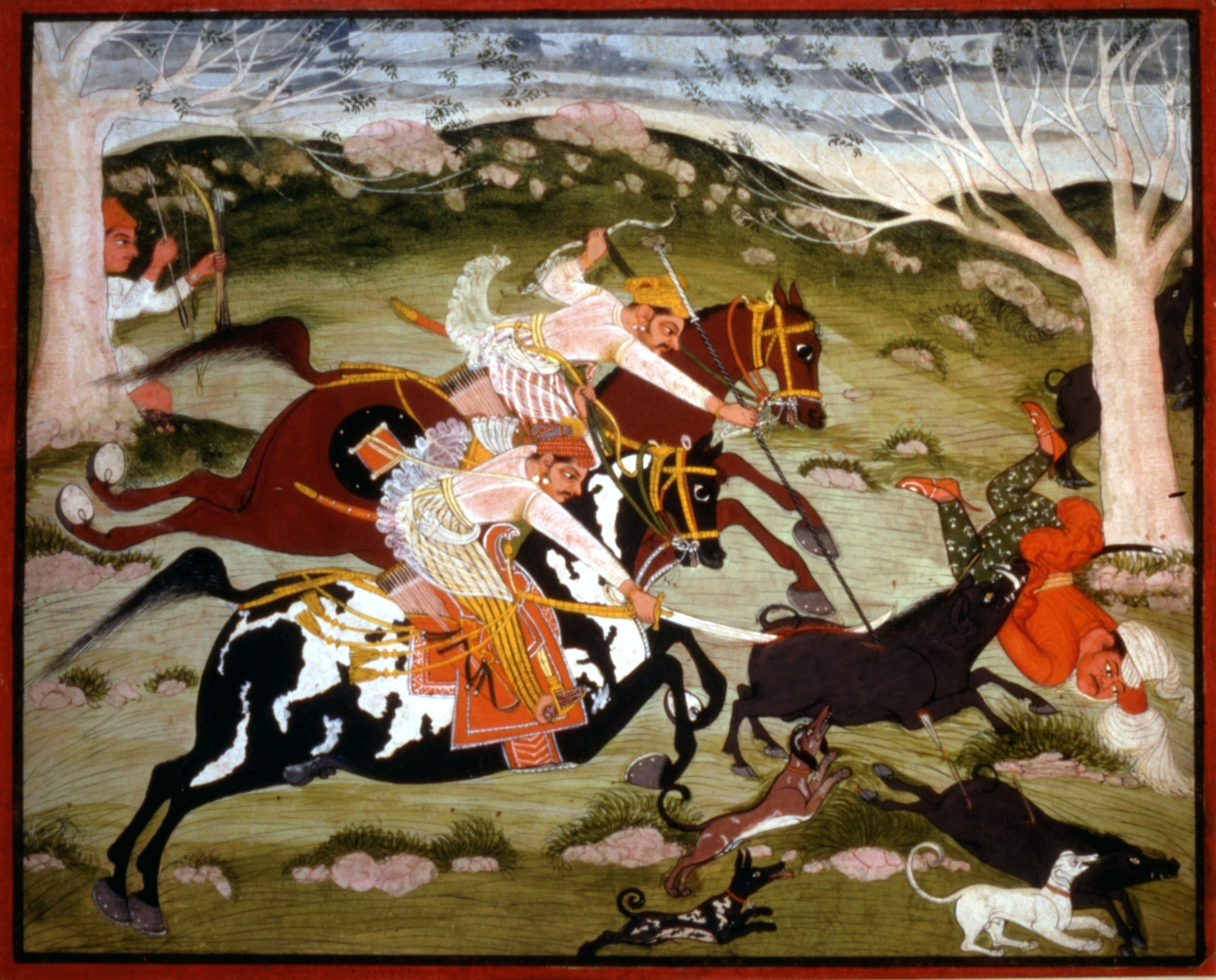 Two princely figures on horseback powerfully charge at a wild boar, simultaneously plunging their weapons into its side just in time to save their companion, who has fallen immediately in front of the enraged animal. The royal hunt was a longstanding tradition in India, demonstrating the bravery and might of the ruler, and involving many of the same skills required for warfare. In the kingdoms of what is today the northwestern Indian state of Rajasthan, the springtime tradition of the boar hunt was especially significant, for a successful hunt was believed to herald good fortune for the year ahead. To ensure success, servants of the court helped to steer the prey toward the royal hunters; this may have been the role of the unlucky man tumbling to the ground, whose plain white turban has come loose in his fall. Another member of the hunting party, dressed even more simply than the fallen figure, waits behind a tree with a bow and arrows. The kill, however, belongs to the richly dressed princes, who are equipped with multiple weapons. As they kill one boar, another—lying below, pierced with two arrows as a dog tugs on its ear—has already succumbed, while another scampers off, attempting to escape the same fate.