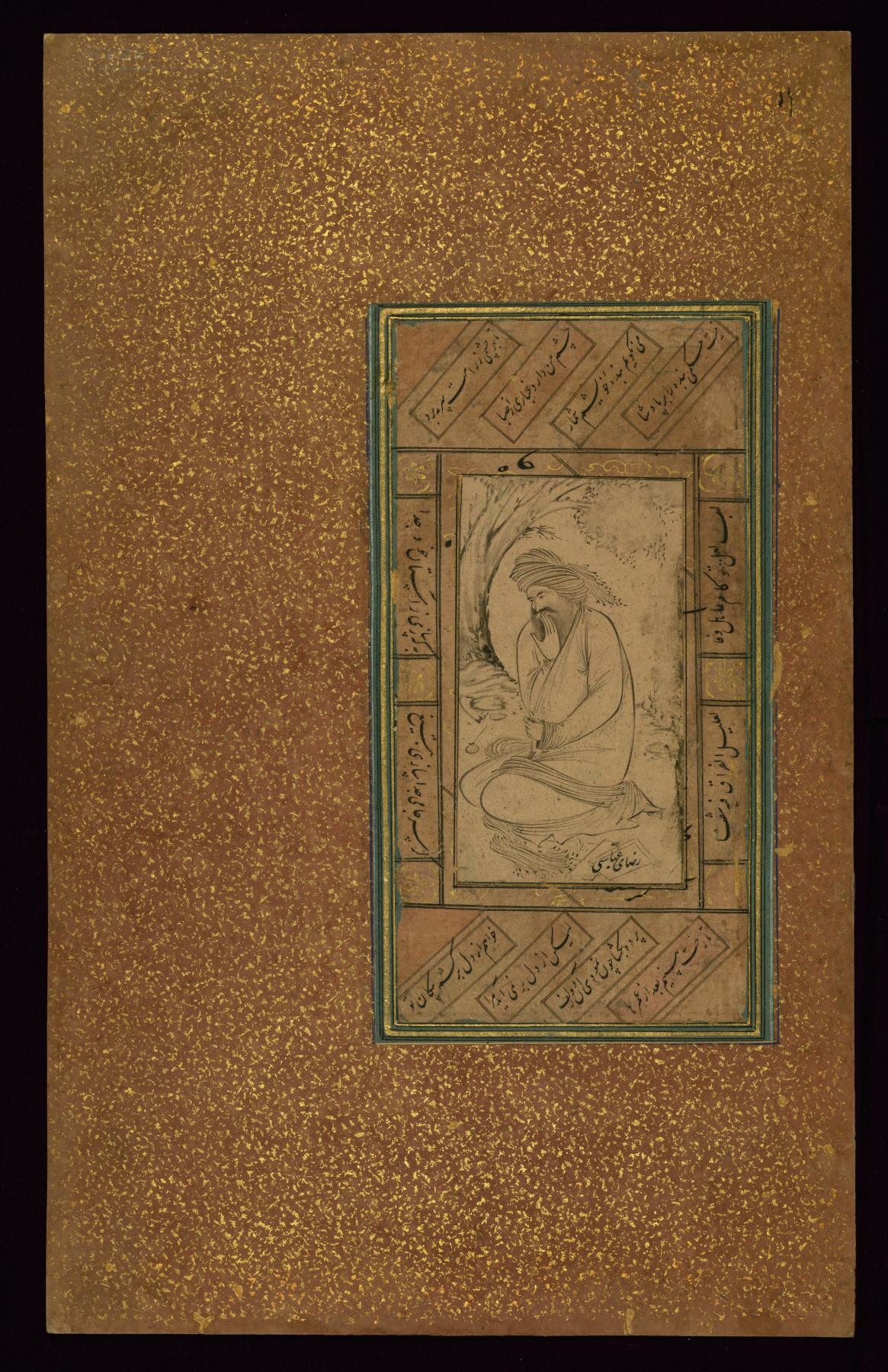 This Safavid drawing of an old bearded man, Walters manuscript leaf W.686, is inscribed with the name of the famous Persian artist Riza-yi 'Abbasi (died 1044 AH/AD 1634). The name of the artist, written in black Nasta'liq script, appears in the lower right corner of the page. It was produced in the middle of the 11th century AH/AD 17th in Iran. Such drawings are often framed by poetic verses. This example is surrounded by panels of verses from a poem by 'Abd al-Rahman Jami (died 898 AH/AD 1492). It has been suggested that the man depicted is meant to represent the poet Jami himself. 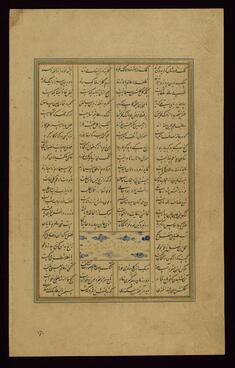 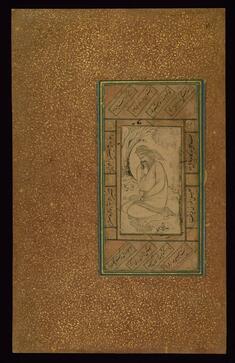