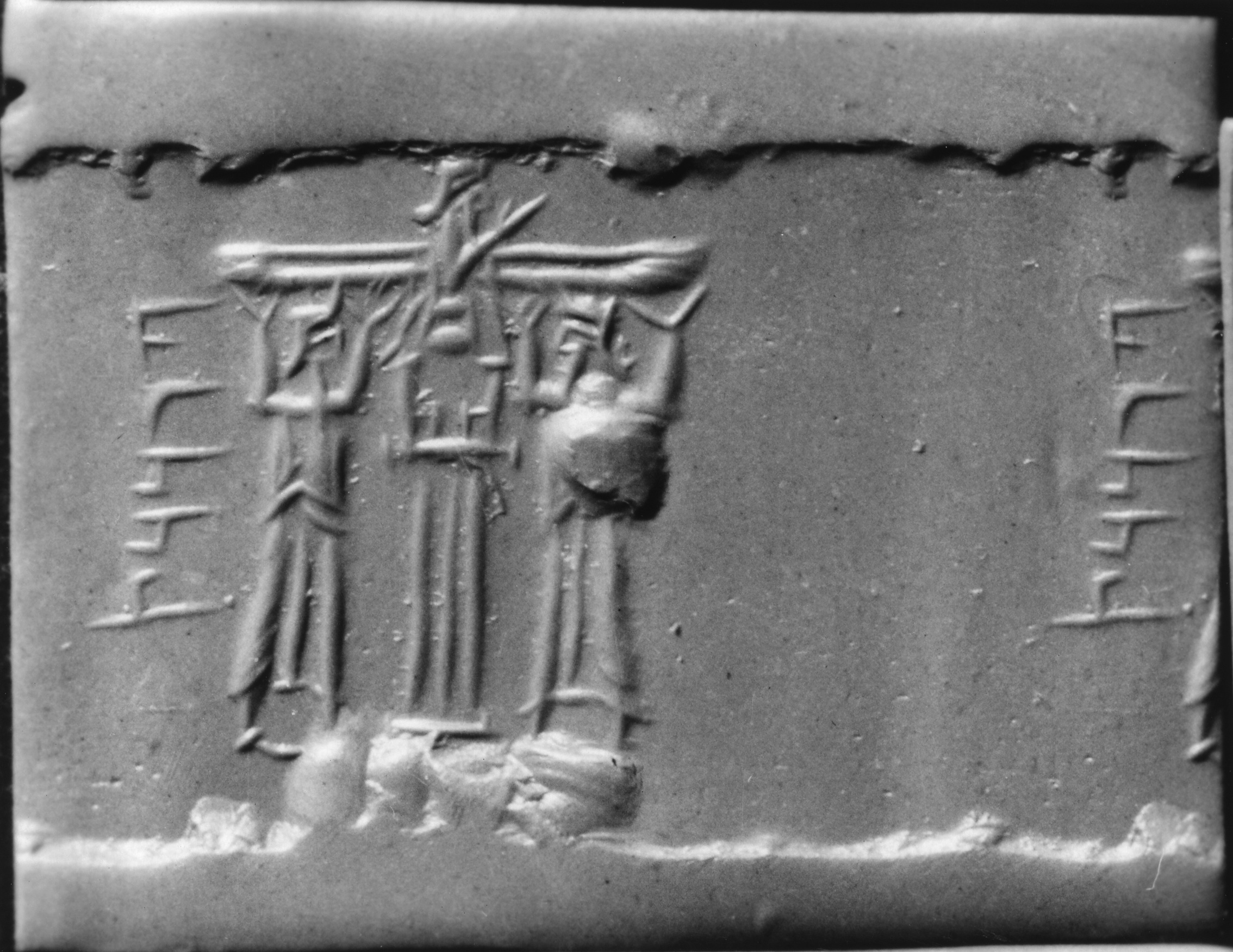 Cylinder Seal with a Cultic Scene and an Inscription

This seal depicts two figures, arms outstretched, standing on either side of an altar with a winged deity. An inscription is incorporated into the scene.