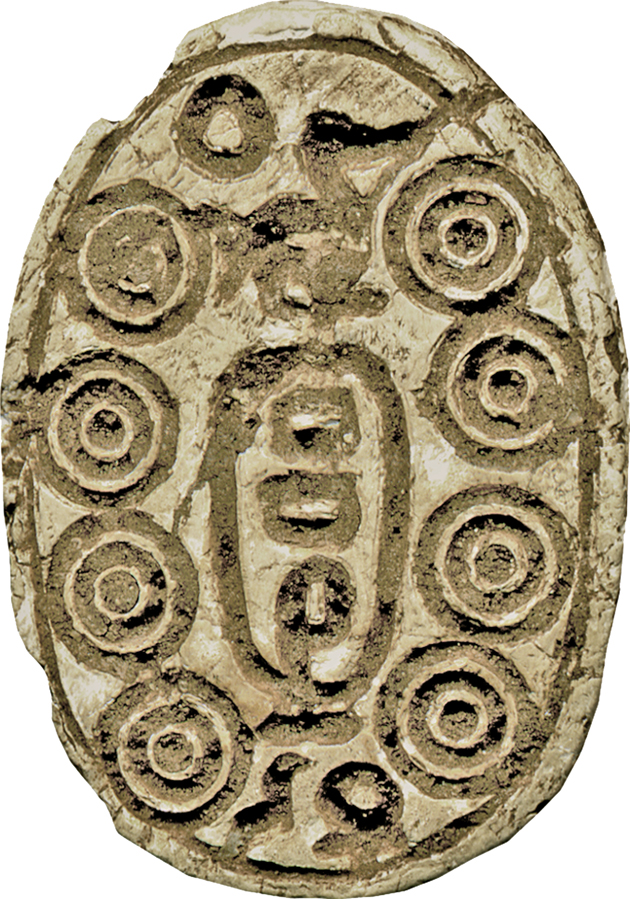 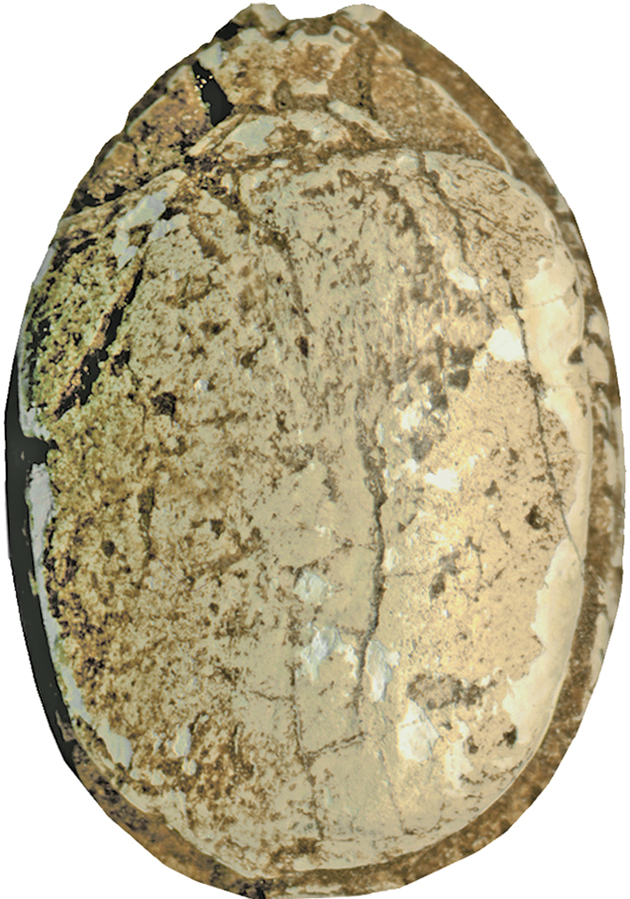 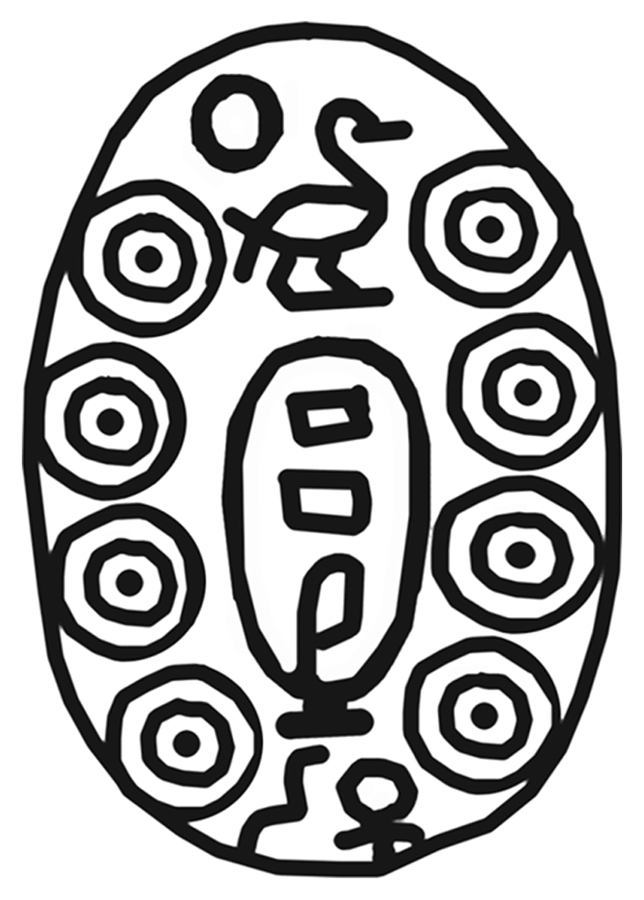 Scarab with the Cartouche of Sheshi

This scarab has a bottom inscription, which contains the name and title of the King Sheshi, as well as a formula wishing him life. The inscription is deeply carved with thick lines, and the shape of the hieroglyphs is somewhat clumsy. The layout is irregularly organized, and the top and bottom signs collide with the borderline. The incised circle-design that frames the inscription, is exact and symmetrically arranged, which contrasts with the more sloppy forms and arrangement of the hieroglyphs; additionally, the last two signs in the lower round are very compressed, and collide with the borderline. It is possible to explain the discrepancy between the exactly executed circle pattern and the inscription either with two different hands - of a scribe and of a pattern cutter - or, and more likely for such a small object, with the use of a kind of compass or stencil for the execution of the pattern. The highest point of the scarab's back is at the partition between pronotum (dorsal plate of the protorax) and elytron (wing cases). The small, semicircular head is framed by borderlines, and the side plates are trapezoidal. The clypeus (front plate) has four frontal serrations, and a central base notch. Two side-notches at shoulder height, which are short and not aligned, define the partition between pronotum and elytron. The raised, slender extremities are naturally formed, and show deeply incised, slightly irregular hatch lines for tibial teeth and pilosity (hair). The background between the legs is hollowed out, and the central triangle shifted slightly to the front. The base is symmetrically oval, and the drill-holes are framed.

The scarab is longitudinally pierced, was originally mounted or threaded, and used as an amulet. Such an amulet should on one side secure the existence and divine monarchy for this king, and on the other provide its private owner with his royal patronage.

The identification of Sheshi with one of the Hyksos rulers or their vassals is likely, but not secure.. The meaning of the circles' arrangement is difficult to determine; nevertheless, given its similarity to the hieroglyphic sign of the sun disk, it may assure renewal.

[Translation] Birth name of King Sheshi in a cartouche combined with "solar filiations" title and a wish formula: Son of Re: Sheshi, who may live forever.