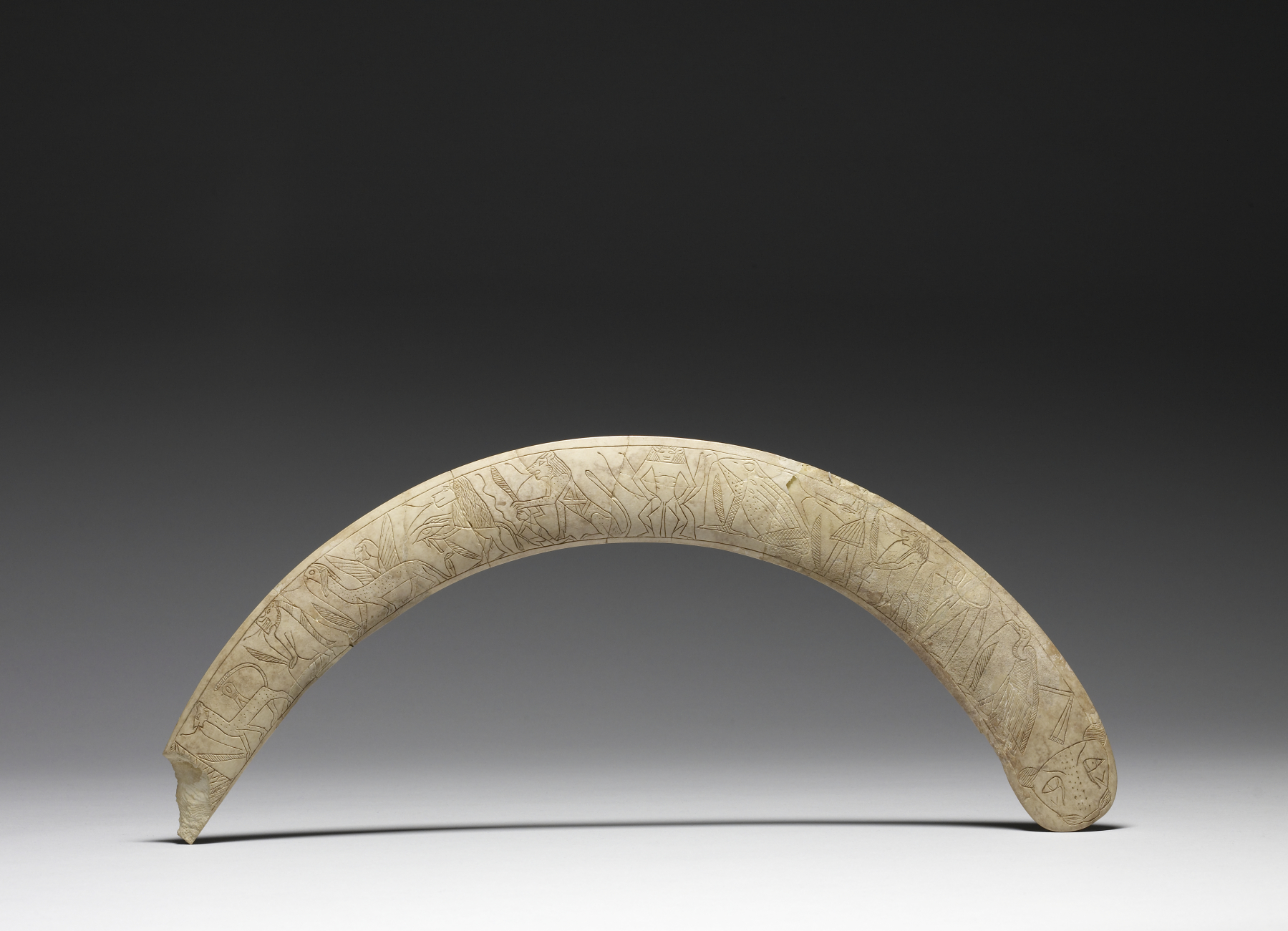 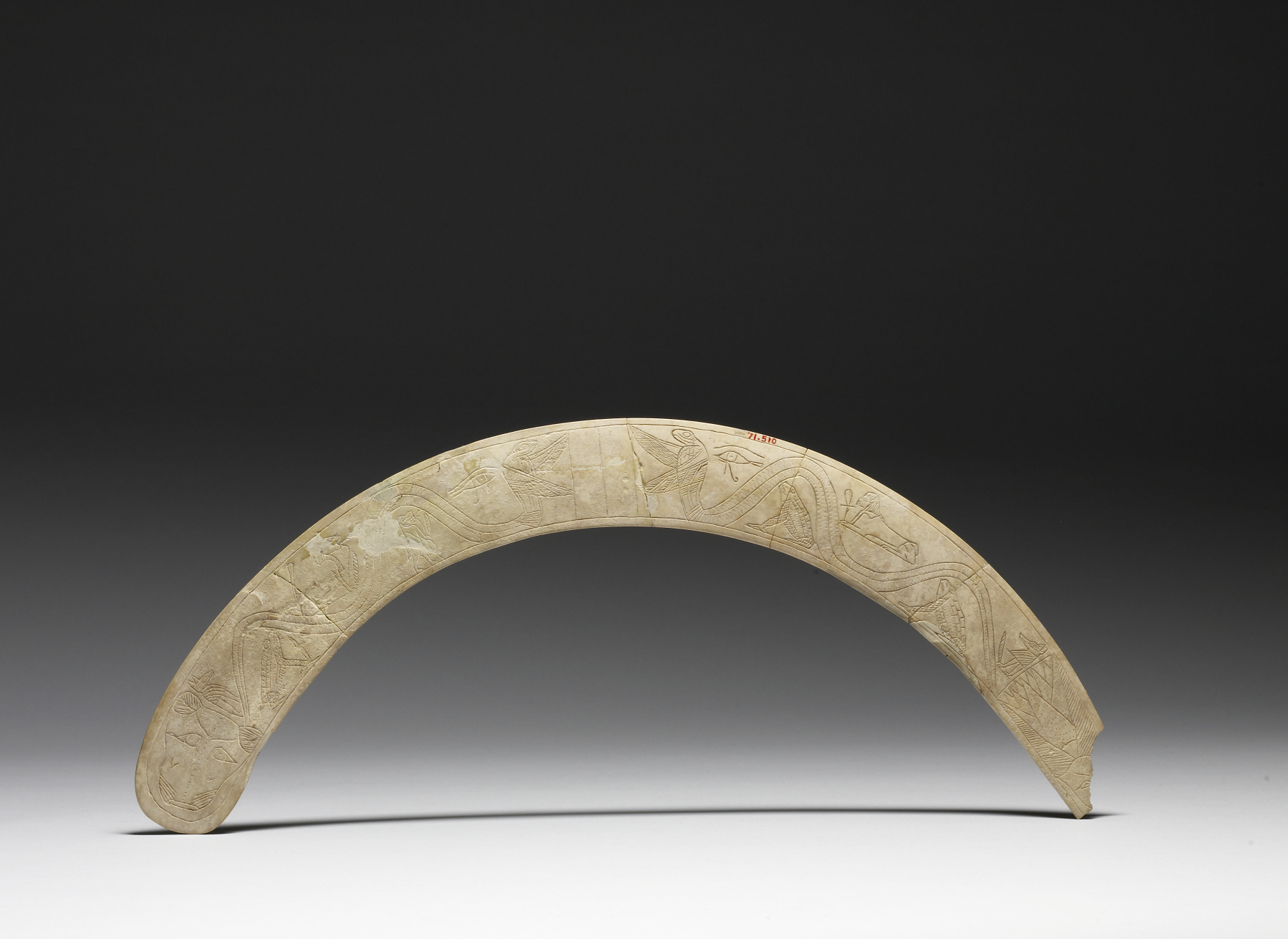 The curve of this wand follows that of the hippopotamus tusk from which it was made but its flat form is reminiscent of the curved throwing sticks used to catch fowl. Powerful protective deities, such as Taweret and Bes, are depicted together with protective uraeus serpents and other mythical creatures. Many of the figures brandish knives to dispel evil spirits.