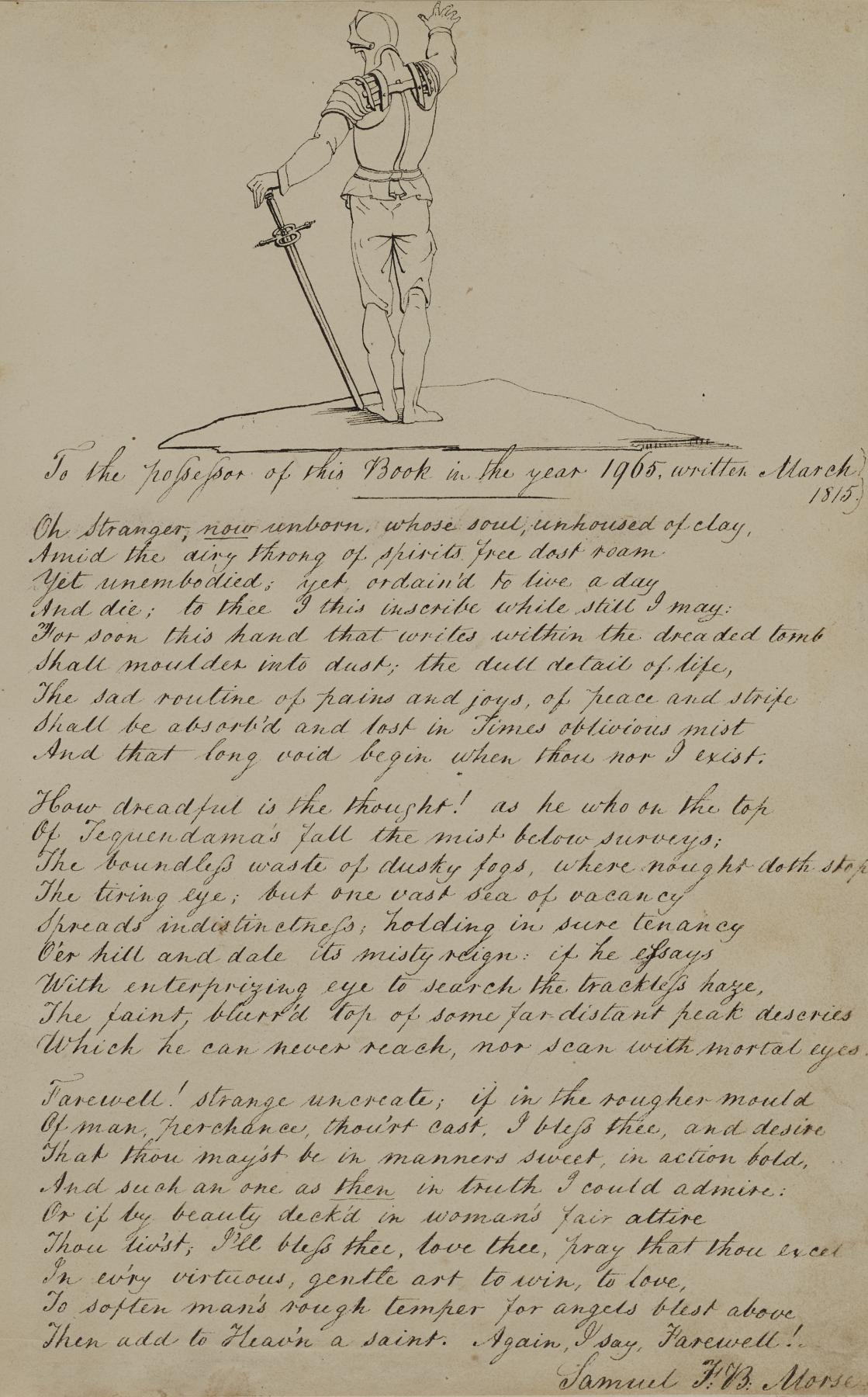 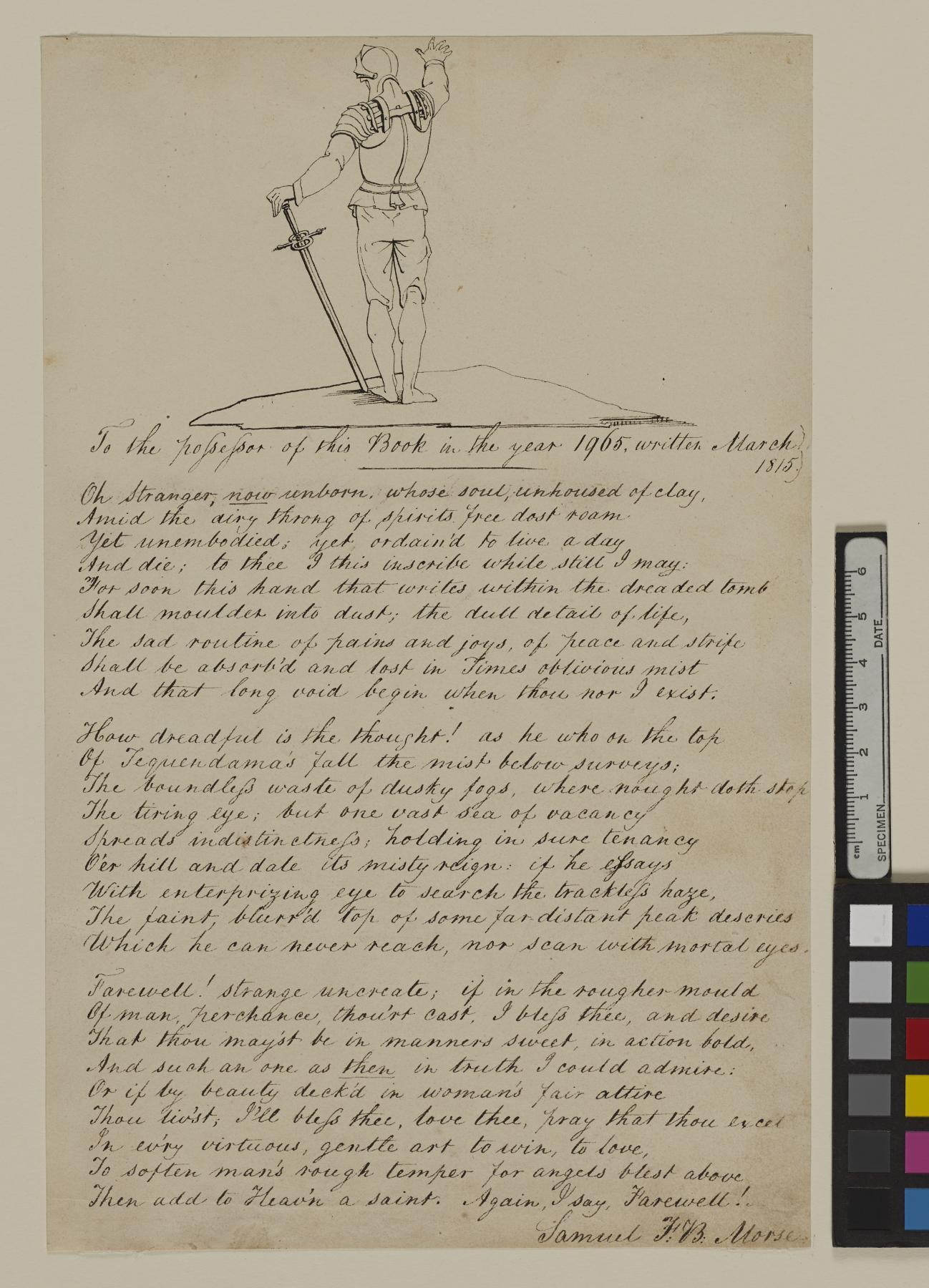 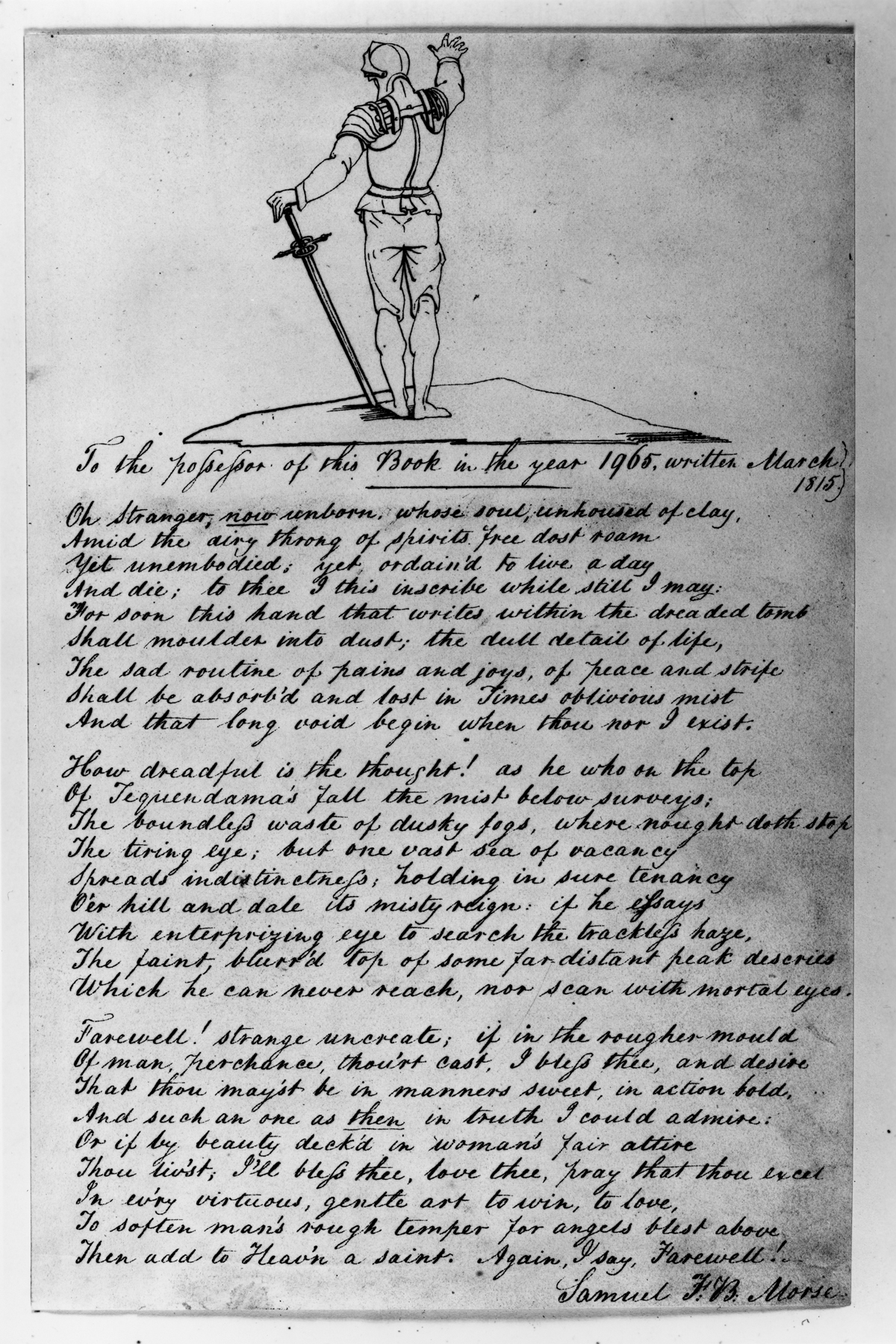 This ink drawing is a "holograph"- a document written entirely by the hand of the person whose signature it bears. With words and images all supplied by the same pen, holographs represented a particular claim to authenticity. These were sought after in the first half of the 19th century by collectors who would assemble them into albums. This holograph is likely to have come into the Walters' collection from that of another Baltimore collector, Robert Gilmor.

In this holograph by Morse, the poem, of the artist's own composition, dominates the page. The knight at the head of the poem gestures toward the distant future of 1965, where Morse imagines a reader so remote in time as to have neither form nor gender. His lofty tone and decorous call to virtue evokes sentiments similar to West's dedicatory inscription to the "youths of the United States of America" in another holograph of the almost the same date (WAM 37.1577).

[Signed at the end of the poem] Samuel F.B. Morse