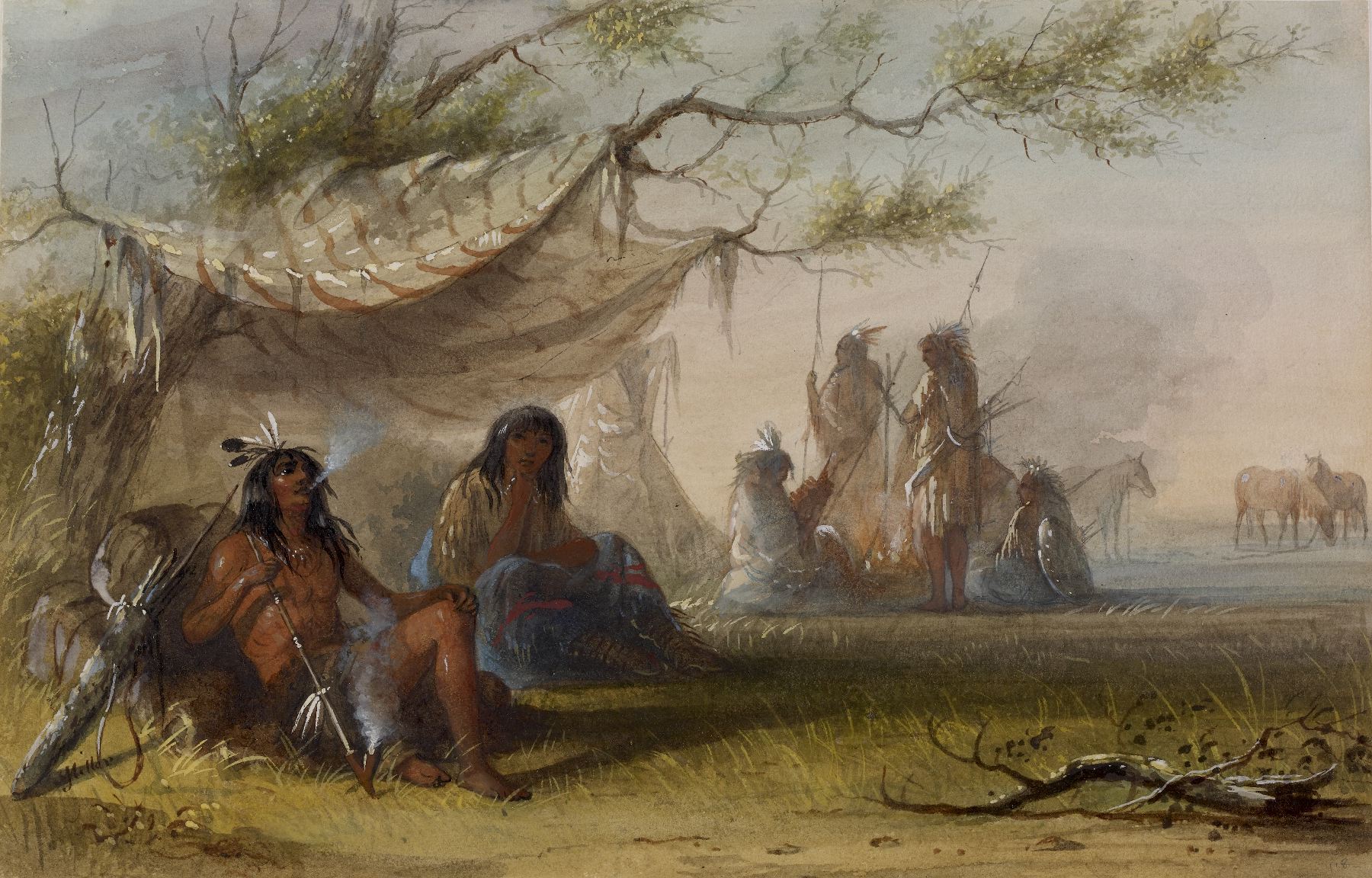 "Reclining against his Beaver and Buffalo packs the warrior is enjoying his dolce far niente while smoking his calumet. If disposed to be ceremonious, he throws his first two whiffs upward, muttering some words between;- the next in a similar manner towards the ground. Sometimes he varies the ceremony by merely throwing the stem upward, and then commencing to inhale (by way of variety), he exudes the smoke alternately - now through his nostrils, and again from his mouth, the fragrant fumes encircling above his head in a small cloud. At a little distance (screened from the sun by a blanket) is seated his mild and patient help mate, ready to receive his imperial orders and execute them with cheerfulness, and on the broad prairie beyond, his vassals encircle the campfire, roasting their meat, and all agog for any foray their pugnacious leaders may hit upon,- never in any case, you may be sure, for the benefit of his neighbors." A.J. Miller, extracted from "The West of Alfred Jacob Miller" (1837).