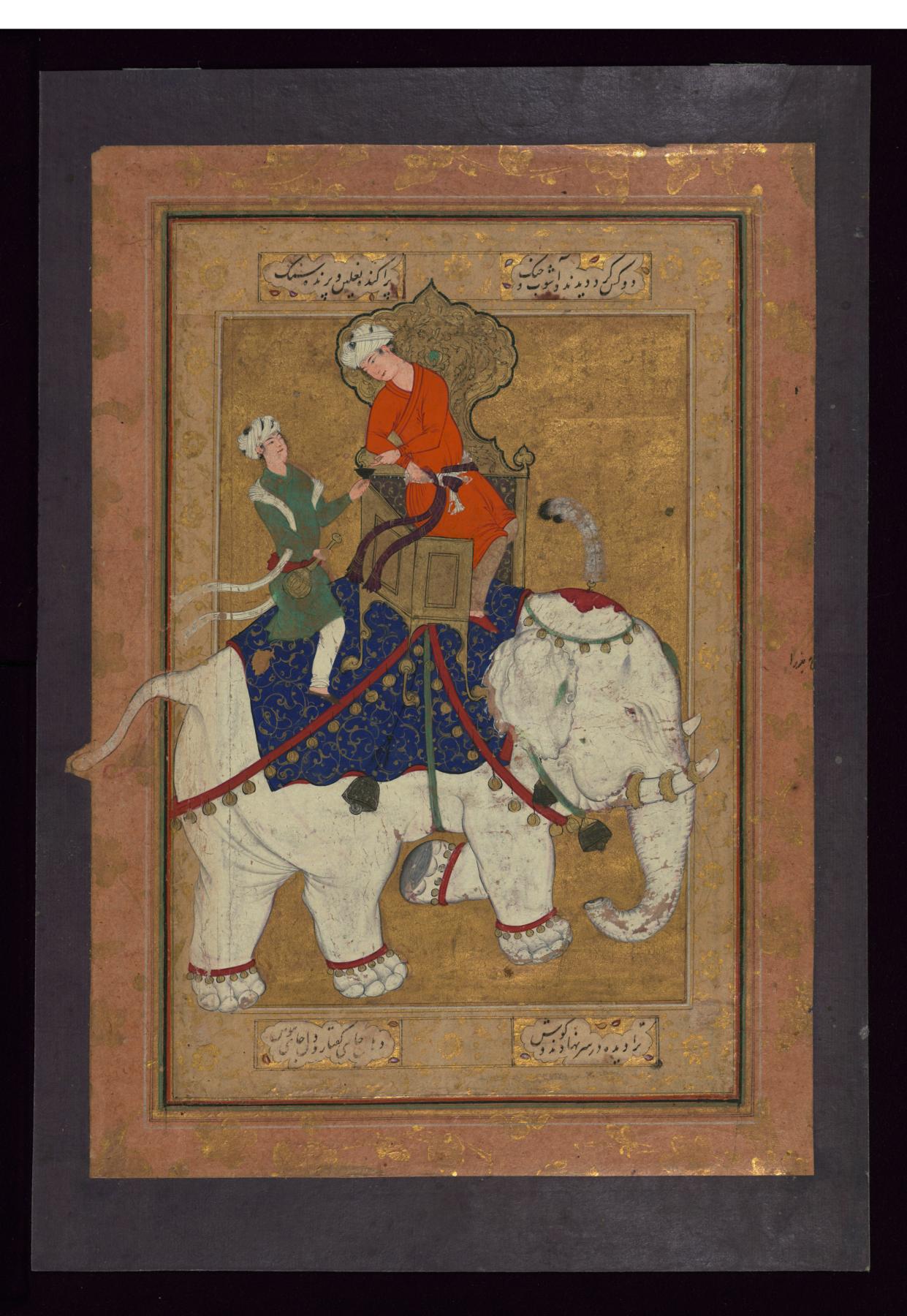 This Mughal painting of the early 11th century AH/AD 17th, Walters W.693, depicts 2 young men on a white elephant. The seated man is being served wine. The painting is surrounded by a frame of illuminated buff-colored paper with four panels inscribed with Persian verses written in black Nasta'liq script. The border is of salmon-colored paper with illuminated floral motifs. 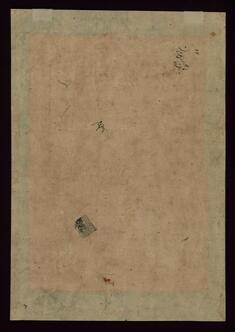 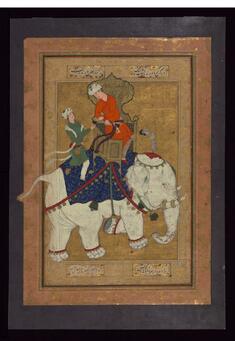