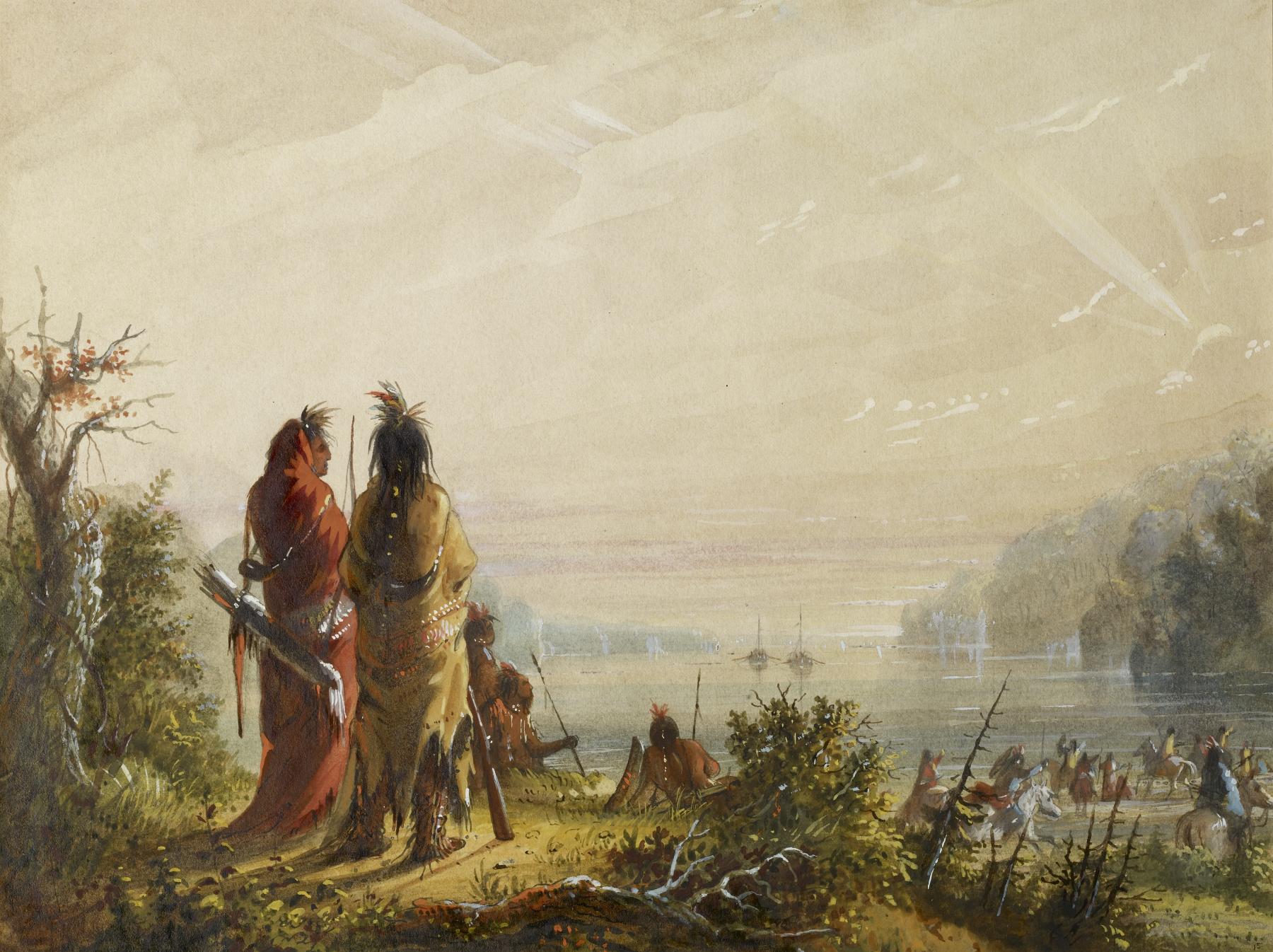 In 1837, Baltimore artist Alfred Jacob Miller journeyed to the frontier with the American Fur Company. Along the way, he made many sketches of Native Americans, concentrating particularly on their relationship with the fur trade. Miller commented on the conflict between the traders and the Shoshonee: "In passing down the Platte, the American Fur Comp[any]'s boats are constantly liable to attack from hostile Indians prowling on the banks . . . it is a dark day for the 'voyageurs' if the boat should run aground. . . ."