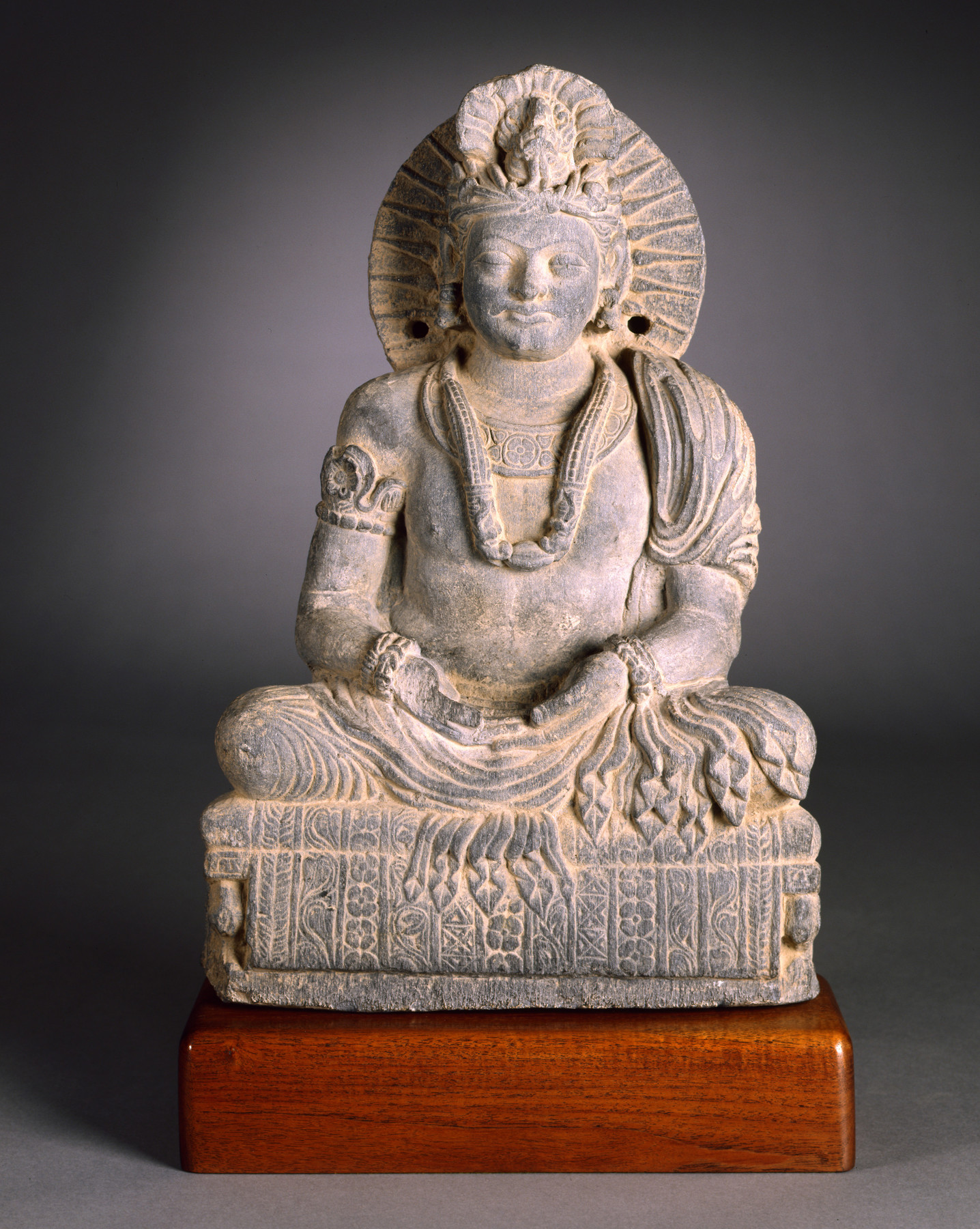 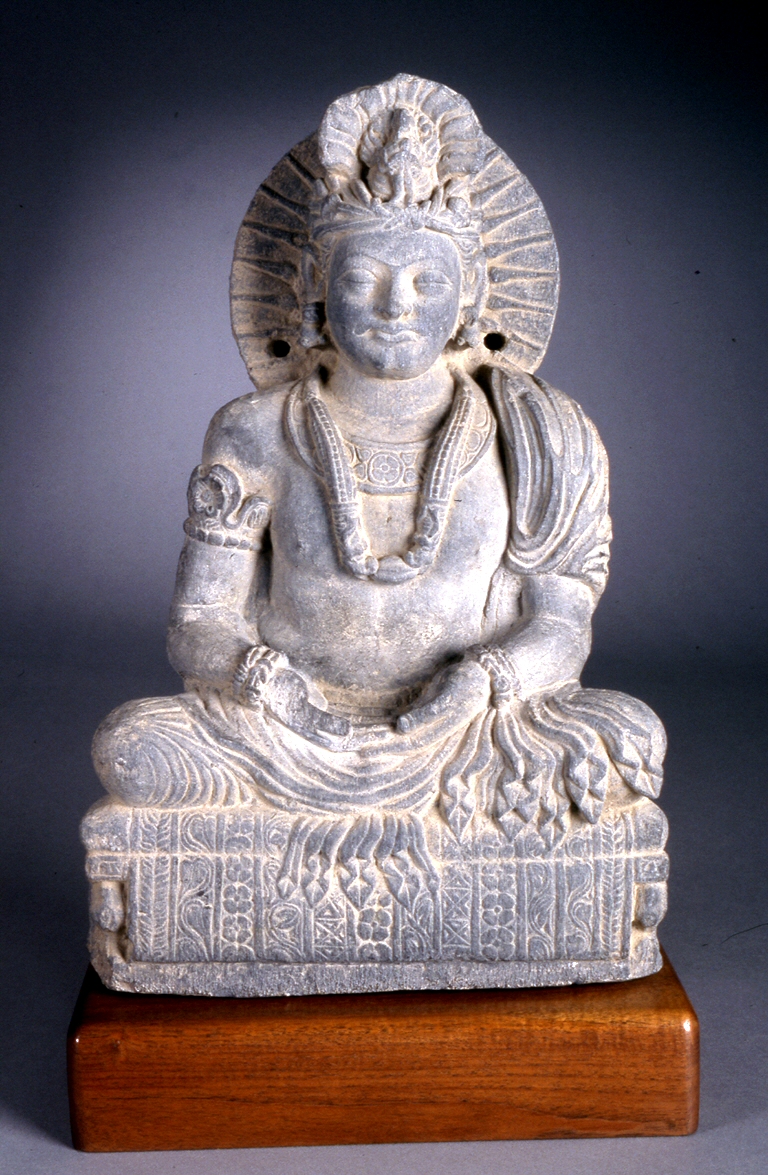 Before he became a Buddha (enlightened one), Shakyamuni was a bodhisattva (future Buddha) who lived a sheltered life as a prince in a royal palace. Shakyamuni prior to his enlightenment was the model for the class of divine beings known as bodhisattvas-eventual Buddhas who spread compassion and other virtues in the world, and who served as ideals for the princely patrons who supported the Buddhist monasteries of Gandhara. The bodhisattvas of Gandhara can seldom be identified with specific names. This one is notable because of his flaming halo.