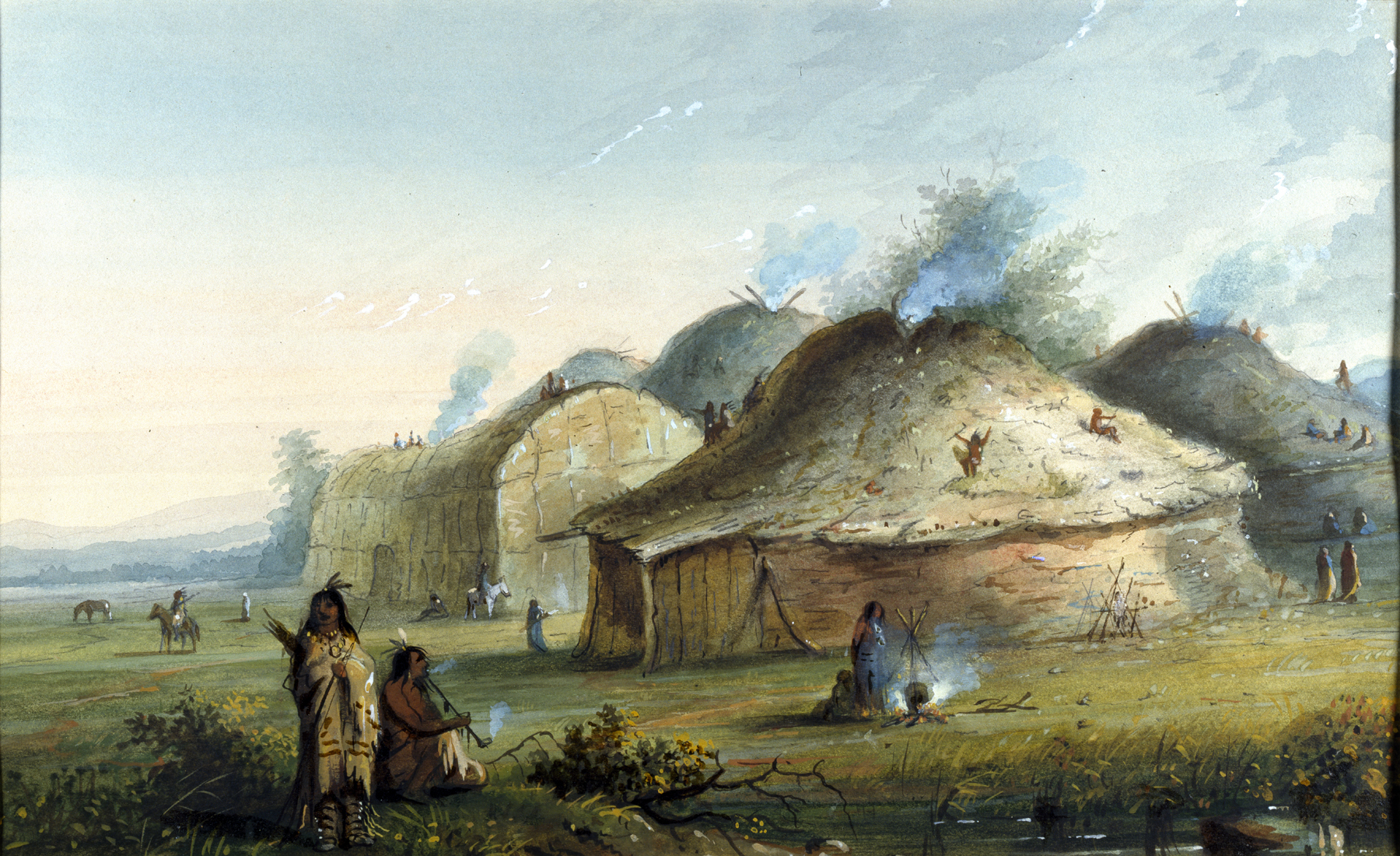 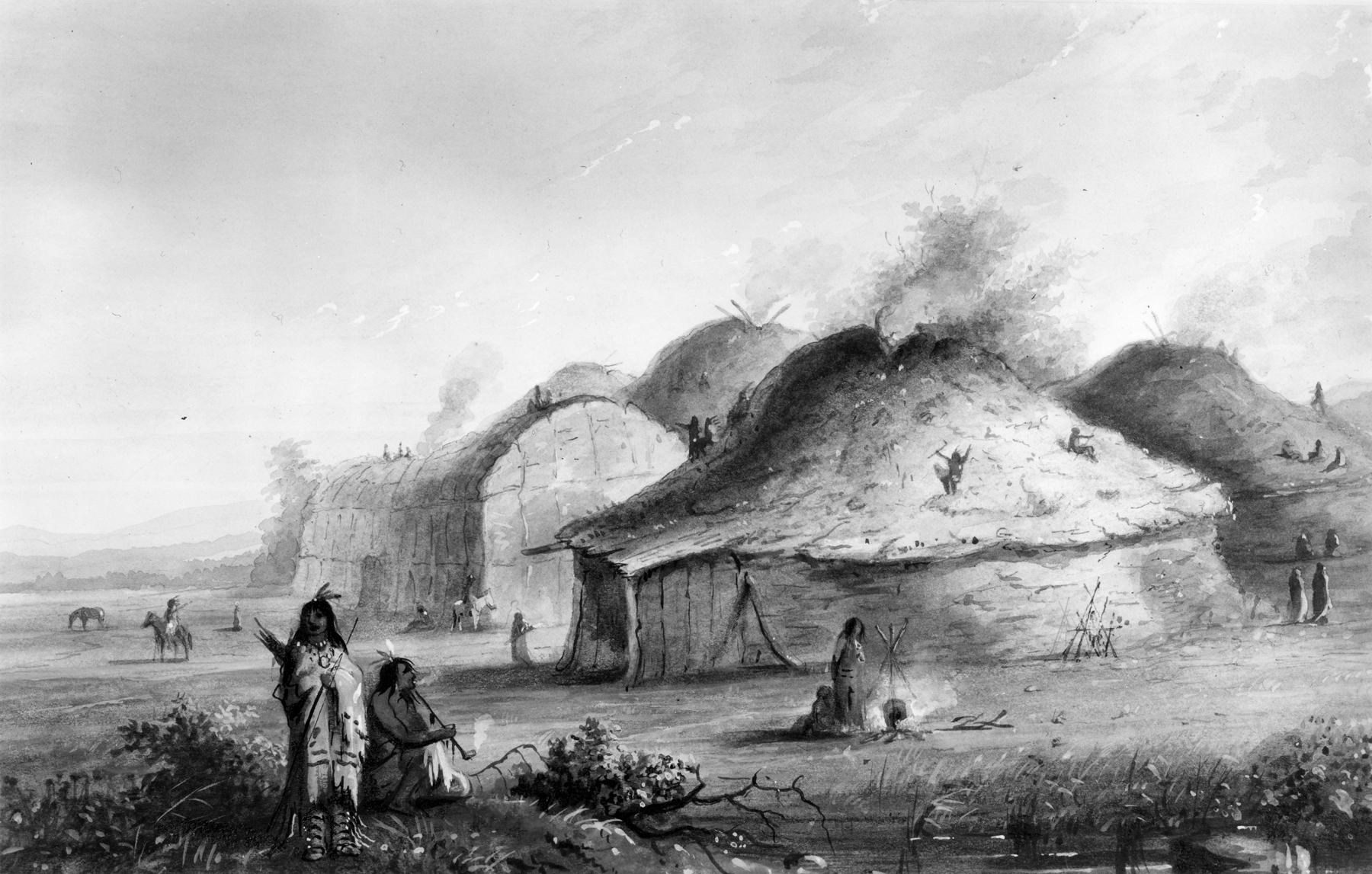 The principal lodge, says Miller, is sixty to seventy feet in diameter with a domelike roof perhaps forty feet high in the center. The only light comes through a six-foot aperture at the top, which also permits the smoke to escape. Miller compared the whole effect to the Pantheon at Rome. Extracted from "The West of Alfred Jacob Miller" (1837).