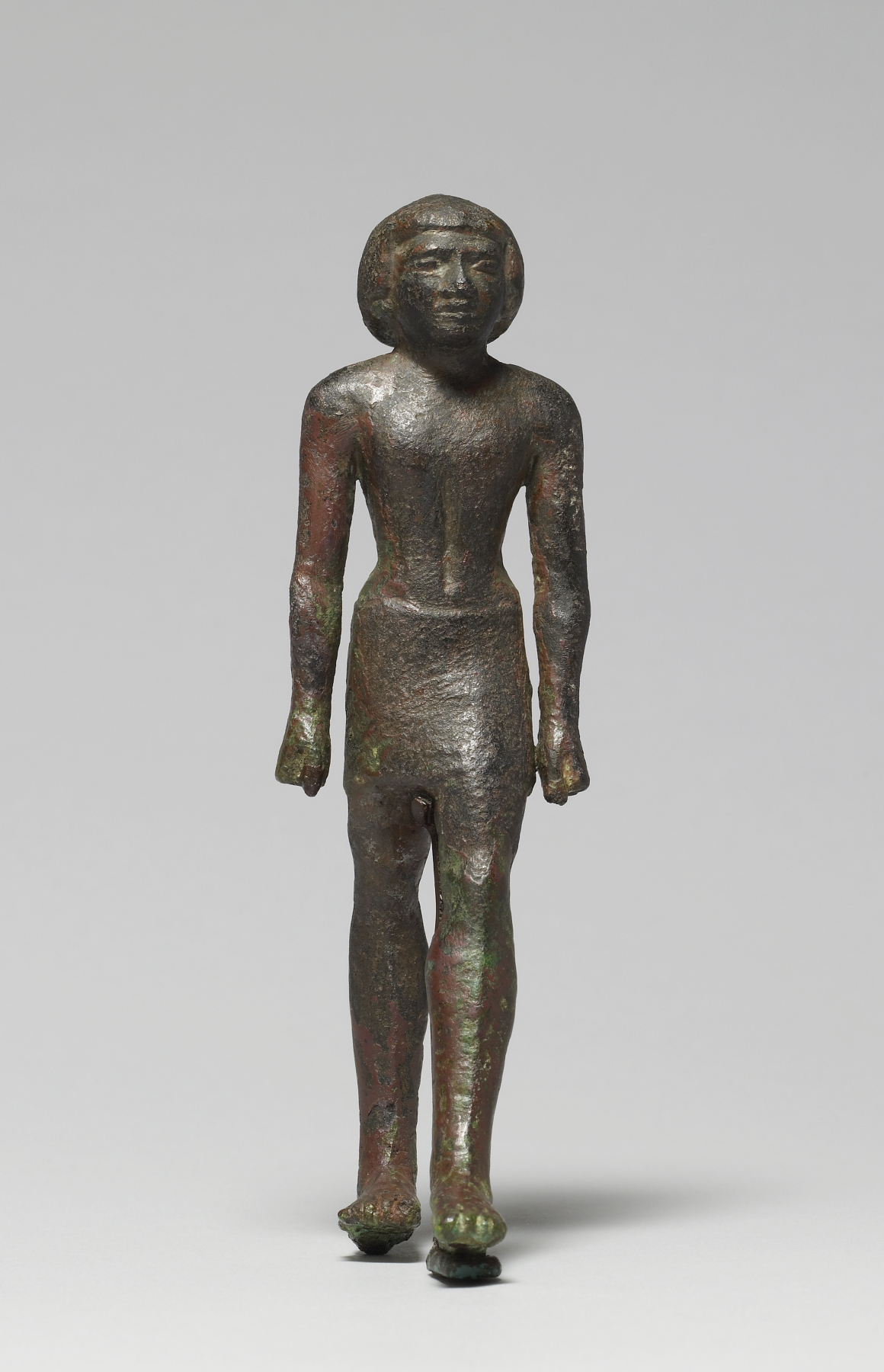 Copper figures were rare in the 3rd millennium BCE, and the few examples represent kings and, during the Middle Kingdom, also some high officials. However, this statuette of a private man dates as early as the Old Kingdom and is, therefore, unique. It has lost its original base and, wit it, the name and title of the owner, but the material itself indicates that he must have been an important person. The figure was solid case and may have been placed in the tomb of its owner.

The man stands with the right leg forward and clenched fists. He wears a short kilt and a very simple wig, which does not show evidence of any decoration. The smoothed surface reveals the delicate and careful modeling of the thick lips and wide open eyes, with the head placed on a short stubby neck. The torso has a bipartite division. The feet have stubs with a sign of breakage. The stubs originally held the statuette in place on its base.