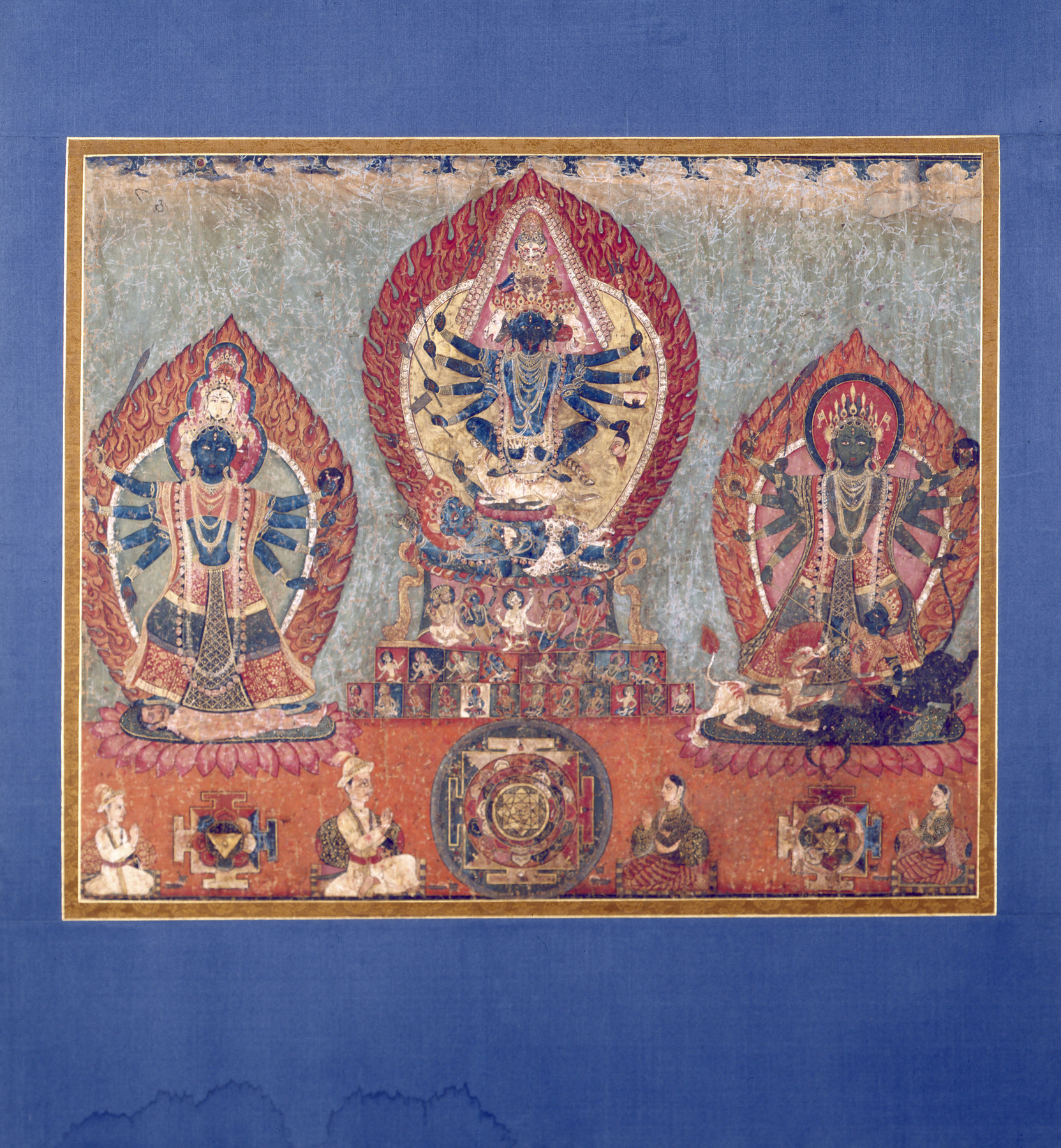 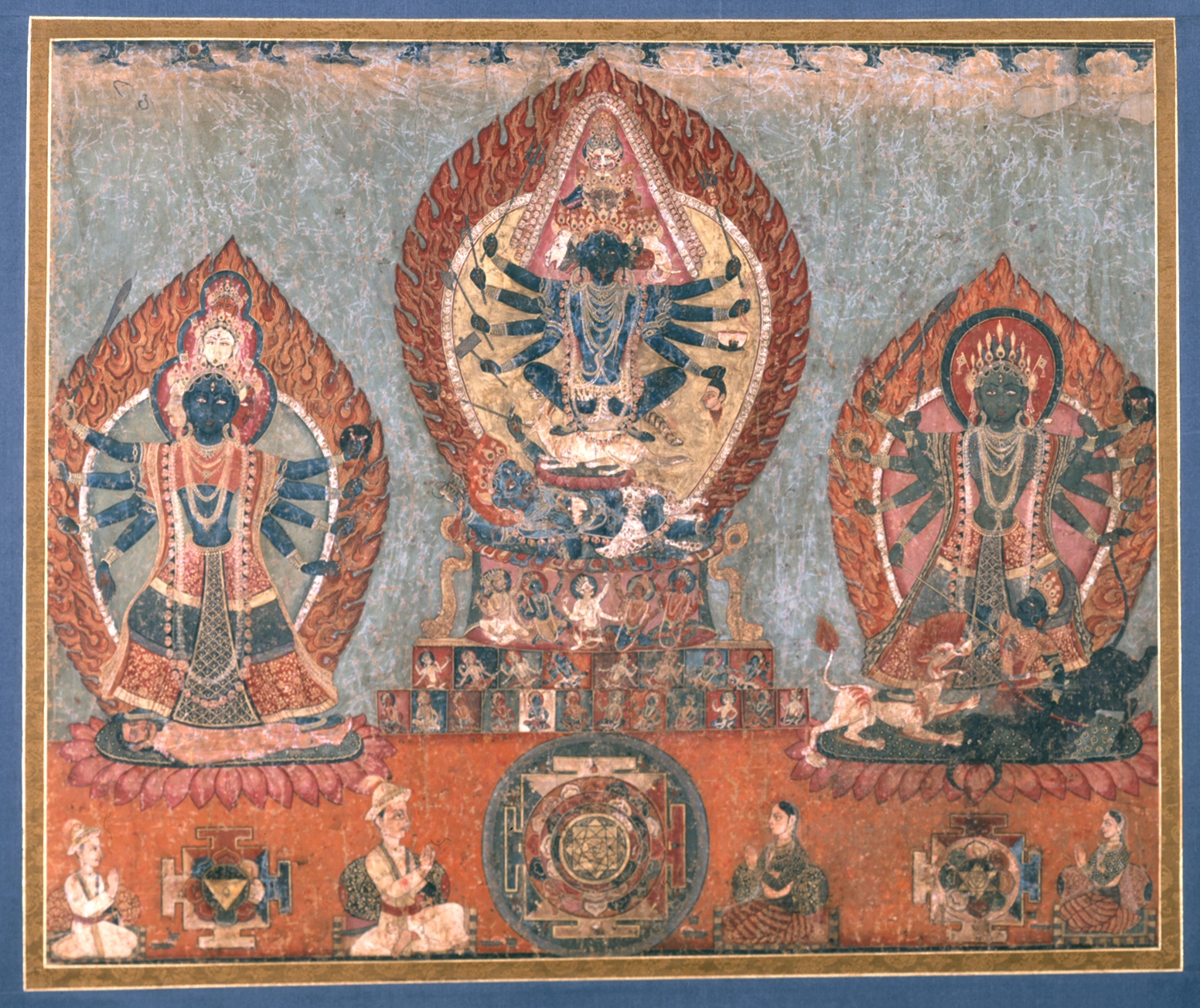 These three goddesses powerfully embody "shakti," the divine feminine energy that activates the cosmos, according to many traditions of Hindu thought. The central goddess, with a pyramid of animal heads, is an esoteric form of Kali, squatting on a jackal and dominating over a prostrate Bhairava, an angry form of the god Shiva. On the left is another form of the dark blue Kali, standing atop a male corpse. To the right is Durga, vanquishing the buffalo demon with the help of her lion.

Below each goddess is a "yantra," a sacred diagram that functions as a tool to focus the mind during meditation. In Hindu Tantra, each goddess is associated with a specific yantra that serves as her geometric representation. Devotees worship a goddess both in her figural form and as her yantra. The clothing that these devotees wear marks them as members of Nepali royalty.