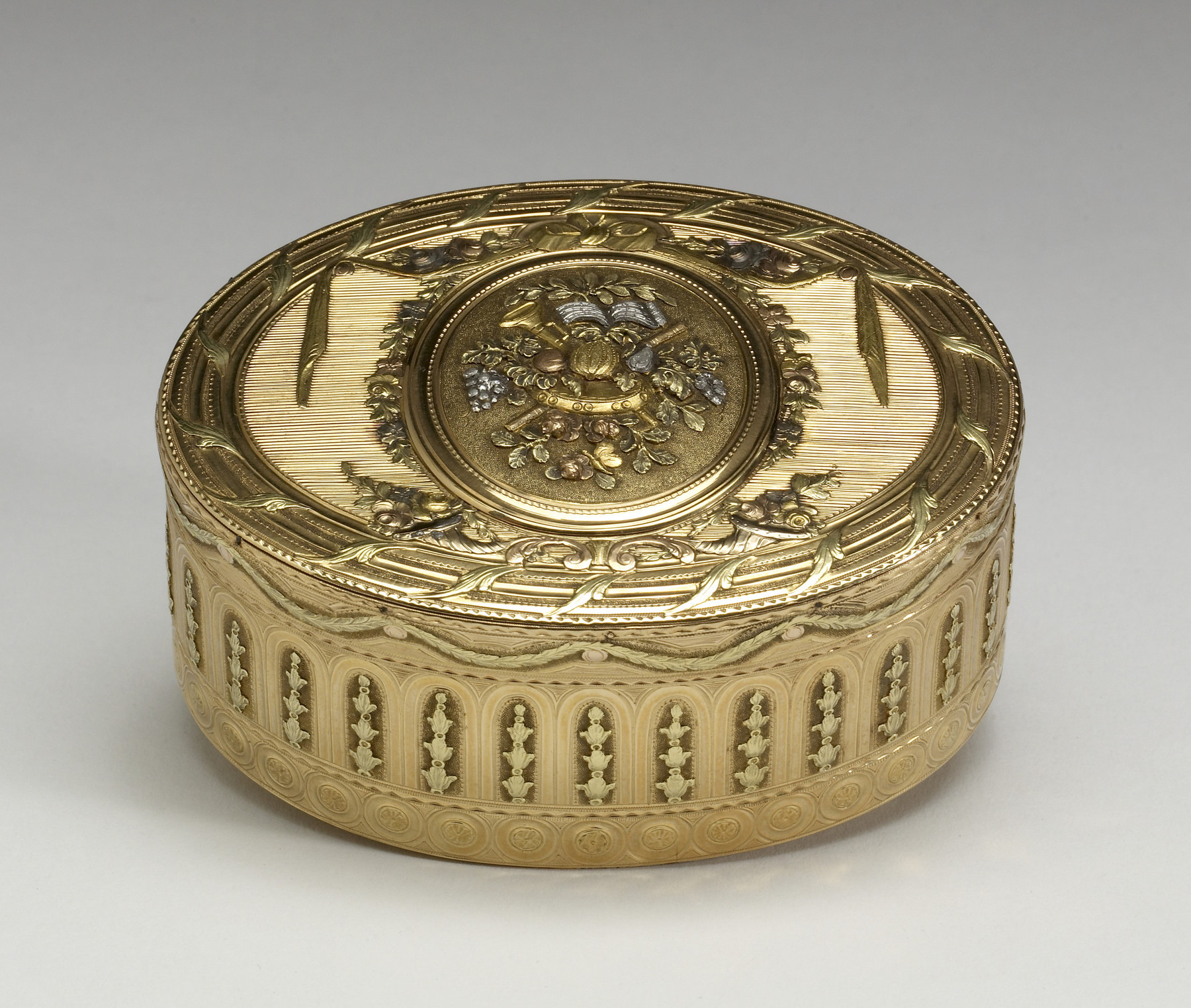 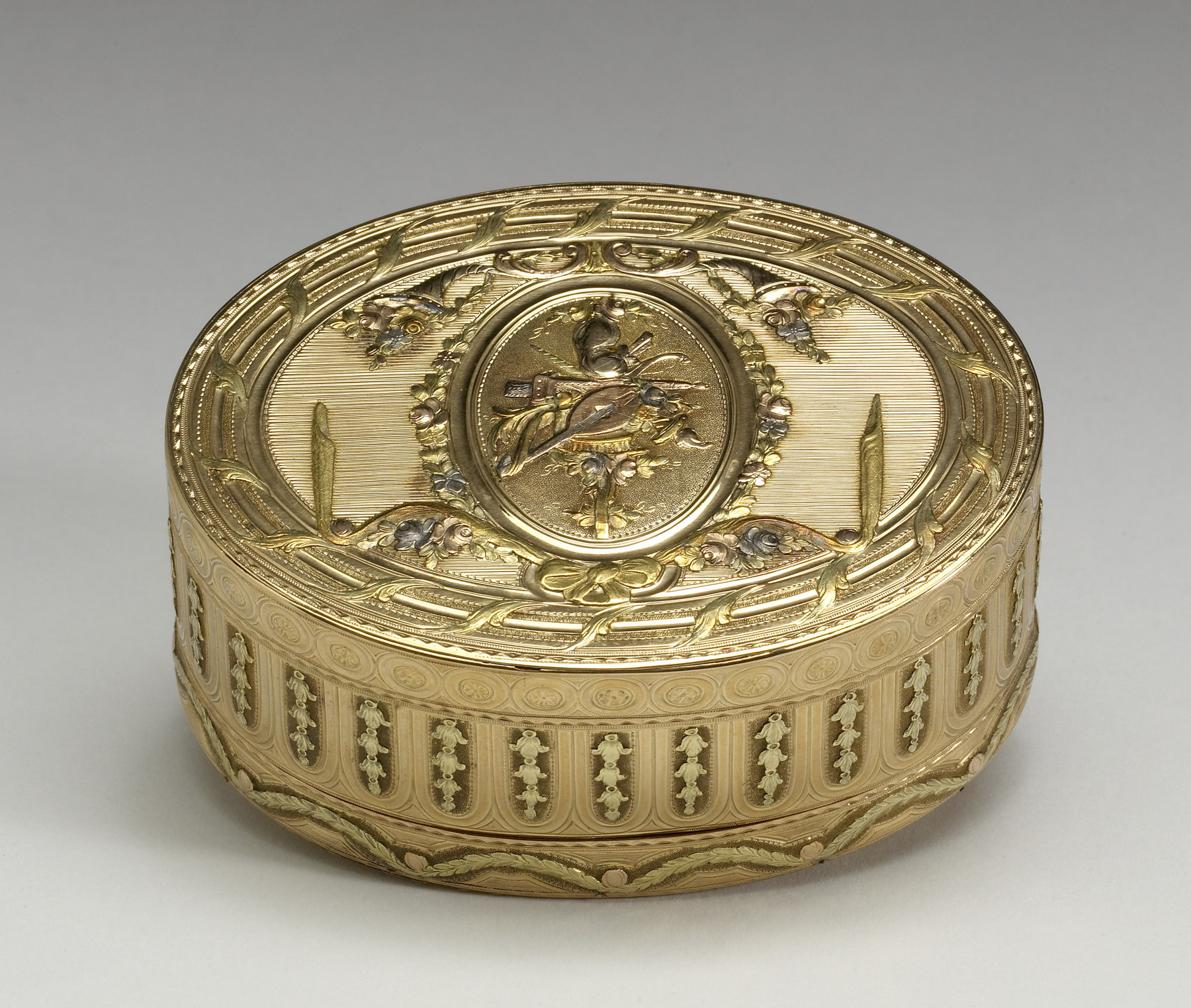 As demonstrated by this box that originally belonged to Princess Mary, a daughter of King George III of England, the goldsmith can vary the color of gold by alloying (combining) it with other metals. The colors vary depending on the metals used. The introduction of copper results in red, silver in green, and platinum in white. This technique, which was perfected during the 18th century, is known as "quatre-couleur" (four-colored) regardless of the number of colors used.