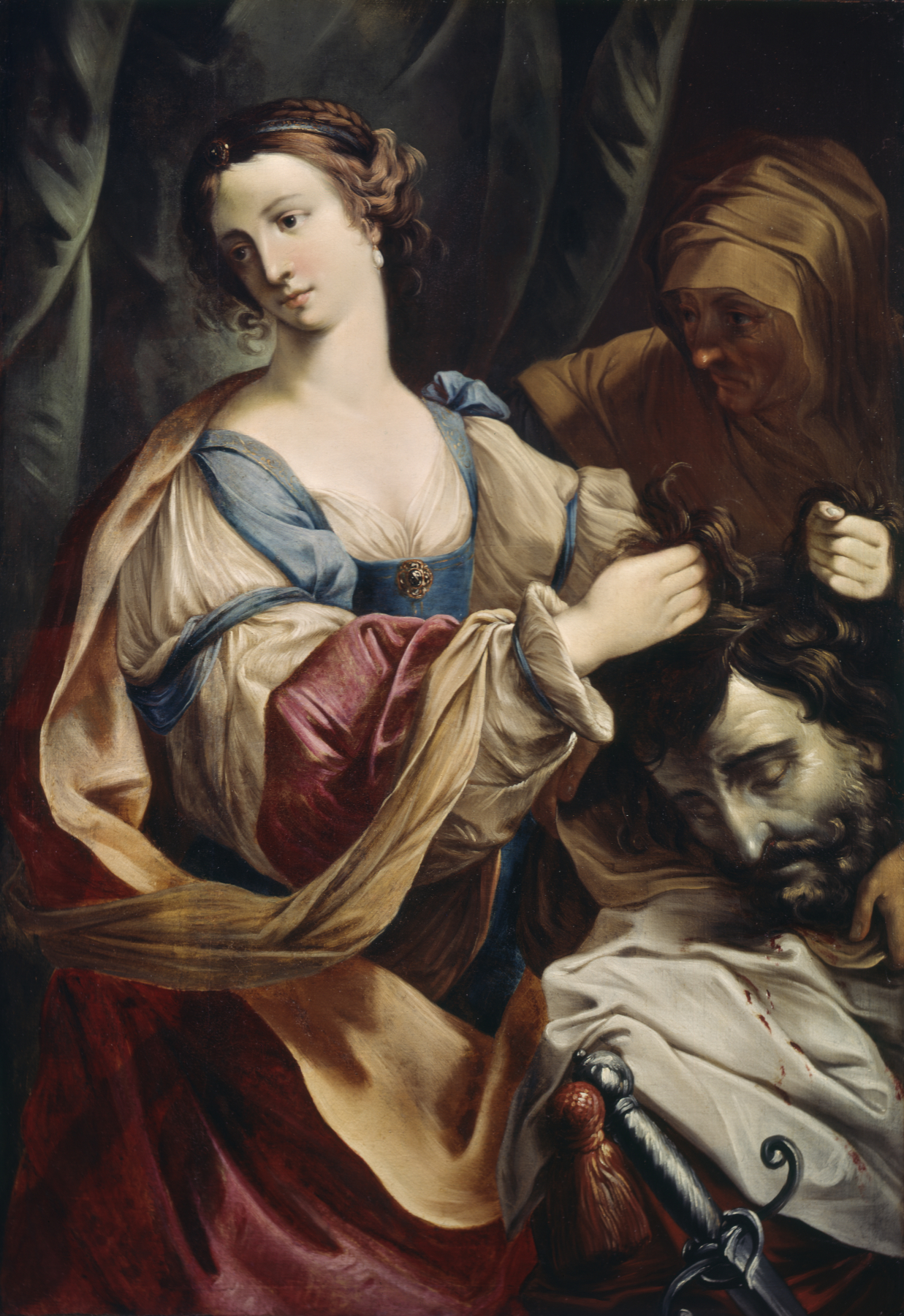 Judith with the Head of Holofernes

According to the Book of Judith, the Jewish widow Judith saved the Israelites from the Assyrians by decapitating their general Holofernes, whose army had besieged her city. She did this after having made him drunk at a banquet. Judith is commonly depicted as being assisted by an older maidservant in placing the head in a sack. The contrast between Holofernes's crude features and the heroine's beauty underlines the moral message of the eventual triumph of virtue over evil.

The Bolognese painter Elisabetta Sirani based her style on that of Guido Reni (1575-1642), who was admired for his idealized depictions of women, as in his Penitent Magdalene (Walters 37.2631). This painting is close to her style but it also appears to owe something to that of her father Giovanni Andrea Sirani.