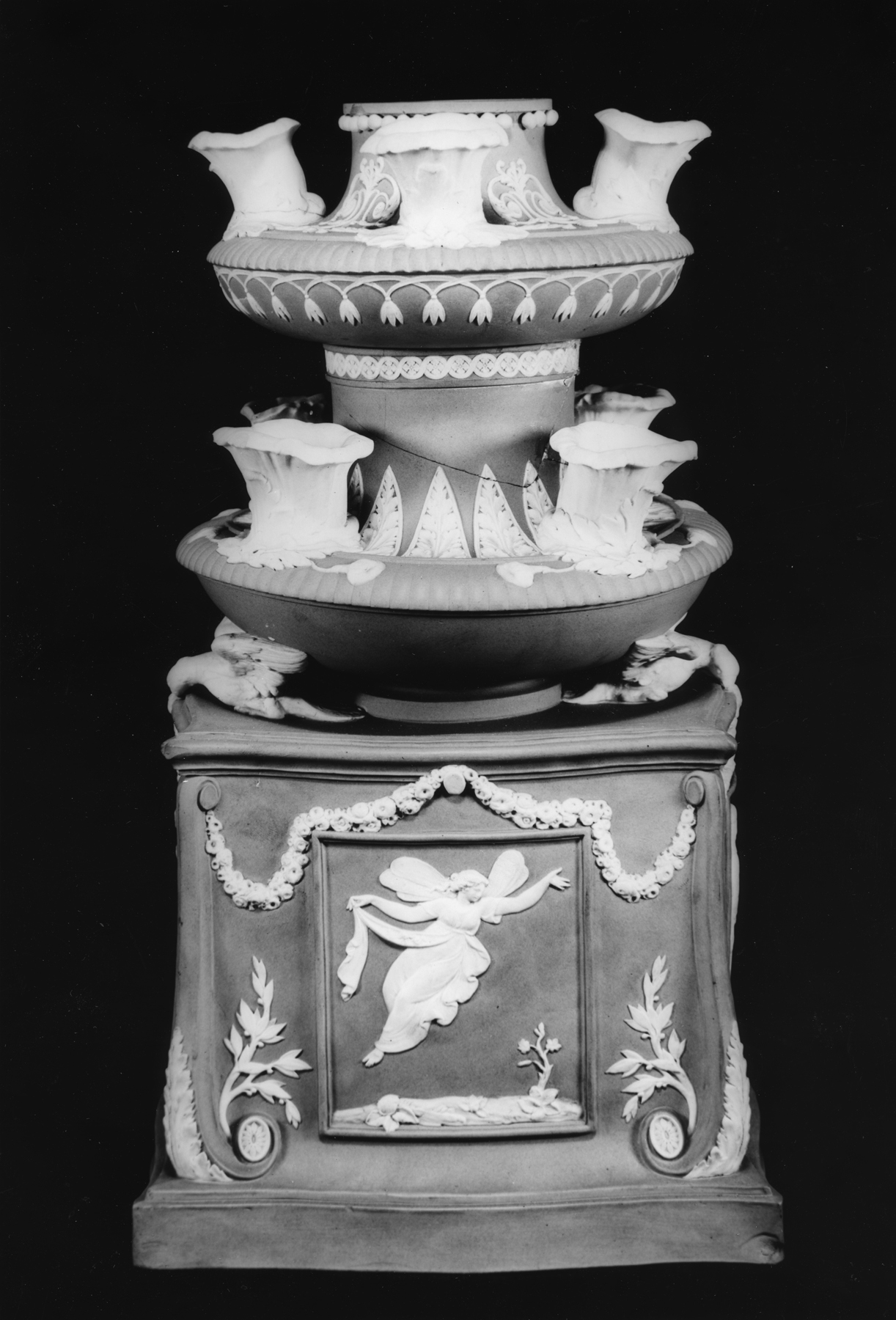 This jasperware tulip vase has a blue ground and is decorated with a white relief. The vase comes in two joining parts. The lower part is cracked and has been repaired. The vase may be missing its top section, which would have been in the form of an obelisk with additional tulip cups (see illustration in Robin Reilly, "Wedgwood: The New Illustrated Dictionary," p. 432). Tulips would have been inserted in the eight cups arranged here in two levels (in two sets of four) around the vase. The shape of these cups recalls the form of these flowers. The base is decorated with a relief showing a winged figure, like a fairy, as well as garlands and classical motifs. A drawing of this piece appears as Shape No. 291 in a factory shape drawing book. It is thought that few of these types of vase were ever made, and the literature on Wedgwood often notes that none are known to have survived in jasper. This piece may therefore be a rare exception.